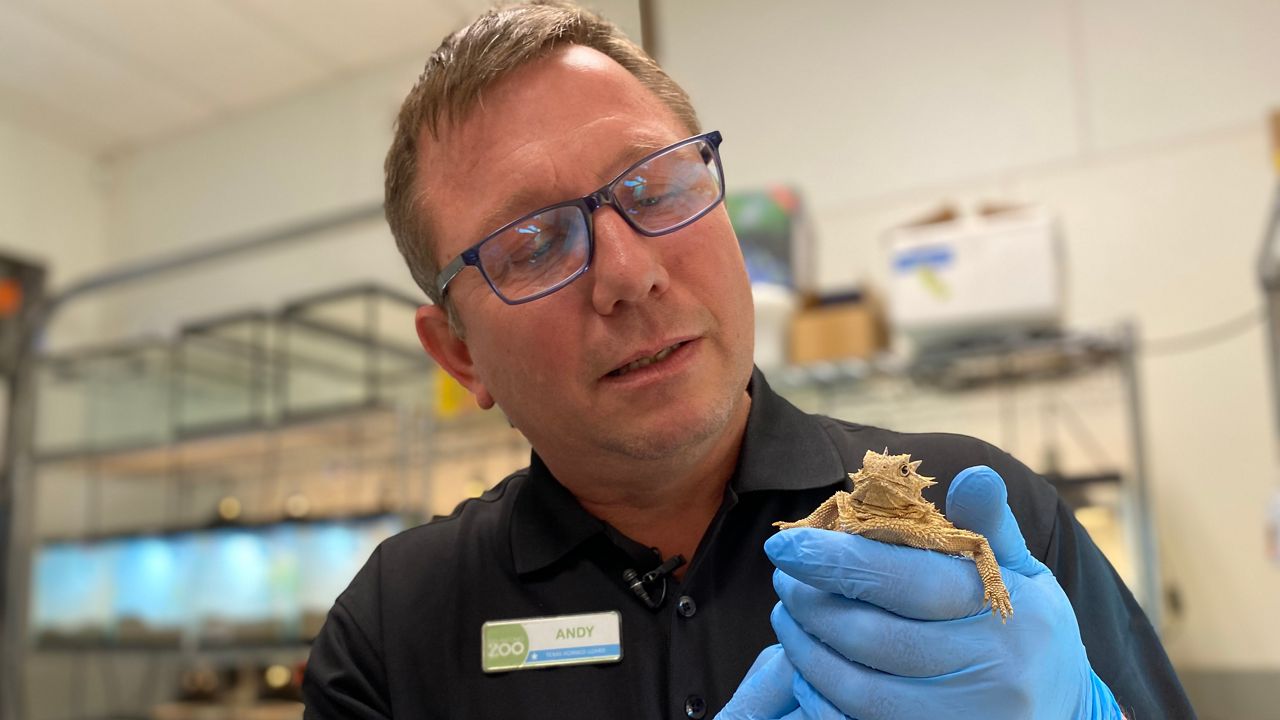 TEXAS — Texas conservationists just missed out on millions of dollars to protect critical wildlife and ecosystems vital to the state.

The Recovering America’s Wildlife Act (RAWA) failed to pass through U.S. Congress, which would’ve allotted millions of dollars annually to conservation efforts that are often overlooked or left out of funding opportunities.

And one of those projects is to help restore Texas’ state reptile, the horned lizard.

There are 50 breeding lizards at the San Antonio zoo’s Texas Horned Lizard Re-introduction Project. This species is state listed as threatened, which means you can't buy, sell or take it out of the wild. Their populations are dwindling and so is their habitat. The exact cause of the Texas horned lizard decline is still unknown, but one of the main factors is loss of habitat from development.

Dr. Andy Gluesenkamp has dedicated most of his career to protecting reptiles like the Texas horned lizard. The former Texas Parks and Wildlife Department employee is now the project leader of what is affectionately known as the Lizard Factory. It’s tucked away on the zoo property. The team operates in a small room inside a shipping container. Despite its size, the research is critical to preserving these cute critters which are more than just a state icon, they are critical to Texas’ ecosystem.

“This species has disappeared from places where people knew them and loved them over the past several decades,” Dr. Gluesenkamp said.

While mammals and birds have mostly reliable funding, reptiles like horned lizards do not, and they are also ineligible for current financial resources. 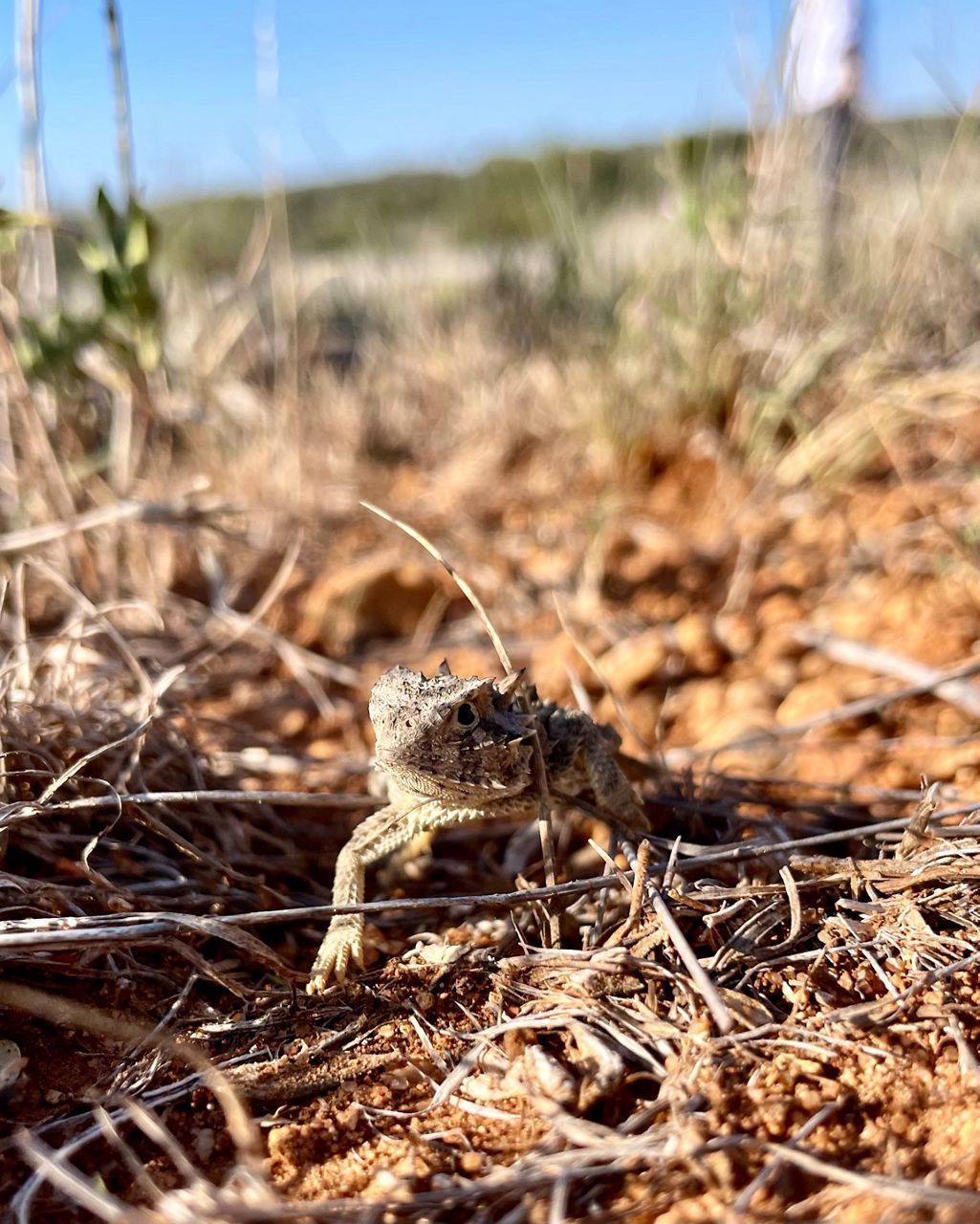 That’s where the Recovering America’s Wildlife Act would have stepped in had it passed. RAWA would have allocated more than $50 million annually to Texas conservation projects like the Lizard Factory.

“RAWA funding would have gotten us the support that we needed to basically build this out,” Dr. Gluesenkamp said.

In a written statement he said:

“When we have year to year appropriation (as in the case of the State & Tribal Wildlife Grant program), we can’t invest with confidence in long term habitat restoration or species recovery…Since [RAWA] offered long term funding viability, we could have made investments with 10 year payoffs, and we could have formed partnerships with landowners to do long term habitat restoration beyond the one or two year time frame.”

Most of the real work at the “Lizard Lab” is going on outside of the four walls at the zoo’s facility. Through a partnership with land owners, the project has bred and released around 200 horned lizard babies back into the wild since its establishment in 2017. The goal is to release 200 babies annually, which would be a lot easier to reach with RAWA.

“We can’t even pretend to bring them back to a small area without other entities involved,” Dr. Gluesenkamp said.

While losing RAWA funding was a major blow, it’s not a total loss. There is some hope lawmakers in Washington will reintroduce RAWA to Congress again. Heilbrun says several peole are interested in working on RAWA during the 118th Congress.

“They’re talking about reintroducing RAWA in this session,” he said. “One thing we’ll be watching is what kind of long term opportunities a new bill would provide natural resource managers.”

“I’m very optimistic that this is not gone forever,” Dr. Gluesenkamp said.

Until then, Texas horned lizards have their popularity to fall back on. 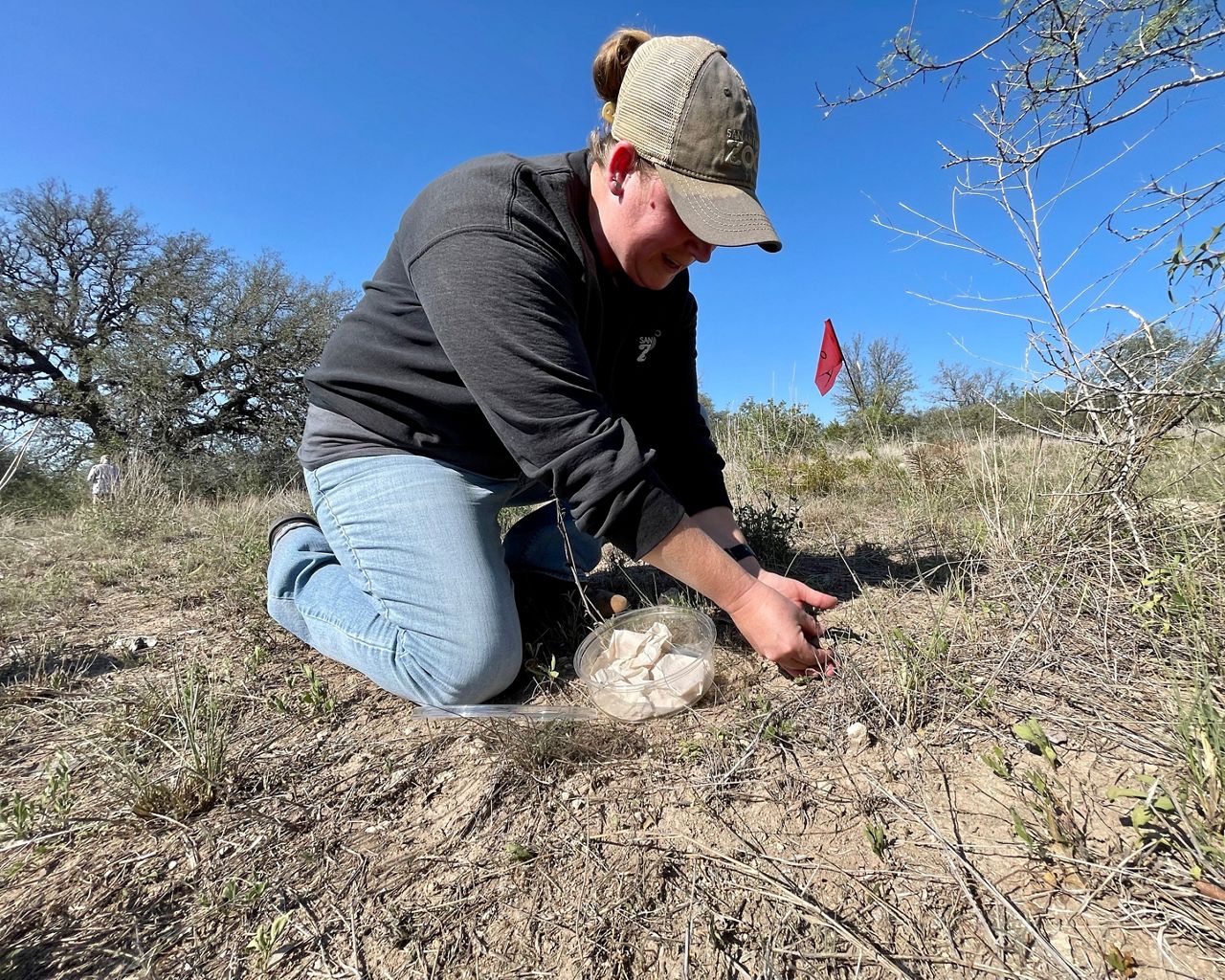 A volunteer attends to a Texas horned lizard. (Courtesy of San Antonio Zoo)