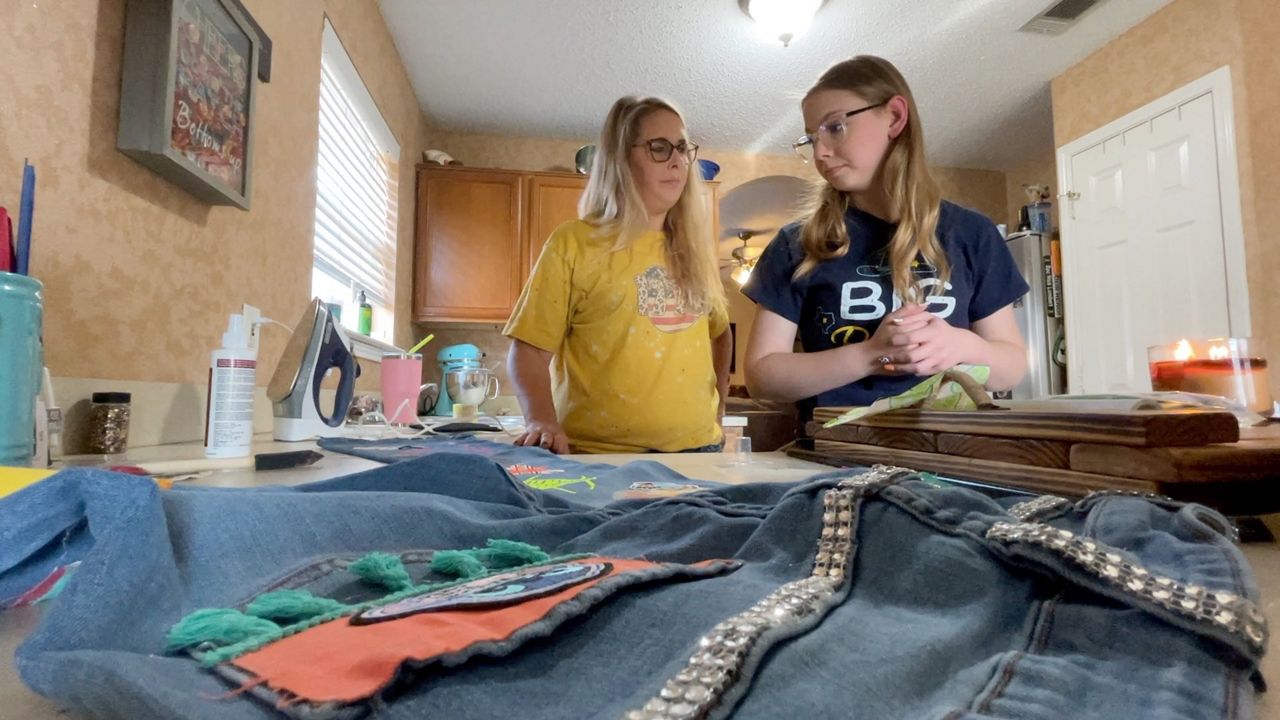 Following attempted suicide, teen shares her story to provide hope to others

FORT WORTH, Texas — Payton Singh loves her animals. She shows goats as part of the Keller FFA and has six pets at home, from dogs to a bearded dragon. The 17-year-old plans to become a veterinarian, but four years ago it was uncertain if she would live.

At 12 years old, Singh attempted to take her life. Her 8-year-old brother found her and called 911. For 12 minutes, her brain went without oxygen.

“The only memory I have of waking up was when we were at a hospital in Houston and I remember waking up and asking my mom if this was real,” said Singh.

Prior to being transferred to Houston, she was rushed to Cook Children’s pediatric intensive care unit (PICU). She spent weeks there.

“From her flatlining to checking her dilation of her eyes or the machines to see how often she was breathing by herself,” said Brandy Lumbert, Signh's mom.

Doctors prepared her family for the worst. Suicide is the second leading cause of death in people between the ages of 10 to 24 according to Dr. Kristen Pyrc, adolescent psychiatric at Cook Children’s.

Signh shared with Spectrum News that she didn’t feel well mentally and knew she didn’t deserve to feel that way. She didn’t seek out help and just before she attempted to take her life, Singh saved a friend from doing the same.

“I was just giving him any reason to just not do it at the moment,” said Singh. She kept him on the phone and called police. “His mom just found me later like, 'oh my God, thank you.'”

But nobody knew the then 12-year-old was struggling.

“Kids and teenagers are remarkably good at compartmentalizing, so they can put all of those heavy, dark feelings in a box and move forward through their day,” Pyrc said.

In 2021 Cook Children’s saw more than 434 minors for suicide attempts and had 1,508 consultations. Cook Children’s screens every child for mental health that visits the hospital, clinics and specialty offices. The kids are asked suicide questions. In the first year the screen questions were used, 23 kids were able to be helped and provided resources. Singh says she was able to hide her feelings well.

Although her mom has always been there for her, she is more vigilant now.

“It's not that I missed anything or she showed signs it was a mask, a really good mask I feel,” said Lumbert.

She emphasizes to parents to talk and keep an eye on what they may be doing.

“She's 17 now, and at any given moment, I will grab her phone and go through her social media or text messages, not because I don't trust her,” Lumbert said, “but that's always going to be back in my head. Like, why hasn’t she answered her phone, what is she doing? Or, you know, she's texting somebody, but she's very, like, really secretive.”

Lumbert is trying to find a balance. Dr. Pyrc agrees that conversations about mental health are important between parents and kids.

Signh has found comfort in her animals and talks to her parents about her feelings. Lumbert says she will ask her too. It’s constant communication. Dr. Pryc advises parents or teachers who may be concerned to seek help early, talk to their primary care doctor or school counselor. Signh shares her story in hopes others will know they aren't alone.

"I don't like what I went through and I feel that other people wouldn't like if they're going through the same thing so basically to help them get out of that mindset," said Signh.

If you or anyone you know may be struggling with mental health or suicidal thoughts contact the Suicide and Crisis Lifeline 988.