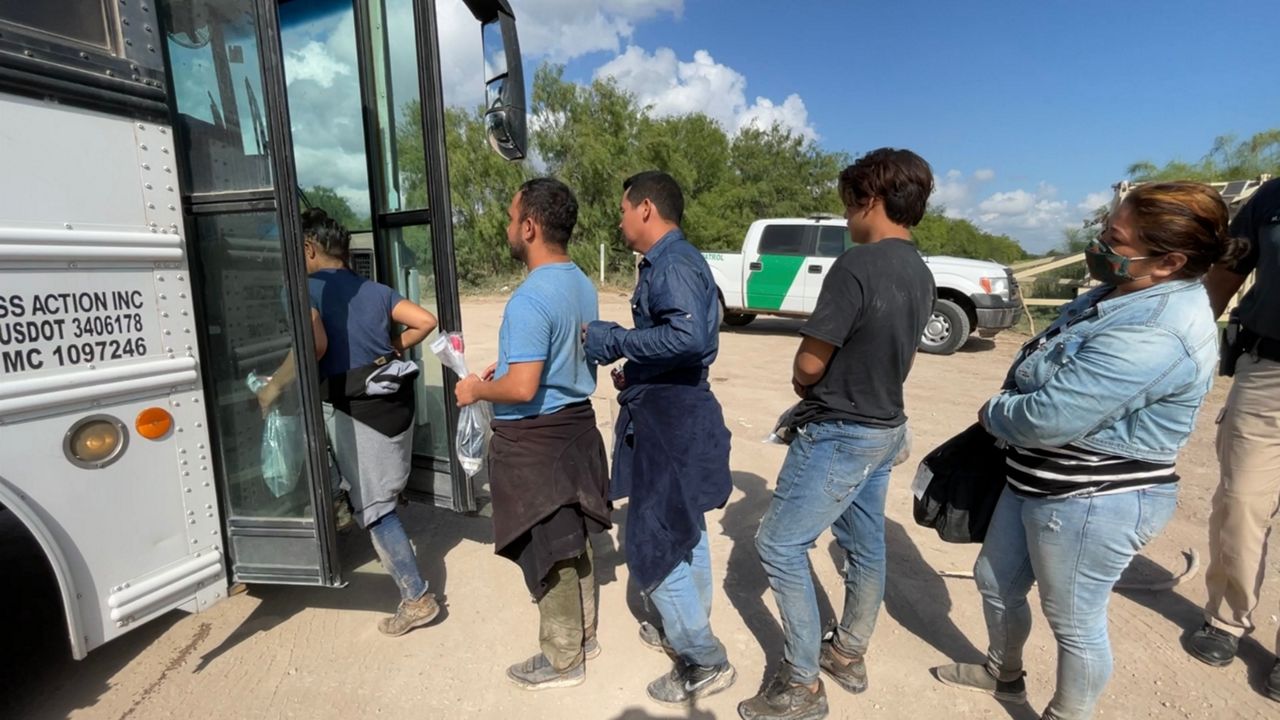 WASHINGTON — Since April, the State of Texas has been busing recently arrived migrants from the Southern border all the way to Washington, D.C. as a part of a protest by Gov. Greg Abbott against the Biden administration’s immigration and border policies. Soon after, Arizona Gov. Doug Ducey started a similar program.

Nearly 6,000 migrants have now been transported, a number so large it is straining the organizations working to help them.

“We're told time and time again, that this is the first time that they're treated with kindness in their journey. And that makes me proud to be a D.C. resident,” Fischer said. “They have a lot of questions. I think there's a lot of uncertainty. They are fleeing for their lives and are now arriving here and are trying to have a sense of safety, a sense of stability.”

Spectrum News caught up with Fischer one afternoon when she was dropping off donations. She is a volunteer with the group Sanctuary DMV, one of several aid organizations stepping in to support the migrants.

More than 150 buses chartered by Texas have brought over 5,900 migrants to the District of Columbia. All of the migrants have been processed by the Department of Homeland Security after arriving at the border and mostly are waiting asylum hearings.

Fischer also talked about the need for more resources to help this influx of migrants.

“We do need more resources, but it's because we want to welcome, it's not because we want these people out of D.C. We want them here and we want to be able to make sure that they can arrive safely and with dignity and put roots down in this new community,” Fischer said.

The nonprofit organizations helping migrants need more funding for food, shelter and respite space, and travel to unite the migrants with family and friends in other cities. Now, D.C. council members are calling for direct support from the district government.

The district’s representative in Congress also plans to introduce an emergency appropriations bill to ensure there is more money available under the Federal Emergency Management Agency’s Emergency Food and Shelter Program. Del. Eleanor Holmes Norton, D-District of Columbia, told Spectrum News that funding would be designated for humanitarian aid to the migrants bused from the Republican-led states.

“We have run out of money even though we have been using volunteers who have been very helpful. The governors of Texas and Arizona have continued to exploit this city, so we need this additional funding for food and shelter, and other necessities for these migrants who are being shipped from Texas and Arizona to the nation's capital,” she said.

“We can't do anything to stop Texas and Arizona from their maliciousness. But that doesn't mean we carry that out on these migrants who have come and that's what we're doing now. We're trying to help them,” Norton went on to say.

In a statement to Spectrum News, Renae Eze, Abbott’s press secretary, said, “Border communities are overrun and overwhelmed, and Governor Abbott launched the border bus mission back in April to help provide support to these communities pleading for help where the Biden administration is dumping migrants. With our nation’s capital now experiencing a fraction of the disaster created by President Biden’s reckless open border policies that our state faces every single day, maybe he’ll finally do his job and secure the border.”