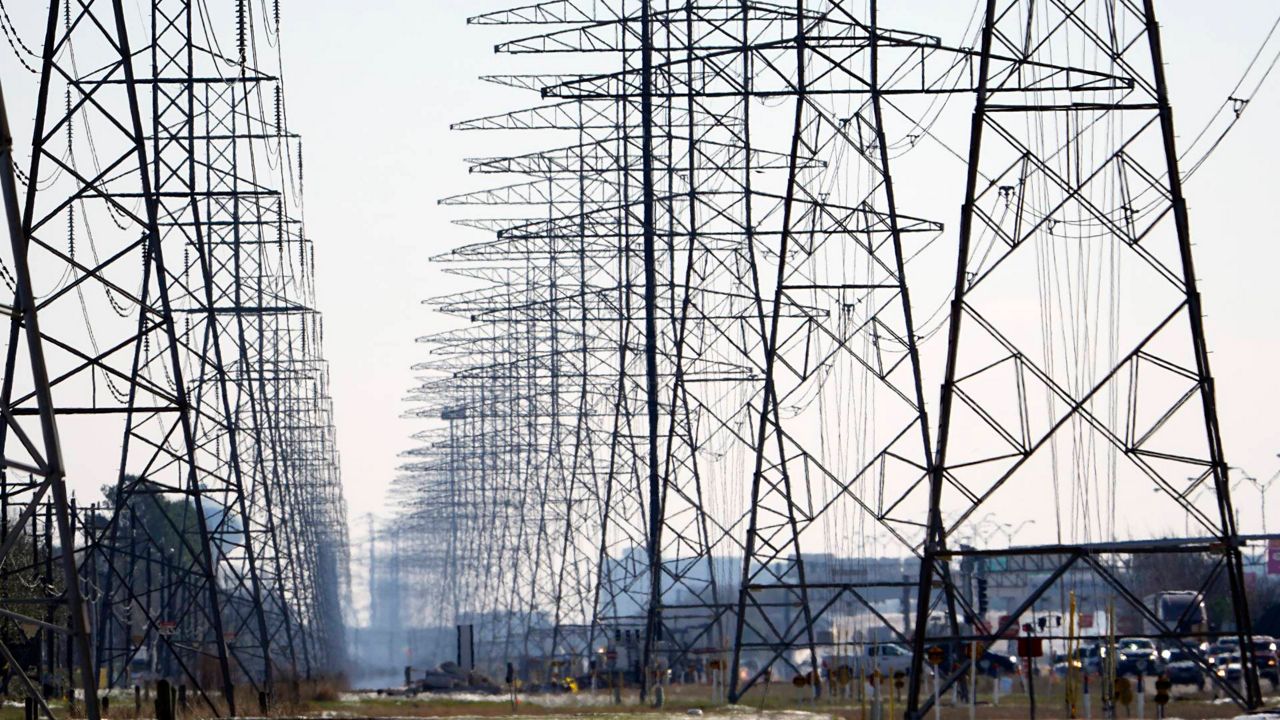 WASHINGTON — The State of Texas faces a decision whether to seek some federal funding under the bipartisan infrastructure bill President Joe Biden pushed through Congress to help strengthen the state’s power grid. After a deadly winter storm left millions of Texans freezing and in the dark, all eyes are on the state’s power grid amid this summer’s extreme heat.

“If we’re seeing an incredible increase in demand, the best way to solve it in the near term, short term, you should be looking at demand-side solutions, as complementary to, you know, midterm and long-term solutions with new build-outs and new technology,” Ignacio Guajardo, executive director of Texas Advanced Energy Business Alliance, said.

Some business and advocacy groups believe funding under the Infrastructure Investment and Jobs Act could help in that process. The Department of Energy announced an initial round of $2.3 billion in grant money will be available to bolster power grids across the country. In this first phase, Texas could tap into more than $30 million, but is eligible to receive $150 million over five years, according to the group Advanced Energy Economy, the national group associated with TAEBA.

“To effectively address events such as Winter Storm Uri, and the extreme heat we’re currently experiencing, we cannot only build new power plants, the demand side of the equation, for example, should also be addressed,” Guajardo said. “The funds can be used as surge funding, for example, to quickly deploy a more expansive set of energy efficiency measures to reduce demand. Energy efficiency, it’s a low-cost resource and addressing it is foundational to the state.”

Guajardo said the state could use the money for a variety of purposes, including microgrids, energy storage and backup power systems at critical facilities. It could also help certain communities vulnerable to rising energy costs, he said.

Other organizations believe it could use the funding for studies and planning to connect the Texas power grid to the rest of the country. Colin Leyden, the Texas political director at the Environmental Defense Fund, said he hoped linking up to other grids could mean importing power when the state needs it, as well as also being able to sell and export energy to other states and use that as “an economic development tool.” He also said a private utility could use the grants to be better integrated with homes.

“This is what the grid of the future looks like,” Leyden said. “It’s actually making a grid that’s more flexible and that’s interacting in many, many different ways. This money is seed money for helping the state develop what that power grid of the future is going to look like.”

Every Texas Republican in Congress voted against the infrastructure bill.

Former Republican state lawmaker Jason Issac, who is also the director of Life:Powered, a national initiative of the Texas Public Policy Foundation, said he is concerned the administration is favoring wind and solar energy over the oil and gas industry.

“Texas, in our opinion at that foundation, should be very mindful of looking at additional grants or funds from the federal government that are going to further incentivize so-called renewable energy,” he said. “It seems like the Biden administration with this infrastructure bill is doling out favors to blue states, and pitting them against red states, which is unfortunate. We prefer less spending in the government right now.”

After the infrastructure bill’s passage, Gov. Greg Abbott sent a letter to state agencies asking them to think twice before applying. Abbott was wary of the strings attached to the federal funds.

“Should the acceptance of any federal funds hinder or needlessly constrain the state, commit the state to ongoing costs for which there is not an appropriation available, or require an agency to implement a federal policy contrary to the law or policy of this state, the agreement proposed by the federal agency should not be signed,” Abbott wrote.

Leyden believes another option could help weatherize homes against extreme events. He thinks the investments into energy efficient could lead to a huge payoff.

“The state shouldn’t should not be shy about applying for every dollar that’s that’s available, because we are as taxpayers here in Texas putting oftentimes more money into the federal government than we get back,” Leyden said. “So this is an opportunity to equalize that.”

The Public Utility Commission of Texas, which has members appointed by the Republican governor, declined our request for an interview and told Spectrum News it has not made a determination yet on the grant. The application deadline is the end of September.