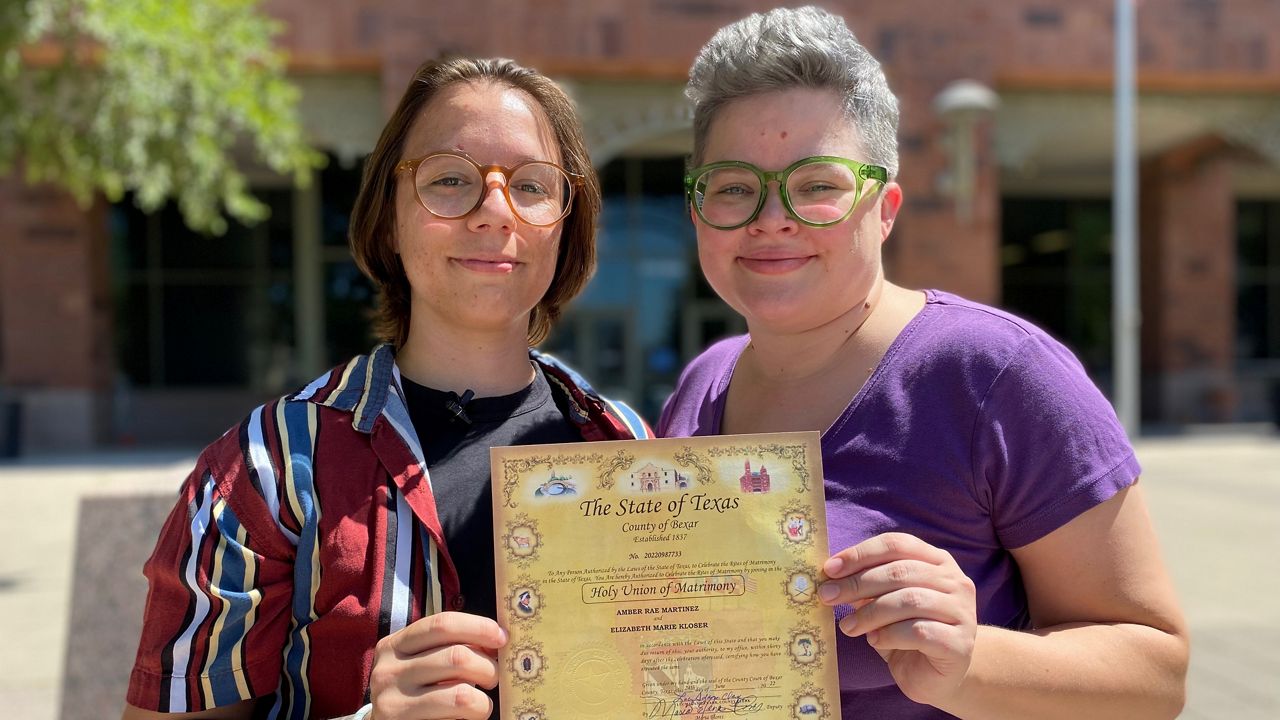 SAN ANTONIO — The decision to overturn Roe v. Wade also has implications for other privacy rights, including same-sex marriage. In the SCOTUS opinion, several justices referenced a former case law on marriage equality.

Texas Attorney General Ken Paxton is already considering laws to limit LGBTQ+ freedoms. Recent events have some gay couples in Texas stressing about getting their marriage licenses sooner than later.

“We wanted to make it legal on Friday, like it felt really important to do it right away,” Kloser said.

“We understood how interconnected it was and how important it was to take action and get married before we see other things disappear,” Martinez said.

Martinez and Kloser remember the day gay marriage was legalized in 2015. They witnessed their friends and many other in the LGBTQ+ community say, “I do.”

While their wedding day was still a happy one, it was slightly clouded by the prospect that gay couples in the future might not have the same freedoms.

“It’s pretty depressing to watch a right we just got seven years ago be talked about being taken away,” Kloser said.

Spectrum News reached out to several counties and the state to see if there’s been an increase in gay marriage licenses since overturning of Roe v. Wade. Either the documents were not available or no one responded to our request.

She says the reversal of Roe v. Wade is about much more than abortion rights.

“Bottom line is that the opinion, while it may only seemingly address abortion, what it does is addresses all of those other rights about how we order our daily lives and our ability to make those directions without governmental intrusion into those decisions and that’s why it could affect same-sex marriage,” Skeen said.

Of course, this will not happen overnight. Skeen says within the next three years we could see a marriage equality case in front of the SCOTUS. However, the court would also have to overrule other precedence.

“So the question is do want the government coming in and telling us how to live our lives?” Skeen said.

As for Martinez and Kloser, they didn’t want to wait. They say there’s no time like now to fight back.