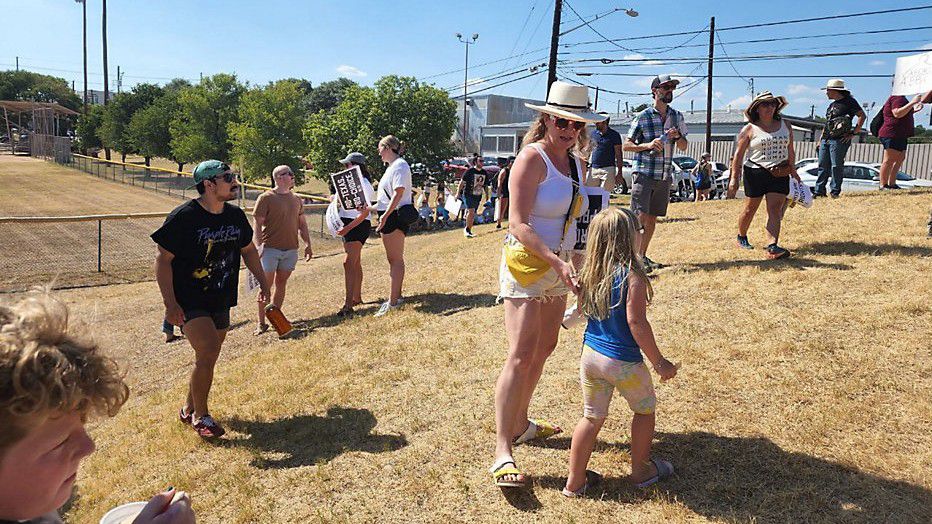 Kate Lincoln-Goldfinch and daughter at a protest in Austin following the overturning of Roe v. Wade. (Monica Ortiz/Spectrum News 1 Texas)

AUSTIN, Texas — With the overturning of Roe v. Wade, Texas and a dozen other states have trigger laws in place that automatically ban all abortions with almost no exceptions to save the mother’s life. An immigration attorney in Austin says more Texans might visit Mexico seeking abortion care.

“Abortion has been decriminalized nationally in Mexico. What that means is that if a woman in Texas wants to go to Mexico to access an abortion, she can do so legally,” said Kate Lincoln-Goldfinch, an immigration attorney in Austin. “There are abortion pills that are $35 in Mexico that can help a woman aboard an unwanted pregnancy up to 10 weeks into her pregnancy.”

With abortion illegal in Texas, women will have to travel across state lines, potentially even the Texas-Mexico border, to get access to medical care.

The rich ones can always go to Mexico. Yes, Mexico made abortions legal almost the same day as Texas banned them. https://t.co/aXcivtp1kw

As of now, leaving the country or state to get an abortion is still legal, a decision Kate would have to make if she got pregnant for a third time.

“I have two babies. Both of them were born early because I had preeclampsia with both pregnancies. It would put my life in danger if I were to be pregnant again,” said Lincoln-Goldfinch.

Kate says she can afford to leave the country, but some women wanting to cross the border won’t have the financial means to do so.

Kate also has a podcast called "Law Moms Out Loud." Her latest episode is a conversation on the abortion decision overturning Roe v. Wade with three law moms.

She says it’s important to have these conversations and talk to her two children about it.

“It’s really hard for me to think about my daughter having less rights than I did growing up. One of them is old enough to understand the other one isn’t, so we just talked about women’s rights being taken away,” said Lincoln-Goldfinch. 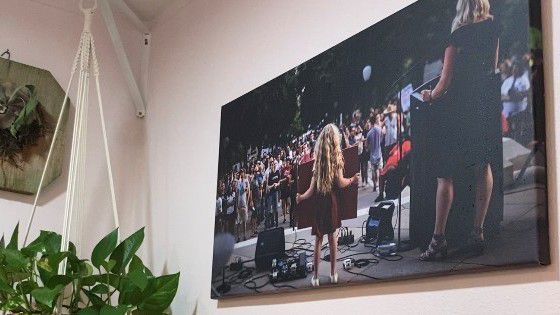 A photo of Kate and her daughter on the Capitol steps. (Spectrum News 1)

Kate says even though Roe v. Wade is overturned, she’ll keep marching up the capitol steps for her daughter and other women across Texas.

If you are a Texas woman leaving the state or country to get an abortion, we’d like to share your story. You can reach Monica through email at monica.ortiz@charter.com.