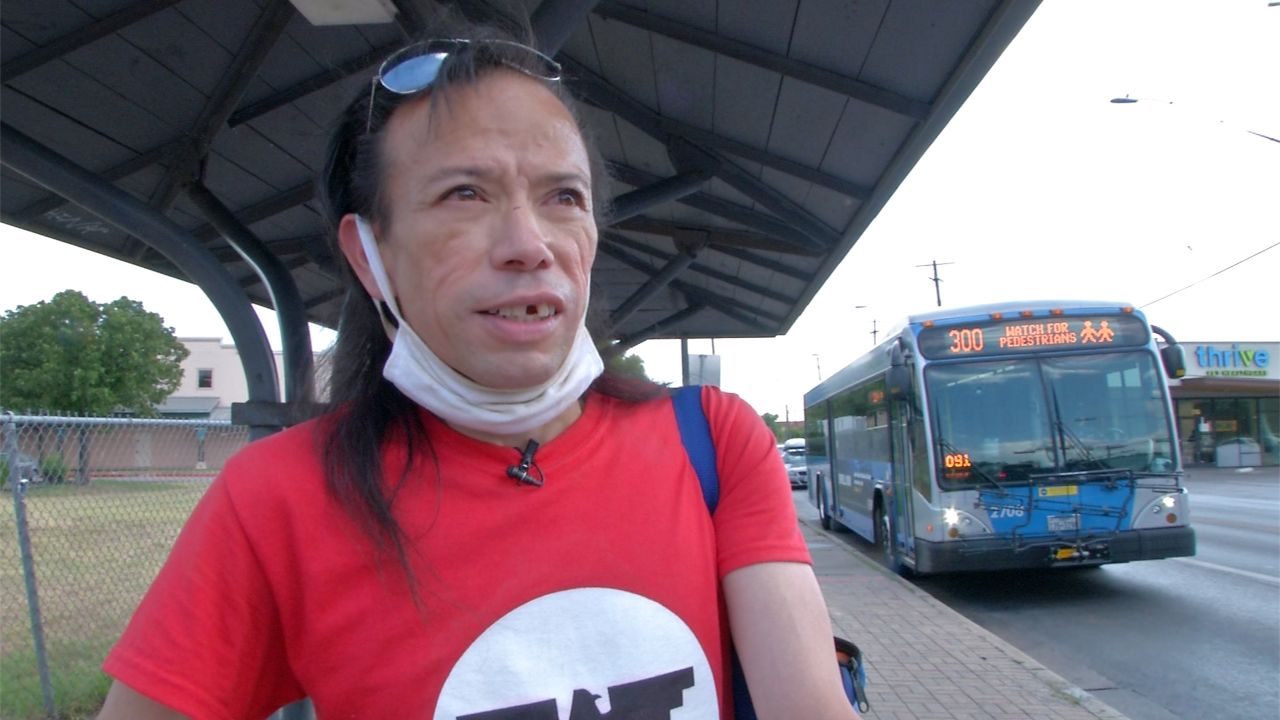 AUSTIN, Texas — As many Texans struggle to pay for food and gas because of inflation, the cost of public transportation is also causing some controversy.

Many low-income communities of color rely on bus and rail lines to get around.

In Austin, CapMetro is expanding its services, but not everyone says they can afford it.

The initiative is called Project Connect. It’s bringing more rail lines to low-income communities of color to provide better access to public transportation. The current prices are higher for MetroRail fares, and residents want that to change.

Pedro Hernandez Jr. is one of those people trying to change the rail line fares. He and his team at PODER (People Organized in Defense of Earth and Her Resources), an Austin nonprofit, are petitioning for lower rail fares. Once a week, they go out and collect signatures from bus-riders in the East Austin area.

“PODER is here to, you know, protect the neighborhood,” Hernandez Jr. said.

The cost of a local day bus pass is $2.50. A day pass for a commuter MetroRail day pass (which includes bus service) is $7. Currently, CapMetro offers reduced fares to seniors over 65, Medicare holders, active duty military and riders with disabilities.

Hernandez isn’t just an advocate, he also relies on public transportation after losing his license years ago.

“I’m not a choice rider, so that’s the only—this is the only transportation that I do have,” he said.

Most of the bus riders and neighbors Spectrum News spoke to say they don’t take the MetroRail because it’s either inaccessible or unaffordable.

“There’s a lot of people like me, like hey, we’re poor we don’t have that much money to be spending,” said Miguel Hinojosa.

Project Connect is a $7.1billion transit project to create new rail and bus lines with more routes that will go through communities like East Austin.

The City of Austin and CapMetro dedicated $300 million to an anti-displacement fund to help low-income communities of color from being forced out of their homes because of construction, gentrification and other effects of Project Connect.

Hernandez Jr. says those funds are great, but families who stay won’t be able to afford the cost to commute.

“It’s an equity issue,” he said. “They’re going to our neighborhood, through our neighborhood in Montopolis, and on the East side, and that price is not affordable to us.”

No one at CapMetro was available for an on-camera interview. In an email, a spokesperson says:

“The first priority is expanding our discounted fare program. We’ll do community engagement and if there’s a need to adjust our fare structure, we will do so at that time.”

The spokesperson says CapMetro has had multiple meetings with the community about its fare programs.

They are proposing a 15-20% discounted “Equifare” price for eligible low-income riders.

In addition, when the new light rails come to the Capitol city, CapMetro also says “the staff’s current assumption” is to keep the fares the same price as the local bus day pass.

PODER has been a part of discussions about fares and Hernandez is hopeful they will hear their voices. PODER also plans to present the petition to CapMetro in one of its upcoming board member meetings.

PODER also gave a presentation about the “Fair Fares Movement” to the Austin City Council.

Spectrum News reached out to council members for comment. None of them responded to our questions.