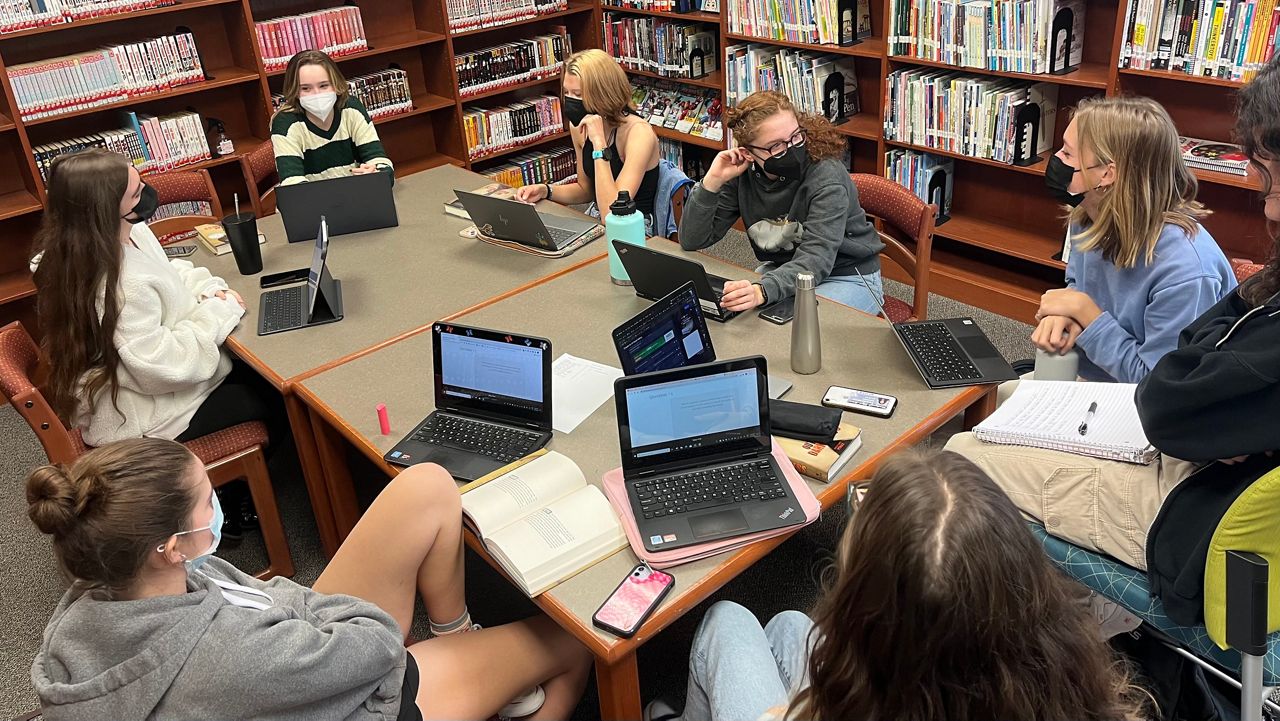 AUSTIN, Texas — At Vandegrift High School, a group of young women is reading books that are banned in their school libraries and classrooms. Last year, Leander ISD removed 11 books from the curriculum. The Vandegrift Banned Book Club has read seven so far.

“I’m working towards a goal that’s not just helping me, it’s helping everybody and kids like me who want to be able to read and not have to be worried about people’s voices and memoirs getting silenced,” said Jaea Rivera, one of the club members.

The most recent book they read was “The Nowhere Girls,” which discusses sexual assault and harassment in high school.

“I felt like that book was really something I could relate to a lot because as a girl I have also suffered sexual assault and harassment,” said Isabela Rotondaro. “I’ve never been raped or groped, but comments and ways I have been spoken to. And even the small things need to be talked about, which is something that they talk about in the book.”

“I think it’s good to make your own decisions about what you want to read and what you choose to educate yourself on and allowing yourself to make that decision is a really important step in growing up and becoming an adult because then you’re not just listening to what other people are saying but you’re also forming your own opinions,” said Nicole Miltonberger.

Several Texas politicians support removing books from libraries in the state. State Rep. Steve Toth, R-Spring, was unavailable for an interview, but he recently announced legislation to keep obscene and pornographic material out of schools.

“We have to address the obscene material that is desensitizing our kids and causing little boys and girls to be objectified. Obscenity in public schools is creating an unsafe environment for our kids,” the press release reads in part.

“My overarching goals at this time are for school districts to aggressively root out these explicit materials and to put policies in place to ensure those types of books don’t make it into the library in the future,” Patterson said in a statement to Spectrum News.

But members of the Vandegrift Banned Book Club see reading as a way to learn about these issues.

“From their point of view, I think it would be better if kids like us learned about these kinds of topics through books as opposed to trying to gather research on our own and being misinformed and end up becoming superignorant to these kinds of things,” said Rivera.

While the group is taking a break from club meetings this summer, they are teaching other young adults what they’ve learned.

“We are working with Austin Public Library with a few summer camps on helping other students start their own banned book clubs and fight against book bans,” said Miltonberger.