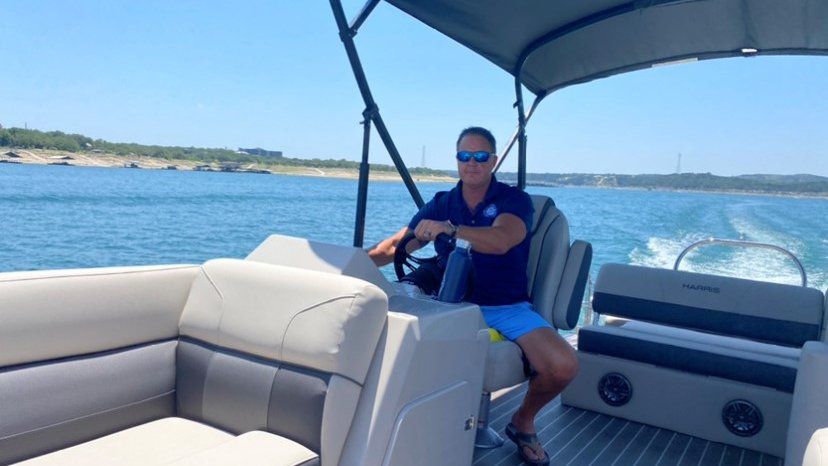 According to the Lower Colorado River Authority, water levels at Lake Travis near Austin are at a four-year low.

Multiple ramps and boating docks are sitting on land instead of water.

“Because this is just a dammed-up river, what happens is that the river starts exposing itself so little islands pop up that will show you the actual channels of the river,” Bill Marquardt, owner of Freedom Boat Club since 2006, said.

He saw an increase in people wanting to become members during the pandemic but has a long waiting list. Lake levels have never affected his boating business, even during years of severe drought. He says public access to the lake would likely be the greatest impact.

“If the lake was full most of that would just be under water and they could just launch that from their own house, but now it’s gotten to the point where they can no longer launch a boat on that and that’s really what’s happening with a lot of the ramps,” Marquardt said, pointing to a boating ramp while driving his boat around the Lake Travis.

According to Drought.gov, at least 65% of Texas counties are in a severe drought, while 40.1% are in extreme drought.

Texas climatologist John Nielsen-Gammon says as triple-digit heat continues, water levels will fall with it but it could be the new normal.

“What we are expecting is something a little bit different, which is basically permanently drier conditions as a result of higher temperatures and more erratic rainfall that will help dry out the soil,” Nielsen-Gammon said.