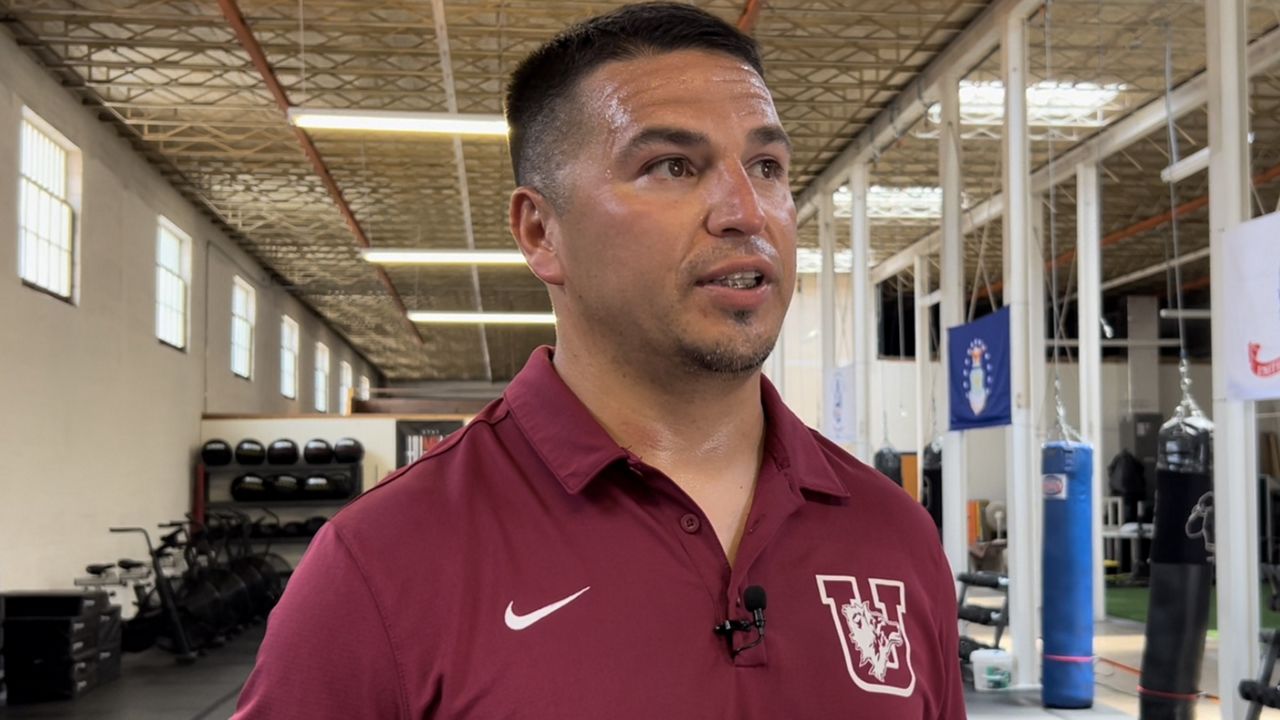 Veterans concerned with the long-term trauma Uvalde will experience

UVALDE, Texas — Texans from all over the state are pouring in by the dozens to visit Uvalde and show support to the community after an elementary school shooting last week.

Visitors are especially making stops at the downtown square plaza. Folks are walking around with flowers and heavy hearts, including Augustin Garcia, who knows about mass shootings all too well.

His friend lost their life in the 2019 Walmart mass shooting in El Paso.

“A good friend of mine, a family member, was one of the lives that was taken there. They were buying school supplies there,” Garcia shared. “It was just tragic that they were doing the normal thing, going to buy school supplies.”

That’s why he wears the number 22 on his back. It’s to honor those the lives lost in El Paso, but now he's honoring and paying his respects to the 21 shooting victims at Robb Elementary in Uvalde.

“This is something you can never wish away. It happened,” Garcia exclaimed. “I go through it myself. There’s good days, there’s bad days, but it’s how you process it.”

He’s referring to the long-term trauma this town will be forced to battle.

With Garcia’s military experience and daughter’s 2006 homicide death, he’s rather familiar with PTSD and how it can tear away at the mind.

“It’s a day you never wish on anybody’s plate, but sometimes when it happens, you thank God for the support that you have around you. And you try to maintain a focus,” Garcia said.

Uvalde native Joe Gonzales is driven to on help his community. He owns a gym in Uvalde called Hustle Fitness. He used its parking lot to collaborate with San Antonio's food vendors to nourish the community and raise money for the families directly affected by the massacre.

“It’s a tight-knit community, so we need to keep supporting them in whatever it is,” Gonzales explained.

Like Garcia, Gonzales is a veteran, and he’s felt the pain of tragically losing someone. He also wonders what kind of emotional and mental journey this town is going to face in their time of healing, especially the children.

“They are young, they are little kids, they are not supposed to…I mean, nobody is supposed to go through this, but more so a small child,” Gonzales stated. “They need to talk about it. You need to be transparent with them. They need to stay active.”

Gonzales said there are a lot of obstacles when it comes to healing from trauma. But he believes since Uvalde is already a family-oriented town that loves its children, they are going to get through it at some point.

“We kind of withdraw. We get bottled up, but I think it’s the more that you are able to connect with people and talk about it, it’s for the best,” Gonzales insisted.