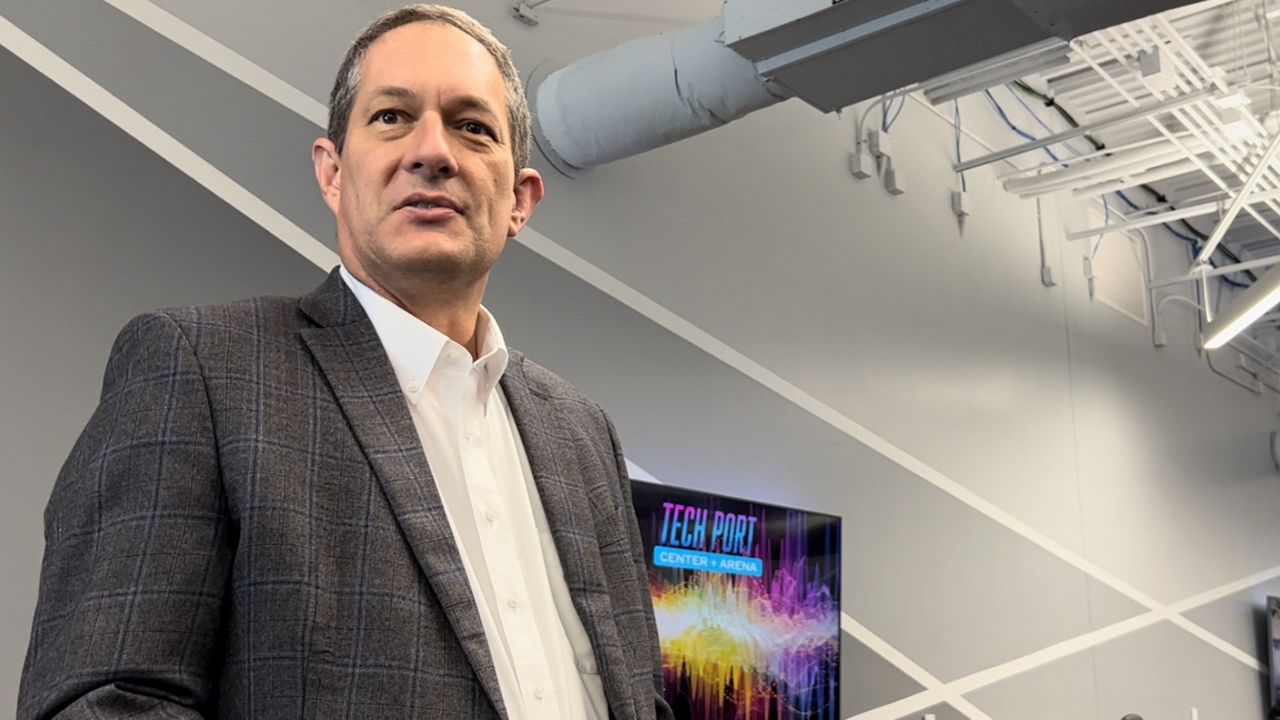 SAN ANTONIO — Matthew Zertuche grew up on San Antonio’s West Side in an area that’s historically Mexican-American and plagued with poverty. He took a trip down memory lane to a staple in his neighborhood known to keep kids out of trouble — Cuellar Park.

"Friends around the block, let's walk to the park, so it would just be a quick 10-15 minute walk having to run the dogs. Cooling off in the pool, being there for a couple of hours, finishing it up with games to 21 and running fives," Zertuche says. "It was great being active as a kid."

This area is full of ma-and-pa businesses, but Zertuche attended something he never thought he would near his barrio — a Smashing Pumpkins concert.

"That was the last thing I would expect. I would definitely be thinking Smashing Pumpkins would be out at the AT&T Center for sure, maybe not even in San Antonio sometimes," Zertuche says. "It was surreal, I guess."

This concert was held at Tech Port SA, which is a $70 million, 130,000-square-foot technology and entertainment facility. It also recently hosted a huge Esports competition.

This is the idea of Jim Perschbach, CEO of Port San Antonio, which describes itself as a dynamic technology and innovation campus.

It’s a campus that has created thousands of jobs and will also create an additional 600 jobs as it will become the global headquarters for DaLorean. Jim believes that Tech Port SA will expose folks from Zertuche’s barrio and beyond to opportunities that they never knew existed.

Zertuche believes this will only mean great things for this historic neighborhood.

"Know that it’s going on and how big the economic growth is. A lot of people in the area are going to hopefully get some jobs out there, there’s going to be a lot of money to be made there, a lot of prime-time stuff there," Zertuche said.