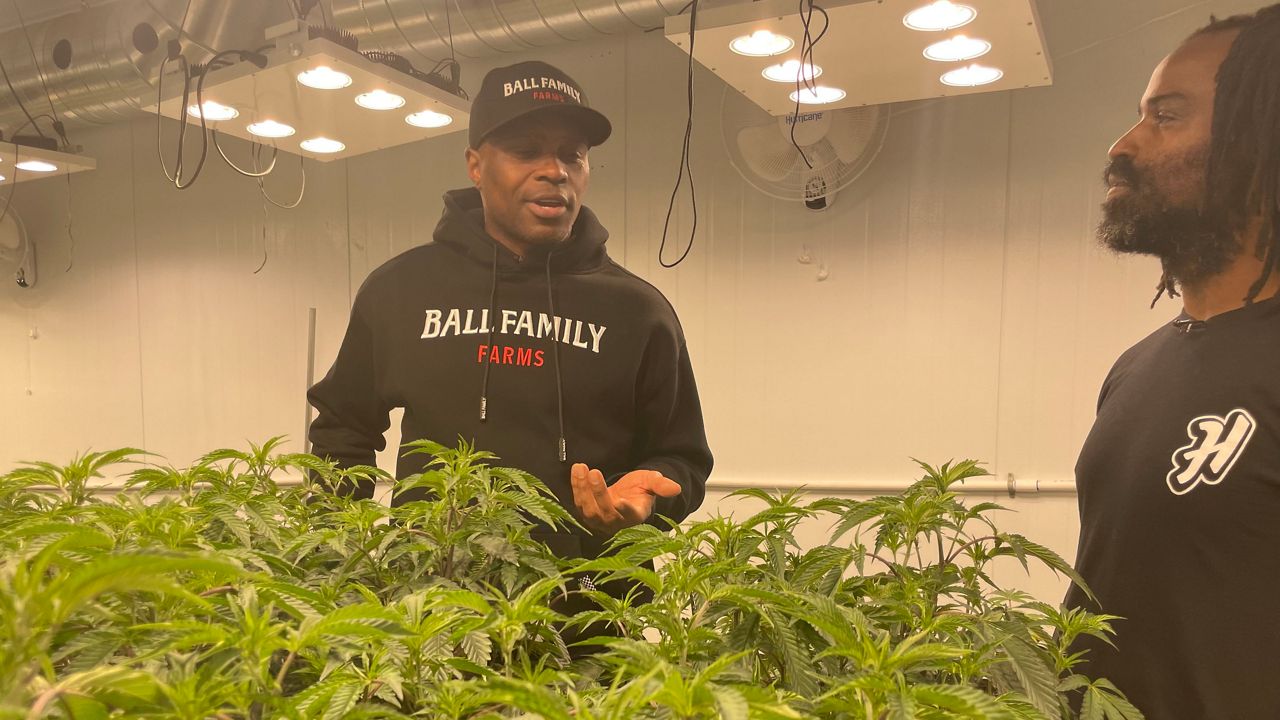 AUSTIN, Texas — Texas Heisman Winner Ricky Williams is using his past struggles to find success in the cannabis industry.

Williams’ is a Heisman Trophy winner and the No. 5 pick in the 1999 NFL Draft. The former Longhorn hit hard times as he dealt with social anxiety disorder and a year-long suspension for violating the league’s substance abuse policy. It was the third time Williams had tested positive for cannabis use, but now feels he needed those experiences.

“To me all of the struggles is what define our journey, like in all the movies and the myths, when the hero overcomes the struggle they learn something about themselves and they use that piece of knowledge to see where to next and keep moving forward,” Williams said. “When I left the NFL and the struggles really hit, I just kept overcoming them and seeing where they led me next and they led me here, starting my own brand in Southern California.”

“Highsman” is a cannabis company started by Williams. He’s enlisted the help of longtime friend Chris Ball, founder of Ball Family Farms. Ball met Williams through a mutual friend over a decade ago. Now, they are using their experiences to grow their businesses and a new culture centered on cannabis.

“We both share mutual friend, ‘D-Russ’, Darrell Russell, who grew up in San Diego, went to SC, played in the NFL, and had his own issues with the NFL drug program. And unfortunately died early in a car accident,” Williams said. “Chris and I have always connected because we’re both close to D-Russ and how being in the NFL drug program really hurt him and affected his life in a negative way. We started sharing our pasts and realize we have so much in common and we have the same goal, so let’s see what we can do together.”

“I believe our first interaction through my big brother Darrell Russell, rest in piece, there was purpose in that way back then,” Ball said. “I believe my journey and his journey were very deliberate and I believe it lead us to cross paths for this moment.”

Ball is a former professional football player with stints in the NFL Europe, and the Canadian Football League (CFL). During his time in Canada, Ball learned how to harvest cannabis. That knowledge led to him trafficking the plant back into the U.S., a decision that landed Ball in federal prison.

“My journey with cannabis began with my football career. When I got to the CFL, this is where I first saw the plant from seed to harvest and that’s when I fell in love with the process and the plant,” Ball said. “It was my trafficking of the plant, back here to the United States, that led me to catching my felony, catching my indictment in 2010.”

Ball has since built a successful cannabis business and wants to mentor Williams. Their goal is to foster a positive narrative about cannabis. They hope their struggles are roadmaps for others who may not see beyond previous mistakes.

“To see his career be taken away from him because he indulged in a plant that was good for him, it touches me in a way that makes me want to help, that makes me want to be involved with him,” Ball said. “For my cannabis to move him the way that it does and for him to want to collaborate with me, I think it’s a tremendous opportunity for us to come together and share about how sports and cannabis shaped our lives.”

“When I left the NFL, and the stigma was all over me, I had a question I had to answer. I said, ‘do I wrestle this stigma? Or do I live the life I know I can live and change?’ And so where the story was cannabis ruined my life, I said ‘I’m going to live in a way to say cannabis saved my life,’” Williams proclaimed. “As I’m walking around here, I see on Chris’ packaging ‘Cultivating the Culture,’ and this is what I’m saying, it’s about building, growing a culture, and not defending against the old regime. But it’s about greatness and caring for each other and high quality, pun intended.”

Both are also working to grow Black and Brown ownership in the cannabis industry.