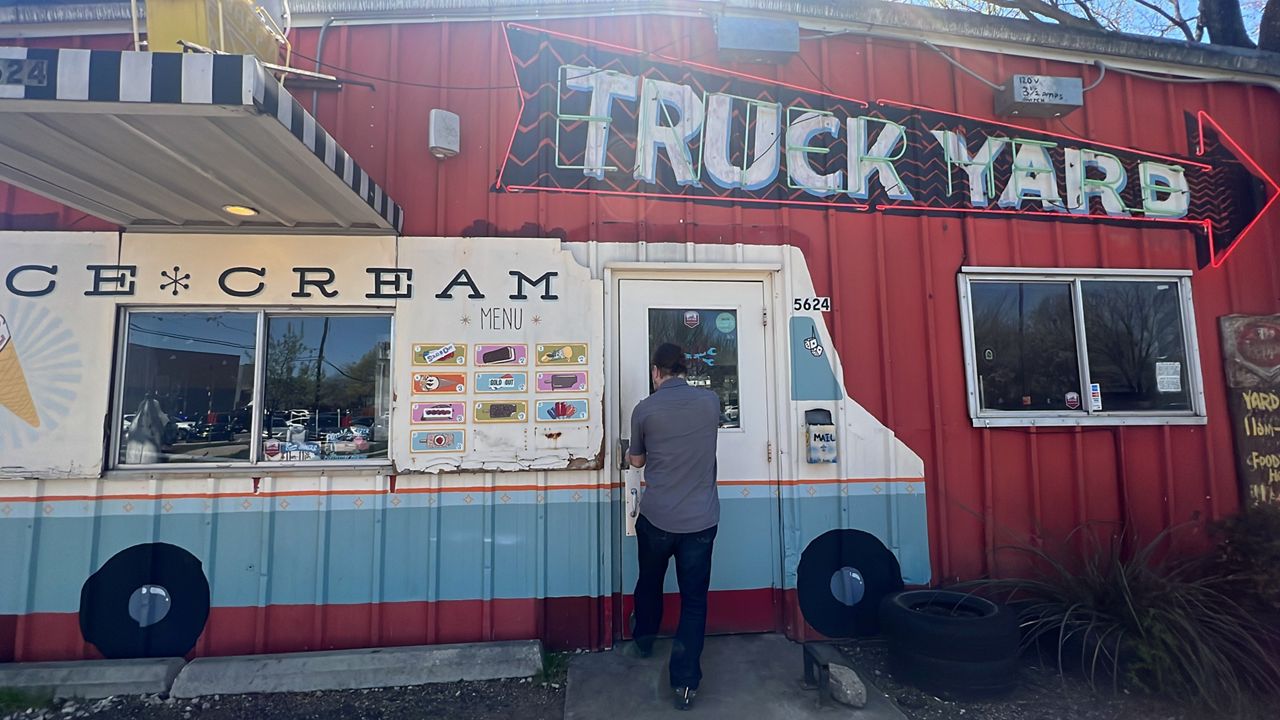 DALLAS — Dallas City Council has unanimously approved a new ordinance that will make it easier for mobile food units — no matter food trucks, food trailers or other vendors — to operate within the city of Dallas.


Most notably, the ordinance is changing the outdated term “mobile food establishments” to “mobile food units,” which is all-inclusive of food trucks, food trailers, push-carts, etc. It currently defines the term as one that is “commercially-manufactured, motorized,” so it only pertains to your standard food trucks, not ones that have been retrofitted.

The new ordinance also aims to diversify and increase the types of mobile food units and food options in the city. There’s also hope that the barrier to entry for small business owners to get into mobile food vending will be reduced and the fees for permits will be as well.

Under the outdated ordinance, mobile food operators were required to make daily trips to an off-site commissary kitchen, but that requirement has been lowered to once a week. Additionally, non-frozen, raw poultry and seafood wer not allowed to be prepared on a mobile food unit; that has since changed.

While cities like Austin are known for their vibrant food truck scene, Dallas has long been too restrictive when it comes to what was allowed, says Truck Yard owner Jason Boso. He has been fighting the city's restrictions on mobile food vendors for years.

"The food truck scene over the last nine years has been interesting, has been fun and sometimes disheartening. I see people fail and I see them working so hard and eventually they find out they just can't overcome the cost of running this food truck for the opportunities and troubles that are inherent in this business,” Boso said. "So what happens is we end up with the very standard fare of tacos, hamburgers and pizza every single time because those ones can scrape by and make it.”

Boso says Dallas’ limitations on which mobile units could operate in the city are what have hindered the availability of more diverse food options. He hopes the new ordinance will allow him to bring in new food vendors into Truck Yard.

"What I want to see happen is reduced costs in the operations and the capital up front to get in so that we can start getting some Chinese dumplings, we can start getting some Thai food, we can get some good Indian food — you name it,” Boso said. "I feel 110% confident that when these rules are changed, we'll see the entry into this mobile food unit scene triple and maybe quadruple. Sure, some won't make it, some will. But that will just explode the styles of food and the quality too because, you know, the tide rises all ships.”

Krista Nightengale with The Better Block is an advocate for mobile food vendors. Last year, the nonprofit hosted a pop-up park featuring South Dallas food vendors, which turned out to be a success with more than 5,500 people visiting. At the direction of Dallas Mayor Eric Johnson and city council, city staff comprised a task force with Better Block to put forth recommendations for changes to the current ordinance.

Thinking back on that time we worked with the community to turn a vacant lot into a food park. pic.twitter.com/lzMiJIvifP

“These ordinance changes came about because of the experience at the Pop-Up Food Park. We found that it was difficult for trailers to operate. Folks could not prepare fresh fish or poultry on a mobile food vending unit. It was also where we first started hearing about commissaries and how you have to return to a commissary. In other cities such as Austin, you don't have to return to a commissary every night,” Nightengale said. “We just learned a lot through the process, working with the vendors and seeing some of their barriers that they were facing. And that's kind of what propelled the update of the mobile food vending ordinance.”

Nightengale said the current Dallas ordinance for mobile food vending made it more difficult for things like food trailers or push-carts to operate. Notably, the fee for a cart to operate was higher than an enclosed food trailer or food truck ($382 vs. $330). She hopes the new ordinance will allow people wanting to get into the game a lower barrier for entry.

"Ultimately, with these mobile food vending, our hope is that more people have a chance to test out some of these concepts. Trailers are far cheaper to operate than food trucks,” Nightengale said. "Food trucks are a little bit cheaper to operate than brick and mortar. It also allows people to test things out, try it out and see if it's something that they should take to the next level. So ultimately, and selfishly, we're hoping that we get even an even more diverse restaurant scene here in Dallas and food scene and dining scene here in Dallas so we can all just enjoy it."

Boso is certain the new ordinance change will allow more experienced cooks to get out of the kitchen and into either a food truck, trailer, shipping container — you name it — now that there will be room for innovation in Dallas, just like in Austin.

"Austin is our most progressive city and they got ahead of these rules before all the other cities and they listened to the food operators and saw the difficulty. So they reduced a lot of those barriers of cost and daily operation,” Boso said. “I see the people who are running food trucks. They have either spent their life savings to get into the $150,000 used food truck. Or what we see is, frankly, rich people getting into the business because they thought it would be fun. Lawyers and accountants who thought it would be fun, and they don't have much restaurant experience, but they have the money. So by lowering these costs, we're going to get more experienced people, more diversity, more healthy options and just a broad array of opportunities that will eventually elevate the food truck scene and then the restaurant scene in Dallas.”

City council is also planning to start a 60-day pilot program that will allow food trucks to operate in specific locations of Dallas. That Mobile Food Vending Zone Pilot Program should kick off in either May or June, with the findings of it presented to the QoLAC in August.