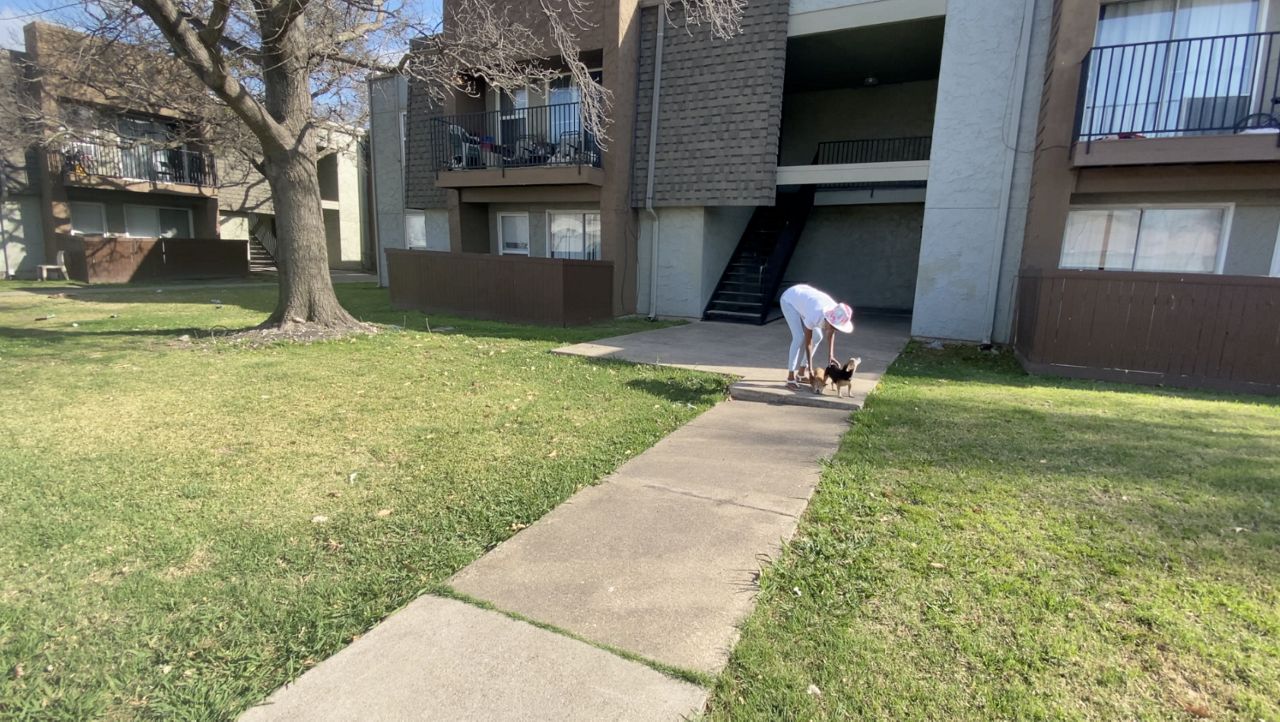 Brittany Jones won her case against Hillcrest Apartments because of roaches, mold, and other issues. (Spectrum News 1)

Mesquite woman may face homelessness after winning case against landlord

MESQUITE, Texas — If nothing else in this world brings you comfort, your home should be a place of peace. Finding a sweet spot to call home is more difficult these days because of a tight housing market and rising rent.

Hunting for a house is that much harder for families living in Section 8, as the variety of places that accept vouchers are not in abundance either.

No one deserves to live with roaches or mice, but some people say there is no other choice because the only other option is to live on the streets.

From a quick first glance at Brittany Jones’ living room in the Hillcrest Apartments in Mesquite, Texas, it looks normal.

“I am putting bleach on spots that are already clean,” Jones said.

It takes seconds to notice it’s not. Jones lives on Section 8 at the apartments and it’s infested with roaches.

“You see, there is a roach crawling on the floor right there,” Jones says during the interview as the insect moves across the room.

The roaches are in her freezer, in the sink and behind her microwave.

“The Lord doesn’t give you more than what you can bear,” Jones said with optimism and hope of having better living conditions.

Sadly, bugs are not her only issue. Jones has reported that she also lives with mice, water damage, mold, and holes along her walls. There is no hot water, air conditioner and the carpet comes up.

She has a paper trail of her documents which lists out all the problems she’s experienced over the last 2 years at Hillcrest. Those records helped her sue the apartment in a repair and remedy case. A judge declared Hillcrest owes her $5,000.

Jones is waiting for her money until the ruling gets completed. Hillcrest has time to decide if it wants to pay up or try to counter the judge’s ruling. The City of Mesquite is also suing Hillcrest for the same reasons. The lawsuit states the city is demanding civil penalties of $1,000 for each day the apartment remains in violation of the city code.

“All levels of government need to do better to protect tenants,” said Sandy Rollins, the Executive Director of the Texas Tenants’ Union.

“We want to be in a state where landlords should be afraid to allow their property to fall into this disrepair,” Rollins adds.

The reason people rarely spoke up about problems, according to Rollins, is that Section 8 vouchers cannot be used for places deemed unlivable. With Jones making that bold move, her voucher expires in 21 days.

“I’m getting kicked out because there is nowhere for me to go,” says Jones.

So far, the management team at Hillcrest has ignored interview requests from Spectrum News.