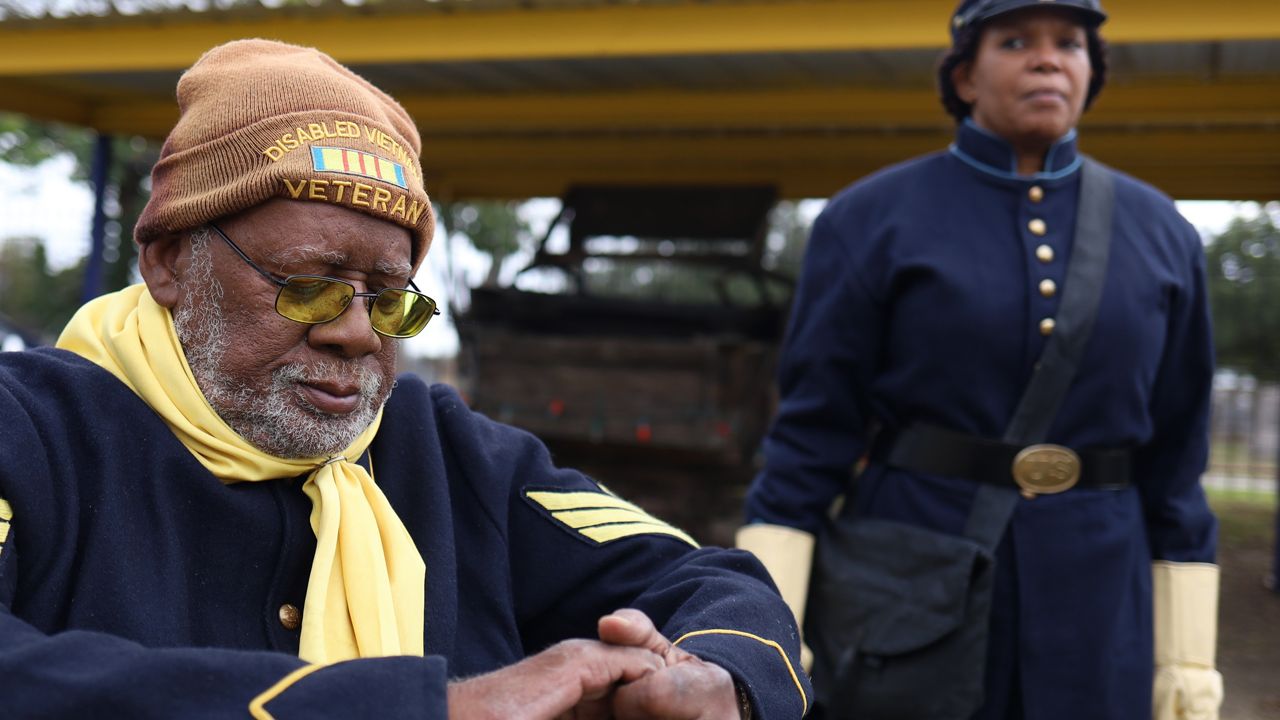 SAN ANTONIO — There are times where Turner McGarity looks like he’s dressed for war, but he and the rest of the Bexar County Buffalo Soldiers Association actually dress to educate.

“The Buffalo Soldiers, they fought because they didn’t have any other thing to do after the Civil War in 1866. Congress decided we are going to try this for the first time, an all-Black army,” McGarity said. “From there we spread it on, all of us who serve, we stand on their shoulders.”

They keep this legacy alive by going to schools, marches and any place that will allow them to share the history they never learned in school. That’s how Bernice Brown was recruited, and now she gets to preserve the history of Black women like Cathay Williams, who was the first woman to serve in the U.S. Army.

“Not only is Black history squandered, but Black females never get mentioned in anything, so Cathay Williams' story was the utmost interest to me,” Brown said.

The Buffalo Soldiers have adapted to COVID with virtual school visits and outdoor meetings, but they definitely feel the absence of the nation's largest MLK march going virtual again due to the omicron spike.

“Well, it’s kind of depressing. It’s unfortunate that we couldn’t have the march because the march is symbolic to Dr. King. That’s celebrating his legacy,” McGarity said.

This San Antonio MLK March drew 300,000 people in 2020, so McGarity is understanding of why it’s not happening this year.

“You get a large amount of people, a lot of people aren’t vaccinated, they don’t want to wear the masks,” McGarity says. “Then you get it from somebody who hasn’t had it. Then you take it home to your family, and we are never going to get rid of it if nobody is going to cooperate.”

They believe these are missed opportunities, opportunities for them to educate the world on the Buffalo Soldiers.

“We need to understand as Blacks, African Americans, Negros, whatever you want to call us, we are a people of perseverance,” Brown said. “So we need to know our history so we know they made it with nothing, and if we think we have everything, then we should have no reason not to make it.”