People turn to hypnosis to aid in New Year's resolutions

SAN ANTONIO — As a new year begins, many people are trying to keep up with their resolutions. But as the year moves on some of these habits begin to slip away.

For some people, hypnosis can be used to quit smoking, lose weight and treat insomnia, anxiety and phobias. Some believe it allows your mind to enter a state of relaxation where suggestions are better received by the subconscious mind. For Kristen Bily, that means being able to get behind the wheel again after a tragic car accident.

“I’m definitely not as scared as I was before,” she said. “I’m back on the freeway. I'm moving just fine.”

She was skeptical in the beginning, but now credits hypnotherapy for changing her mindset.

“It was like I was asleep in a calm state, but yet I was fully aware of what I was talking about,” Bily said. “So, I felt like I was just in a safer place to address the trauma of what I was trying to get through.” 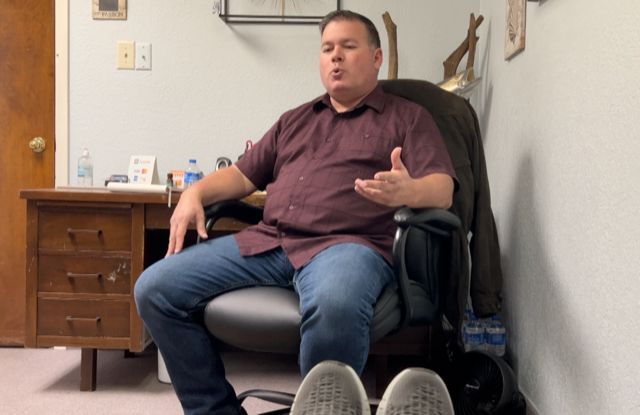 Certified hypnotherapist Joseph Roberts helps clients face their fears and gain back their health. He says in January he sees an uptick in clients aiming to keep their New Year’s resolutions.

“Hypnosis helps with controlling appetite,” he said. “Being more active. Going to the gym.”

He says the treatment is very effective, and some people can quit smoking after just one session.

“You’re so deeply relaxed that you allow your mind to make the adjustments,” Roberts said.

Roberts is also a police officer. He has used forensic hypnosis to help victims and occasionally performs at comedy clubs to make people laugh. He says there are non-believers who say it’s all theatrics.

“Some people say, ‘Is it magic? Is it voodoo?’ It’s magical for how it works for people, but it’s not magic. It’s real-life science,” he said.

As soon as his clients open their eyes, he said they have a renewed sense of energy and a changed mindset. Now with a lot of open cages and a new year ahead, they just hope to keep that momentum going, and COVID-19 out of their way.