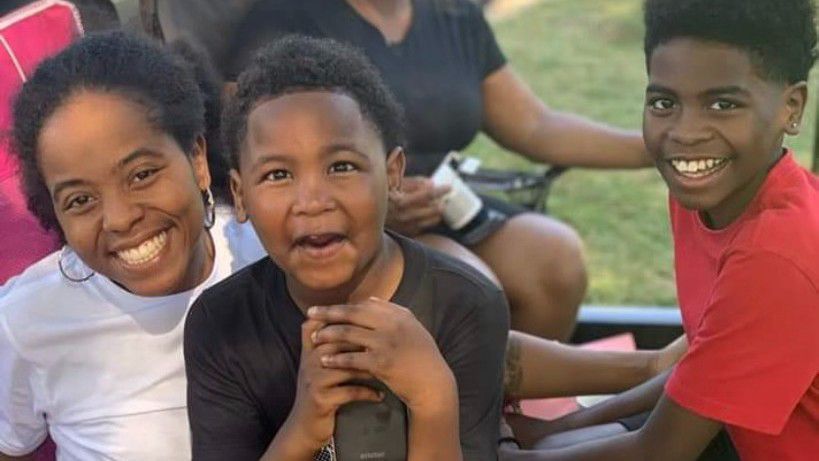 WASHINGTON — Jennifer Cobb wants to make sure her 8-year-old and 13-year-old sons have the same opportunities as their friends, whether it is in sports or having enough to eat at school. So, the single mom sometimes works seven days a week as an apprentice electrician to make sure she has enough money to provide for them, even if it means more time away from home.

“My children don't know how hard we struggle,” Cobb, a Georgetown resident, told Capital Tonight. “I don't feel like they should have to worry. My burdens aren't theirs.”

Cobb said the enhanced child tax credit took some of that burden off her shoulders, so much so that in June she stopped working two jobs. The 33-year-old said the she receives an extra $425 a month.

“It definitely fills in the gaps. It gets me ahead on my bills each month. I don't receive any financial assistance, and so it helps me with groceries,” Cobb said.

The child tax credit was expanded as part of the federal COVID relief plan President Joe Biden pushed through in March. As part of the expansion, a portion of the benefit was distributed in form of monthly payments. But unless Congress steps in, the last of those payments to 36 million families were released last week.

According to a December report by the Center on Budget and Policy Priorities, a left-leaning think tank, an estimated 6.7 million Texas children would lose out if the child tax credited expansion is not extended in the Build Back Better Act.

“Ours is a Latino district, a working-class district. So, most of the children, 95% in my district qualify. We have touched many, many families, and lifted them out of poverty,” Rep. Sylvia Garcia, D-Houston, told Capital Tonight in a recent interview.

House Democrats included a one-year-extension of the benefit in the Build Back Better Act. But the legislation was derailed over the weekend, at least temporarily, when Democratic Sen. Joe Manchin of West Virginia said he could not vote for it. Speaking to Fox News Sunday, Manchin cited concerns over the national debt and rising inflation.

“We don't know when the end will come. There's a lot of people hurting right now. It's COVID we’re fighting on a daily basis,” Manchin said. “There's a lot of good, but that bill is a mammoth piece of legislation, a mammoth piece. And when it's done, even through regular order, it would be a tremendous, huge undertaking.”

Manchin’s interview drew blistering comments from White House Press Secretary Jen Psaki who said in a statement, “Maybe Sen. Manchin can explain to the millions of children who have been lifted out of poverty, in part due to the Child Tax Credit, why he wants to end a program that is helping achieve this milestone. We cannot.”

The sweeping bill virtually has no Republican support.

“When it comes to taking care of children,” Garcia said on the lack of Republican backing, “…how can you say no and question that? But you stayed quiet when it was tax breaks for the rich. You stayed quiet and said nothing when it was just more money going to big business?"

Heading into the holidays, Cobb said she is not sure how much to save and is worried about falling behind on her bills if the child tax credit payments are not extended. She is thinking about potentially working overtime and not having the option of spending quality time with her kids.

“We're parents trying to take care of our children in this difficult time, this unforeseen time, and it's helped a lot. And we would like to continue to receive help as much as we can. You're helping out a lot of families,” Cobb said.