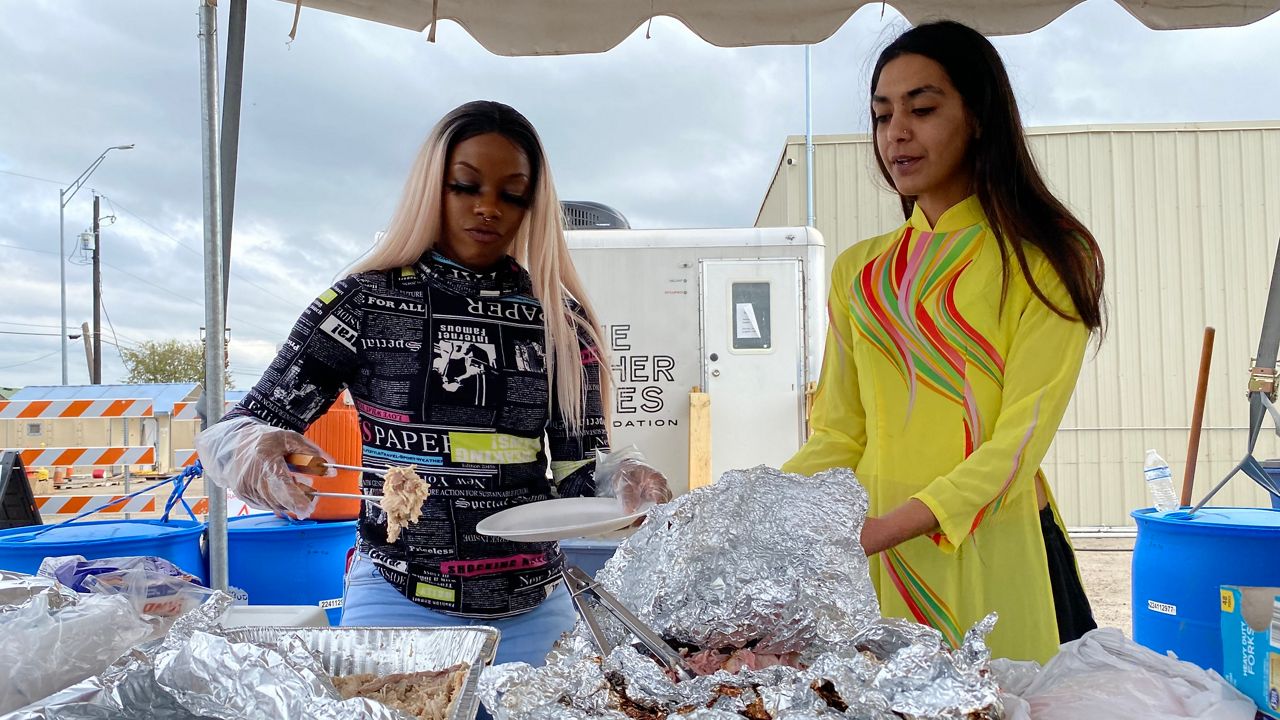 Out in the cold: Increase in unsheltered homeless and unhoused seeking services has volunteers concerned ahead of winter

AUSTIN, Texas — Shortages in affordable housing and food have resulted in an increased need among unhoused Texans. As the colder months are approaching, more people are ending up on the streets.

Data gathered in the Austin-Travis County area shows increases in unsheltered homeless populations. The report also shows more of the unhoused seeking services this year. Those numbers have community members reaching into their own pockets to help out.

On a Saturday afternoon, Remedy Coldsweat is spending her own time and money to serve meals at a homeless encampment in Austin.

“They’re able to enjoy turkey and ham as well anyone else is that is under a roof,” Remedy said.

Joe Ruiz came there from a camp across the street. The 42-year-old Austin native says he’s been unhoused for about a month.

“These people don’t have to be coming out here and spending their money on food and to feed us. They don’t know us. You know what I mean? Who would do that?” he said.

The Ending Community Homelessness Coalition 2021 snapshot estimates there are 3,160 people unhoused in Austin-Travis County. More than 70% were unsheltered. The 2021 statewide “Point in Time Report” shows numbers are much lower because organizers opted out of doing the unsheltered count this year.

Coldsweat is volunteering for the organization Lettuce Lab. This is the second year the group has fed around 300 meals a month. But the folks serving meals on this day told Spectrum News they’ve never seen any other agencies out here.

“Where are they at at a time like this?” she asked.

ECHO reports a nearly 20.6% increase in unsheltered homelessness in 2021. Since 2019, the number of unhoused seeking services has gone up 4.5%.

“I know I’m just not sitting at home at my table enjoying something when I can be out here,” Coldsweat said.

When Lettuce Lab didn’t get enough donations to pay for this month’s meal, volunteers like Coldsweat pitched in to make sure the needs are met. Especially as the winter months approach.

Data shows four out of the 28 people who died in the winter storm in Travis County were homeless. Advocates say that number is likely higher.

“I am your remedy. This is the remedy right here for me to be here for them,” Coldsweat said.

She says this is the least she can do to make sure unhoused residents like Ruiz aren’t left out in the cold.

Lettuce Lab’s founder tells us the need is only getting worse. She says they are seeing more populations in the street for extended periods. The biggest need right now is for warm clothing like socks, pillows and blankets.