A sign announces a home sale in this file image. (AP photo)

DALLAS — If you’re on the hunt for a new home, chances are you’re very familiar with websites like Zillow. The online real estate company worth $20 billion had high hopes using a strategy called iBuying, or "instant buying," until putting it on pause in October.

The company's iBuyer division, called Zillow Offers, uses artificial intelligence in the form of algorithms to determine how much it pays for houses. The feature has attracted sellers by allowing them to receive a fast offer and get rid of their property easily by entering information on a webpage. Zillow then flips and re-sells the house with the hope of earning a profit. But the company bit off more than it could chew after losing more than $300 million in a system that wasn’t working.

In October Zillow said it was pulling out of the iBuying market due to a “backlog in renovations and operational capacity constraints.” The company announced its Zillow Offers business won’t sign any new contracts to buy homes through the end of the year.

“Pausing on new contracts will enable Zillow Offers to focus operations on purchasing homes with already-signed contracts,” said the company in a statement on its website.

Zillow will continue to market and sell homes through Zillow Offers, but for way less than they purchased them for in some areas.

According to a report by Business Insider, Zillow has been selling many of its properties for much less than the company paid for them. Insider reviewed all the homes for sale by Zillow in the Dallas-Fort Worth area before the last week of October. Out of 168 houses, 128 of the properties, more than 80%, were priced below what Zillow paid.

Nelson keeps busy in Dallas as one of Keller Williams’ top 20% producers.

“Every realtor has their love/hate relationship with Zillow.” said Nelson.

That’s because iBuyers like Zillow, Redfin, and Opendoor have snatched up houses in North Texas. 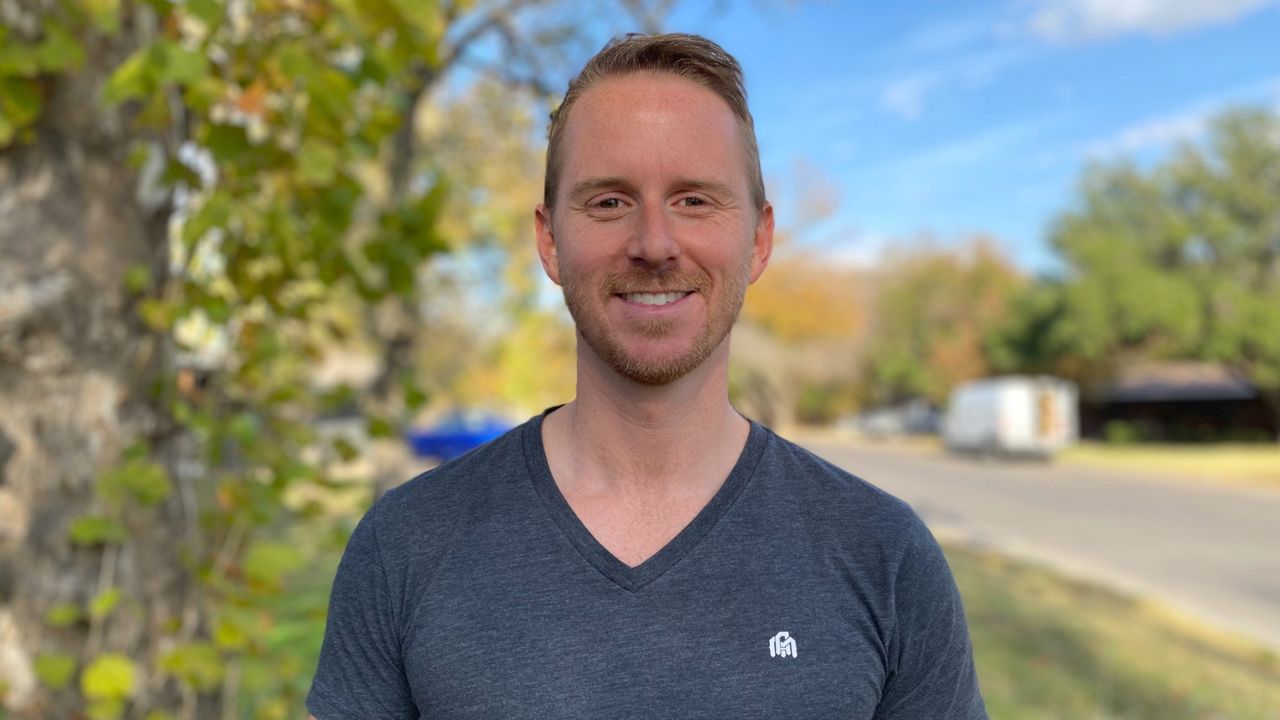 Nelson said the warning signs of Zillow’s failure have been seen by Texas real estate agents for months. In March of this year Nelson sold a home in Richland hills for $54,000 less than its zestimate. It's a common trend and one of the reasons Zillow pulled out of the iBuyers market.

“That home was a perfect example of how off the company’s estimate of value really is,” said Nelson. “We’re seeing big gaps between zestimate and actual value of home.” 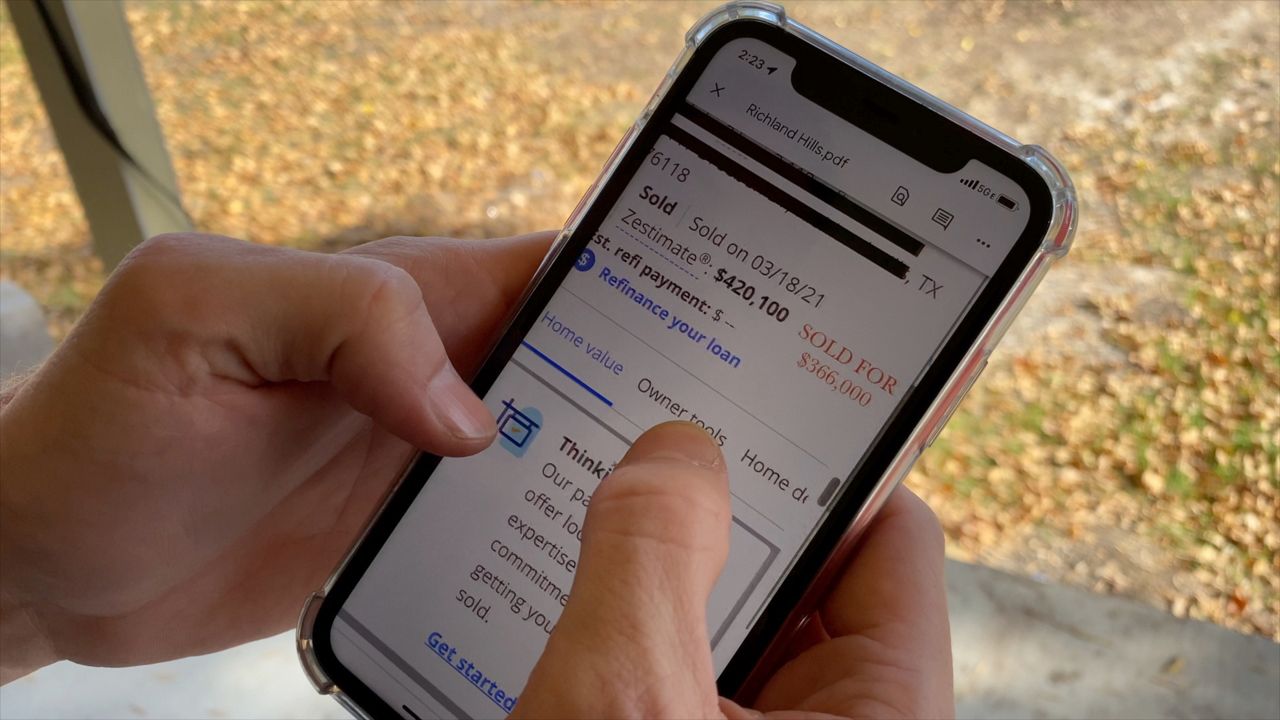 Dallas real estate agent Adam Nelson shows the discrepancy between a property's Zillow zestimate and the actual selling price. A house he sold in March 2021 sold for $54,000 less than its "Zestimated" value. (Spectrum News 1/Lupe Zapata)

DFW isn’t the only market in Texas where Zillow is losing, according to Austin real estate agent Paul Juarez with JB Goodwin Realtors. Jaurez has worked in multi-family housing since 2019 and helped more than 100 people find a new home.

Juarez has seen Zillow offering lower commissions for the buyer’s agents as well.

“The houses Zillow owns have just sat on the market for a long time, some for more than 60 days or more. They were slow to reduce their price after being on the market for so long and so they have all this money tied up in real estate that they’re having a hard time selling,” Juarez said.

In North Texas Nelson expects to keep busy now that Zillow is trying to sell its properties quickly. Even so, he still has to remind his clients of one simple fact.

“At the end of the day the market decides how much a home is worth, not an algorithm,” Nelson said.

Tax records show Zillow currently owns almost 400 houses in the DFW real estate market with more than half of those properties for sale are in Tarrant County. 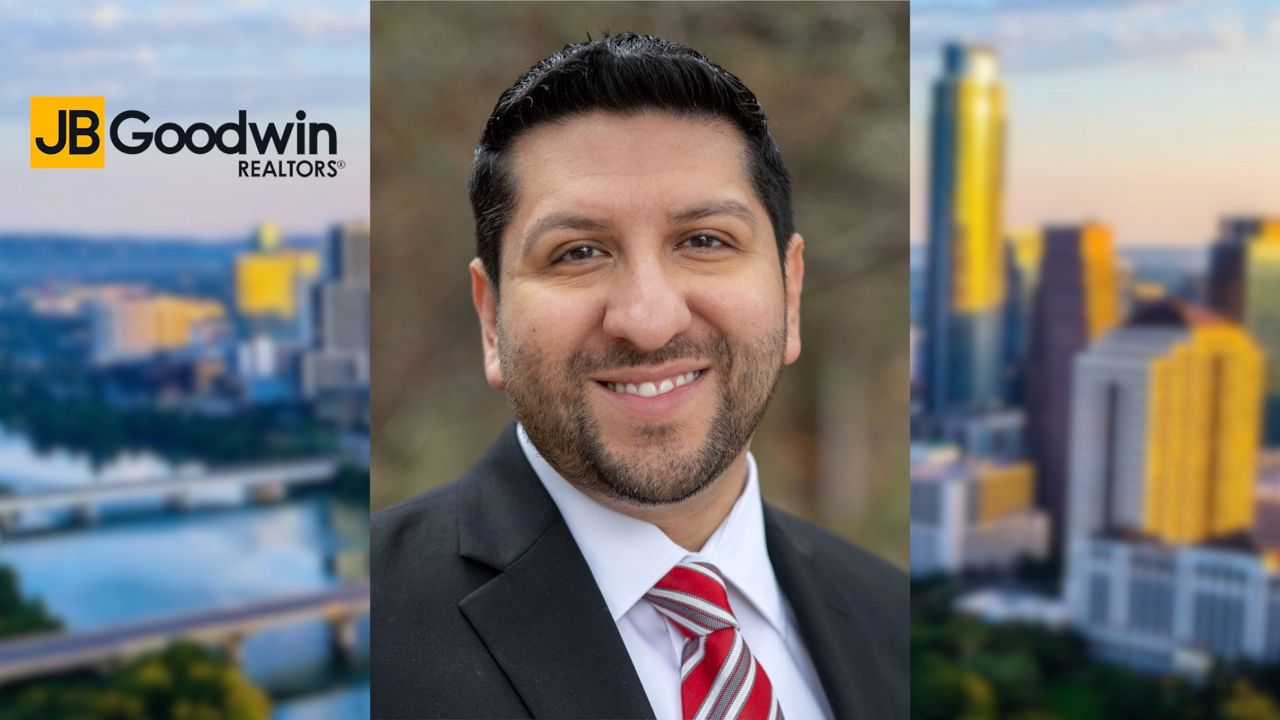 If you have an interesting story or an issue you’d like to see covered, let us know about it.

Share your ideas with DFW human interest reporter Lupe Zapata by emailing him at Lupe.Zapata@Charter.com.