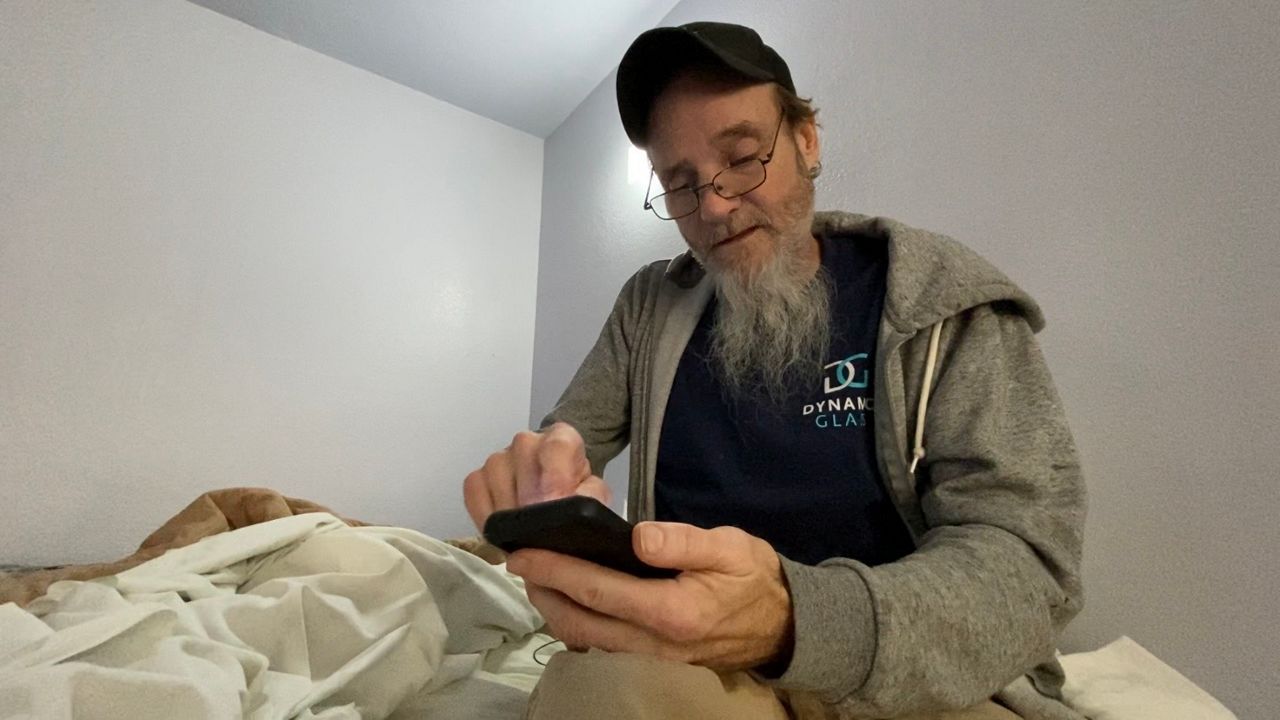 The U.S. Department of Treasury will take that money back if these counties fail to improve their programs.

Under Treasury guidelines, ERA programs must have used at least 30% of its funding by September 30.

In a press release, the advocacy group Texas Housers reports 16 of 36 local jurisitictions with emergency rent assistance are “underperforming.” 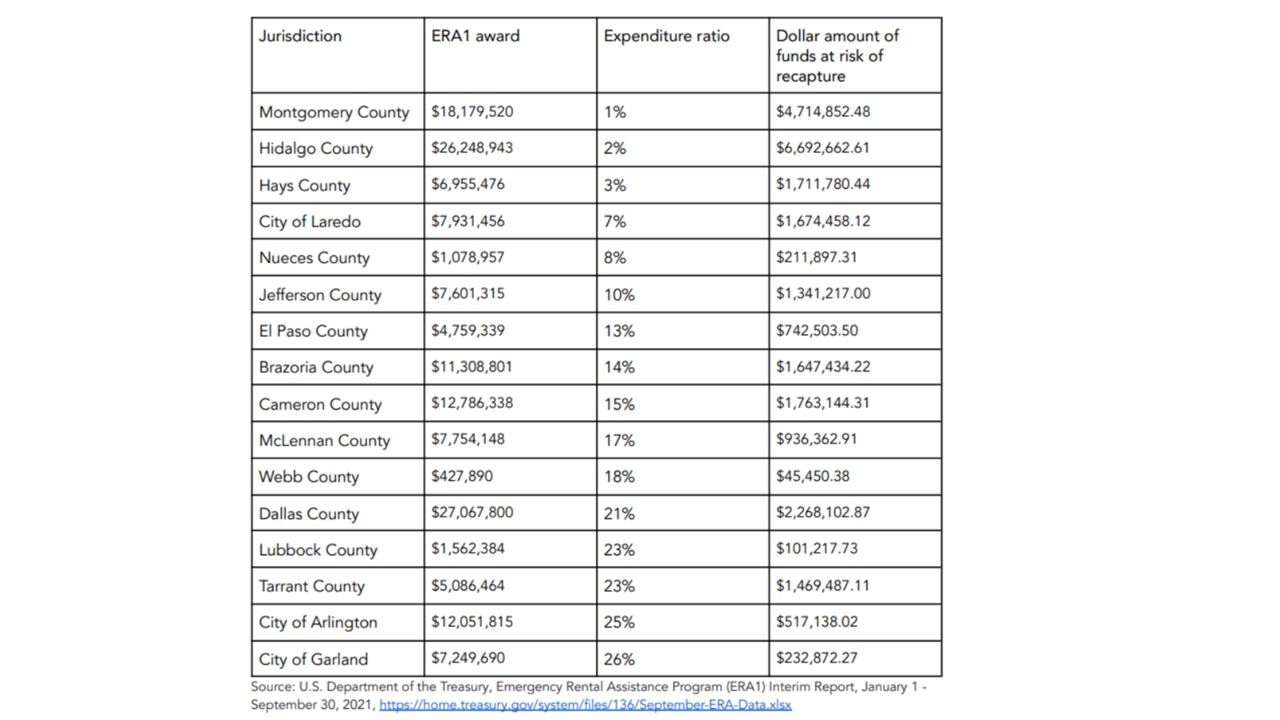 Hays County has spent 3% of its more than $6.9-million, the third lowest amount in the state. Mike Orlvoski is currently living in Hays County at a motel in San Marcos. He got COVID in August. Because of complications from being a diabetic, he’s been in and out of the hospital ever since. At the time of this interview, he had just returned from eight doctor appointments. Orlvoski says when he was first in the hospital, his landlord decided not to renew his lease.

“I went five weeks without a paycheck so I had no money in the account to be able to go and put a deposit down,” he said. 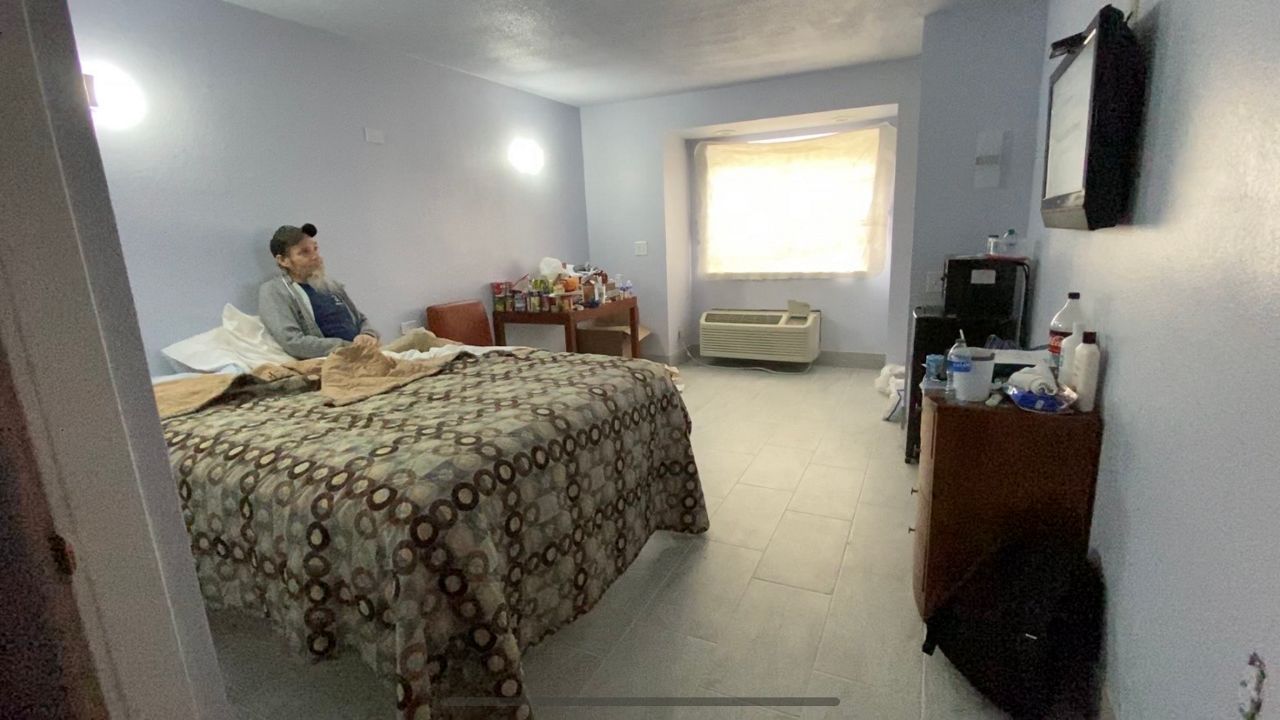 Unable to work steady hours because of his condition, he couldn’t afford a new apartment. He says he spent a few months on a friend’s couch until he got kicked out. For the last five weeks, the Classic Inn off Interstate 35 has been his home, thanks to Hays County emergency rent assistance.

These programs with excess funding can submit a “program improvement plan” committing to implement the Treasury’s “ERA Best Practices.”

Martin says the 16 counties that are not meeting those needs will lose approximately 30% of their funding and even more in the following months if they continue to miss spending benchmarks. Texas Housers data shows Hays County stands to lose more than $1.7 million, to start.

“We think it would be unfair of the Treasury and the local jurisdictions to punish local renters and to put them at risk of eviction because of the inability of their local government to get rent relief out,” Martin said.

Spectrum News 1 reached out to Hays County for an interview. A spokesperson declined our request, but confirmed the county submitted an improvement plan by the Nov. 15 deadline.

In a written statement, the county judge says while they received funding in January, the process of setting up the program took until July.

“While we did receive the funds in January 2021, the internal ERA program was not rolled out until July 2021. The original intent was to hire a contracted project manager to facilitate the program.  A formal RFP was published following Texas Local Government Code and takes two to three months to meet the publishing, questions, submittal and committee review timeline. Upon review and recommendation by the review committee, the Commissioners Court voted on June 15 to hire staff and roll out the program internally. Staff was hired and an electronic ticketing software application was built in order to allow Hays County Citizens to apply for assistance.”

The Treasury’s 30% disbursement deadline was Sep. 30. Since then, Hays County reports the ERA program is exceeding performance standards. A spokesperson says they have distributed $307,630 through Nov. 12.

Martin argues the process never should have taken this long. He says the reasons that these programs are struggling varies, but lack of experience is a common issue. However, Martin says plenty of other counties and cities successfully set up ERA programs.

“Treasury has worked with these communities. There have been resources available to help improve the quality of these programs and get rent out into the hands of renters and landlords,” he said.

But there’s no disagreement, if the money is taken away, people like Orlvoski will suffer the most.

Orlvoski is one of 73 households the ERA program has helped, according to Hays County.

“Without Home Center and the ERA, I’d probably be on the streets or some shelter,” Orlvoski said.

Spectrum News 1 contacted the Treasury to find out how many counties submitted improvement plans and what the next steps will be in the process. We are waiting to hear back.

Texas Housers say the money recouped could go back into other local ERA programs or Texas Rent Relief (TRR).