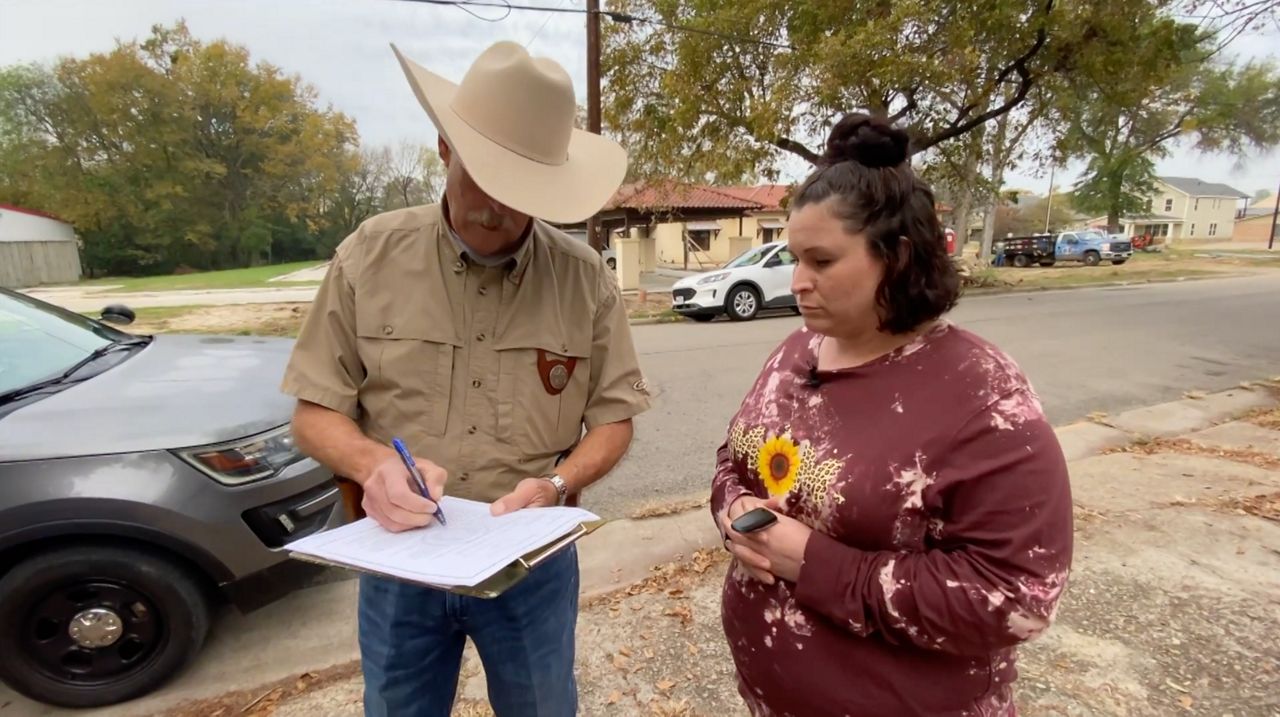 Thrown to the streets: Advocates say new state law is making evictions harder for tenants with nowhere to go

AUSTIN, Texas — Eviction filings are on the rise in most major cities in Texas since the moratorium ended. Rent relief is also running out, putting even more renters at risk. Now, new legislation could be adding to that stress.


HB900 became law in the last special session. It eliminates the liability for landlords during a “writ of possession,” which legally allows the forceful removal of a tenant and their property out of a rental unit if they have failed to leave by the court ordered eviction date.

Tenant rights advocates say this is letting landlords get away with reckless behavior. Those in favor of the law say landlords shouldn’t be responsible for what happens during a lawful process.

On the other hand, there are tenants like Shannah Alexander who say the process isn’t fair to begin with. On the day we met up with the Sulphur Springs mother of two, she got a surprise visit from a constable. He served her with an eviction suit, and it’s not her first one.

“From the 19th of October to now, that’s two evictions,” she said.

Alexander just signed the lease at the apartment she’s staying at now after she was evicted from her last apartment less than a month ago. She has two daughters with special needs. Alexander gets child tax credits, but it is not enough for rent or to support her family.

Both her parents died recently, so without child care, it’s hard for her to find work.

“I’ve never had so many problems,” she said.

Alexander applied for Texas Rent Relief back in August. She got an email notifying her she qualified for rent relief on Oct. 4. Her eviction hearing was Oct. 5. The court ruled in her landlord’s favor.

When Alexander stayed past her eviction date, the landlord got a “writ of possession” from a judge, allowing them to forcefully remove her property from the rental.

“I had nowhere to go and so I did draw it out as long as I could because I was panicking,” she said.

She adds that some of her treasured possessions were treated like trash.

“They take control over it and they have no respect,” Alexander said.

When we contacted the landlord, she denied mishandling any of Alexander’s possessions.

Rollins says HB9000 will make the process even worse. She says sometimes they hear from tenants who have been mistakenly or wrongfully thrown out through a writ of possession.

“I think it lets landlords off the hook so they have no reason to take any particular care when putting [them] out the property,” she said.

The nonprofit was one of many advocacy groups that fought against the bill. When it passed, it was a huge disappoint for tenant rights organizations.

“We don’t want landlords to be excessively reckless when they’re setting somebody out," Rollins said.

Rollins says in a state that is already “landlord-friendly,” tenants need more protections, not less.

“There needs to be more guard rails to protect people from abusive practices in the rental housing industry that are very, very common in this state,” she said. “Landlords do it because they know they can get away with it.”

Rural areas where Alexander lives have even less protections. Neither Hopkins County nor Sulphur Springs have local rent relief programs.

Texas Rent Relief stopped taking applications last Friday. Alexander says her landlord turned down her rental assistance. Her landlord told us they were not willing to do a direct deposit. She said that when Alexander didn’t give her the rent relief directly, she filed for eviction.

Under Texas law, even if a tenant qualifies for rent assistance, landlords do not have to accept it and they can file an eviction.

Alexander’s next eviction suit is Nov. 22, which also happens to be her daughter’s birthday.

Alexander has spent nearly every hour of the day searching for help and affordable housing. Before she even has a chance to move in, she’s now facing the possibility she could be thrown out again.

We reached out to her current landlord and have yet to hear back.