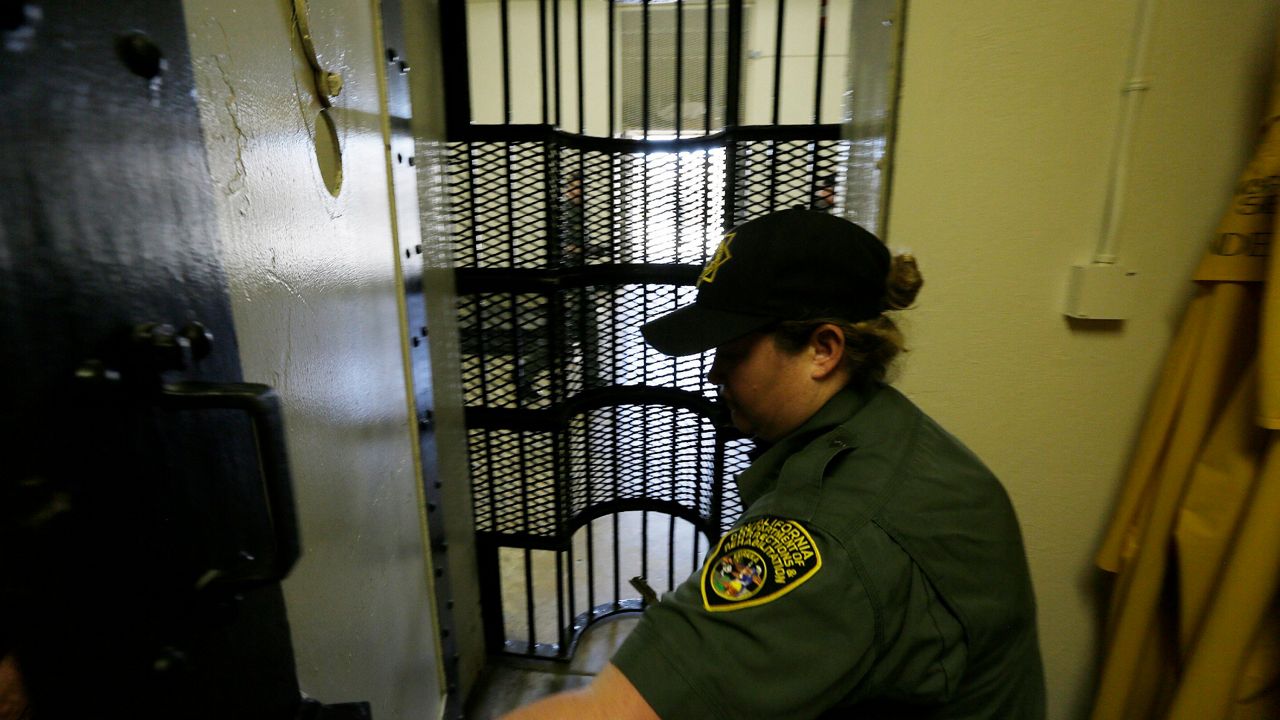 AUSTIN, Texas — COVID-19 is still running rampant in Texas prisons, and advocates are concerned the state hasn't implemented enough safety protocols to reduce the spread among people who are incarcerated.

Right now, there are more than 800 active cases among Texas inmates, and nearly 500 among Texas Department of Criminal Justice employees.

According to the COVID Prison Project, Texas leads the nation in COVID-19 deaths of incarcerated people and prison and jail staff.

Since the start of the pandemic, criminal justice reform advocates have been raising the alarm that prisons could become hot spots for COVID-19 due to overcrowding and staffing shortages.

Those fears came to fruition, and now those activists are worried about the state relaxing its COVID-19 safety protocols.

Janis Henderson’s son Elijah is among those incarcerated, and is currently in a Texas prison with nine months left to serve of a three-year sentence.

He has been reluctant to get vaccinated against COVID-19, and his mother is concerned the Texas Department of Criminal Justice isn’t doing enough education on the vaccine’s safety.

“So many of the the guards where he is talk about how the vaccination is not safe. They talk about, you know, this is all a conspiracy. And those young men that are in those units, they don't have the knowledge," said Janis Henderson.

A spokesperson for the TDCJ released a statement to Capital Tonight saying, “TDCJ continues to relay the importance of receiving the vaccine. The agency has done multimedia campaigns directed to staff, arranged family vaccine events, and offered administrative time off. TDCJ continues to offer opportunities for those who want to take the vaccine among the staff and the inmates.”

But advocates say the state needs to do more to address the problem.

“Texas is one of 13 states that, for one thing, did not ever explicitly mention incarcerated people anywhere in its vaccination rollout plan. It is also one of 15 prison systems that as of July, had not vaccinated more than 60% of the incarcerated population," said Wanda Bertram, spokesperson for the Prison Policy Initiative.

In September of this year, 13 TDCJ staff died of COVID-19, the highest monthly number so far.

Since the start of the pandemic, more than 200 Texas inmates and more than 70 TDCJ staff have died from COVID-19.

“There's so much more that could have been done to de-carcerate jails and prisons to help guard against the tragedies that we've seen, and there's really blood on the hands of state and local officials, for not having done that," said Amanda Woog, executive director of the Texas Fair Defense Project.

It's a problem that’s not going away.

Right now, 87% of units have active COVID-19 cases, and Henderson is petrified for her son’s health and safety.

“I advocate for people to stop and think about the fact that the people who are incarcerated are humans, and just because they're inside a cell does not remove their humanity," said Henderson.

Austin-based nonprofit Texas Appleseed along with the Texas Justice Initiative conducted the study and looked at conditions in Bastrop, Caldwell, Hays, Travis and Williamson county jails.

Both jail staff, and those incarcerated, were surveyed.

According to the study, fewer than half of inmates surveyed said jail staff consistently cleaned common areas.

"One of the things that we had heard from a lot of folks both in jail and people working in jail was just the patchwork of policies and the frequency with which policies were changing was a source of confusion, and also concern," said Dr. Ellen Stone, the director of research at Texas Appleseed and a co-author of the report.

Some jails made no effort to quarantine infected people, and at certain points, infection rates in the Caldwell, Williamson and Hays county jails were higher than the general community.

"We heard from some folks who said that they felt that people weren't being quarantined when they were experiencing symptoms, but also that [people were] being quarantined for long periods of time without access to recreation, visiting services from friends and family, and other other things, such as like rec time, were really difficult to deal with, as well," said Stone.

She says there needs to be a bigger conversation about how to handle future health crises in jails and prisons, and transparency of data needs to be a priority.

"The Texas Commission on Jail Standards used to be collecting daily reports that would show the number of COVID cases, how many people are quarantined and isolated, and they stopped making jails issue those reports back in June. And so what we're really also pushing for us to continue getting that data so we know what's going on in jails," said Stone.