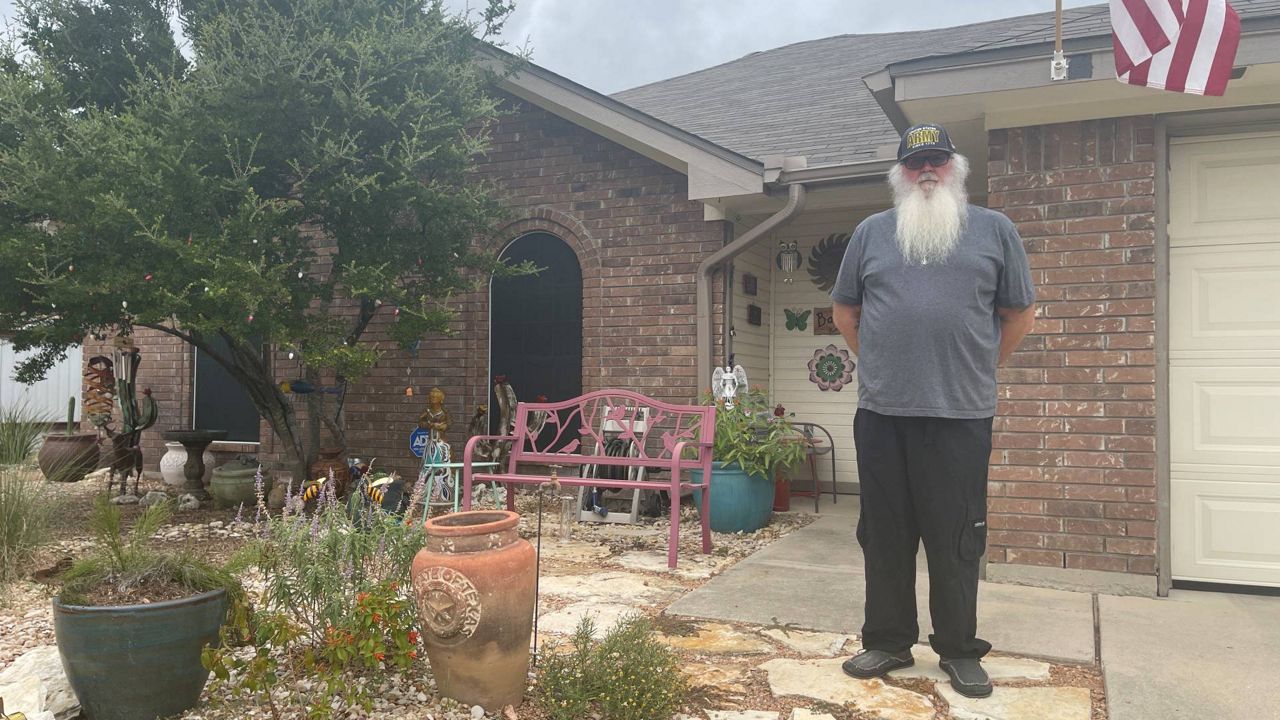 KILLEEN, Texas — After an expansion of the state’s compassionate use program on September 1, anyone diagnosed with post traumatic stress disorder can access medical marijuana. PTSD was just one of the conditions added to the expansion by state lawmakers during the regular session.

David Bass, a Desert Storm Veteran living in Killeen, Texas, credits cannabis to his recovery journey through PTSD. He served 25 years in the Army and was deployed to Iraq in 2004-2005. His time there made a profound difference in his life.

“It was heavy fighting the entire time that the First Cavalry Division was deployed to Iraq. We took some serious casualties,” he recalls, adding that the traumatic experience abroad was only tolerable by focusing on a dream he held onto.

“This is what I dreamed about in Iraq: a place where I could just relax safely, everything's quiet and peaceful and I don't have to worry about a rocket falling out of the sky,” he said, referencing his back patio in which wind chimes from across the state hang from trees.

When he returned he began working to make that dream a reality, building a patio that would serve as his safe space. Except the horrors of Iraq would not be quelled so easily.

"When I came back to Fort Hood in 2005 I started noticing that I had strange symptoms,” he said.

He was having nightmares, anger outbursts, and vivid flashbacks, textbook symptoms of post traumatic stress disorder. He immediately began medical treatment, but that treatment ended up doing more harm.

“It's ironic that a side effect of some psychotropic pills is suicidal ideation, and they're supposed to be helping posttraumatic stress disorder,” said Bass.

He says the medication made him feel empty and unlike himself. After several years, Bass says he desperately searched online for alternative solutions and in 2012 he found a community of Veterans going back to the Vietnam War who swore by the calming effects of marijuana. That year he began self medicating.

“The choice was cannabis or the pill, and we chose cannabis,” he said, pointing out that he chose to do so reluctantly as cannabis was illegal at the time. Since then, he’s been pushing for serious cannabis reform at theTexas State Capitol by sharing his story with lawmakers. Slowly, reforms have advanced in bipartisan efforts as recently as this year. That includes the addition of PTSD and all forms of cancer. Lawmakers made other changes to the Texas Compassionate Use Program, or TCUP for short.

"There's also a change in the makeup of the formulation. It was previously limited to .5% THC and that has increased to 1% THC. While people are still able to access the same amount of THC, it simply just allows them to take less of the carrier oil per milligram of THC. So now we're seeing some dosing coming out with the 10 milligrams per milliliter dosing, which is considered 'standard'," explains Jax Finkel of Texas NORML, which advocates for cannabis reform in the state.

Advocates like Finkel are intent on expanding TCUP in what remains of the latest special legislative session and beyond.

"In a program like ours where the legislature is deciding conditions, there's also a sense of a little bit of sadness because there were a lot of patients that were not included, such as those who live with chronic pain or traumatic brain injury, which many veterans do have, and also ulcerative colitis, IBS things like this that...cannabis has a beneficial side effects," said Finkel.

Advocates say the inclusion of PTSD as an eligible condition is a small, albeit overdue, victory. Bass says he'd change nothing of the chain of events leading to today.

“Man, if I was reincarnated, I bet the first thing I would do is go down to the recruiters office and find the Army,” he said.

Bass says he’s happy for the strides in cannabis reform in the last six years and remains hopeful more reform is on the way.