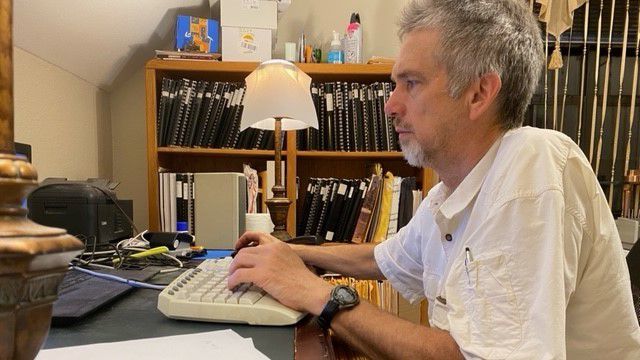 TEXAS — Oscar Stilley has the distinction of being the first person to sue over Texas’ abortion law. Earlier this month, the former lawyer from Cedarville, Ark., and another ex-lawyer in Chicago, Felipe Gomez, filed separate lawsuits against Dr. Alan Braid.

Braid had published an op-ed in the Washington Post publicly announcing he had performed an abortion that took place more than six weeks past the point of conception. The procedure at that point in the pregnancy was made illegal on Sept. 1 by Texas’ so-called “Heartbeat Bill.”

What makes the Texas abortion law different from previous attempts to limit the time in which an abortion can be performed is its enforcement mechanism. Instead of relying on the state to enforce the law, Texas is allowing private citizens to file civil lawsuits against anyone who performs, “aids and abets,” or intends to aid or abet an abortion performed after a fetal heartbeat can be detected.

And that’s what Stilley did after he read Braid’s op-ed.

“I don’t hate this doctor at all. I like this doctor,” Stilley said. “He put his hand in the air and said, ‘Yeah, it’s me. I did it. You don’t like it, bring your lawsuit.’ So I brought the lawsuit.”

The law also allows for the plaintiff to collect a minimum of $10,000 in statutory damages if he or she wins.

Even so, it’s a party Stilley couldn’t attend. After spending 10 years in prison, he’s now under house arrest, confined to the guest house and grounds on his aunt and uncle’s property. The law doesn’t say anything about preventing convicted felons or people from other states from suing.

Stilley wears an ankle monitor at all times, calls into a halfway house twice a day, and gets random visits from authorities to secure his whereabouts. He’ll be there two more years while completing a 15-year sentence for tax fraud.

Stilley says he’s neither anti-abortion nor an abortion-rights advocate. He calls himself pro-Constitution and pro-justice.

“If we want to change Roe v. Wade, let’s change it in the legal way. That’s really what I have a problem with,” Stilley said.

While anti-abortion groups have been celebrating the passage of the law, they aren’t planning on filing lawsuits against Braid. The anti-abortion group Texas Right to Life told Capital Tonight it sees the doctor’s actions as a way of encouraging irresponsible lawsuits.

“The goal of the Texas Heartbeat Act is to save preborn children, and it’s doing that,” said Kimberlyn Schwartz, director of media and communications at Texas Right to Life.

Texas Right to Life said it doesn’t support the lawsuits and hasn’t filed its own because it’s suspicious of the doctor’s claims.

“We believe that this is all a stunt by the abortion industry trying to look like the victim at the same time being the perpetrator,” said Schwartz.

Constitutional scholars say it’s hard to predict how these lawsuits will play out.

"Even if the trial court agrees with the defendant doctor that Roe v. Wade makes it clear that a woman is entitled to get an abortion, at that point we don't know what a state appeals court would say, and we don't know that the state Supreme Court would rule in the way that the doctor wants them to rule and then if the State Supreme Court doesn't rule that way it could ultimately make its way to the United States Supreme Court,” said Southern Methodist University law professor Dale Carpenter. “In fact I think that might very well happen. And that can take a long time."

Larry Sager, a constitutional law professor at the University of Texas at Austin, blames how the law was written.

“They’ve made everyone a bounty hunter, and they don’t have control over who sues, and when they sue and what they say in their complaint,” said Sager.

Braid made his intentions in writing the Washington Post op-ed very clear. In his opinion piece, he writes in part, “I fully understood that there could be legal consequences, but I wanted to make sure that Texas didn’t get away with its bid to prevent this blatantly unconstitutional law from being tested.”

Spectrum News 1 tried to reach Braid and his representatives for comment on this lawsuit but did not get a response as of press time.

So, is Stilley the publicity hog people claim, an opportunist, or just the cherub of justice and law he wants you to believe? Maybe a little bit of all three.

Either way, this lawsuit was inevitable, and an entire nation is watching how it unfolds.

“I take the lawsuit seriously,” Stilley said. “As far as a circus, if they think it’s a circus, maybe they need to buy a ticket and get ready for the show.”​