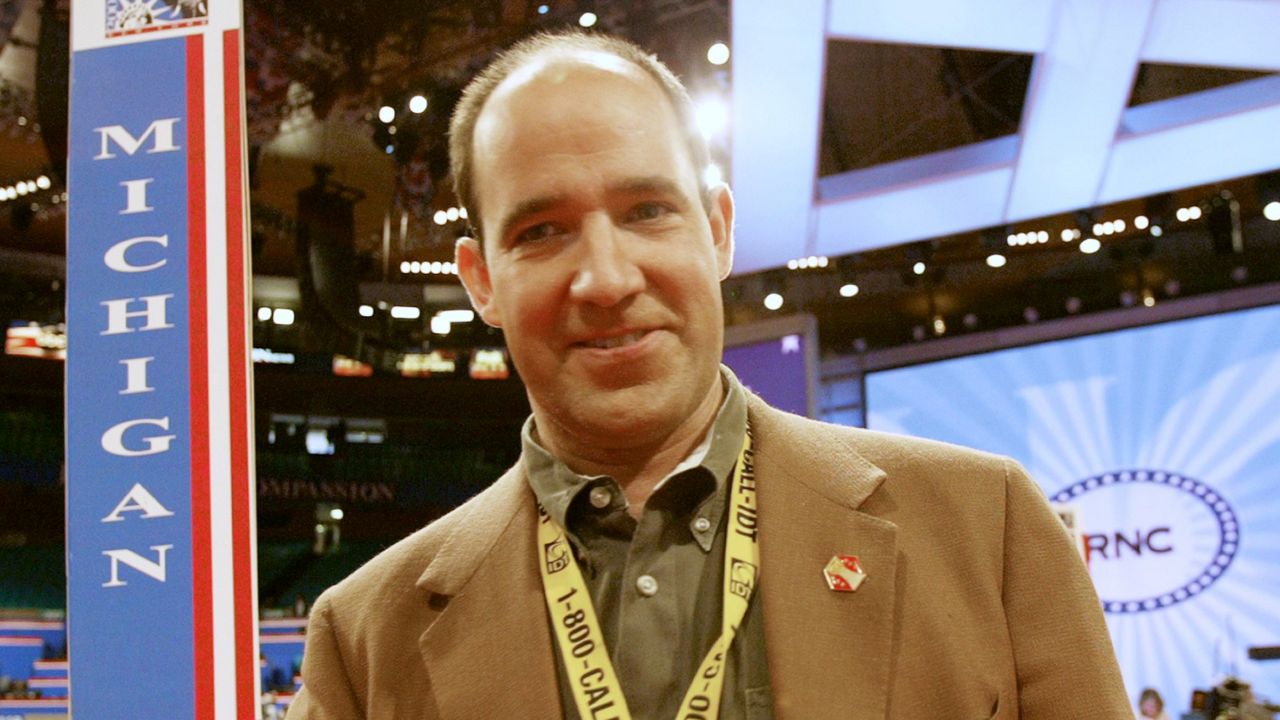 In this Aug. 31, 2004 photo, Matthew Dowd, former pollster and strategist for President Bush, is seen on the floor of the Republican National Convention in New York. (AP Photo/Charles Dharapak, File)

In a two-minute campaign video, the former political analyst for ABC News said GOP politicians have failed the state. He zeroed in on Patrick, whom he called “cruel and craven."

"Dan Patrick has been lying, deceiving, fracturing the bonds we share and endangering all of our lives," he said. “Enough is enough. We need more officials who tell the truth, who believe in public services, in common sense with common decency for the common good...Dan Patrick believes in none of those and that is why I am running for the powerful office of lieutenant governor of this great state.”

In an interview on Capital Tonight Wednesday, Dowd said he’s running as a Democrat because it’s the only party that believes in the fundamentals of democracy and putting people first.

“The Republican Party has become the party of mean spiritedness, cruelty and autocracy,” he said.

Dowd would likely first have to face Mike Collier in a Democratic primary election. Collier has said he's planning to run for the post again and is expected to announce soon. He was the 2018 Democratic nominee and came within five points of Patrick.

Dowd said he would not attack Collier in the primary.

“After 20 years working to elect Republicans across the country, we welcome Matthew Dowd back to the Democratic Party. Mr. Dowd—you may notice things have changed a lot since you were working for Republicans. Democratic voters will be interested to hear how selling a false war, ensuring the deciding Supreme Court vote to overturn Roe v. Wade, and leading the charge to pass numerous anti-marriage equality ballot measures have shaped your current views.”

Dowd has also worked for Texas Democrats, notably Bob Bullock, who was the last Democrat elected as Texas lieutenant governor in 1994.

He then worked for Bush from 2000 until he publicly broke with him and the Republican Party in 2007, largely over the president's handling of the Iraq War.

Sisters/brothers, I am running for Lt. Gov of Texas. We must remove the cruel and craven GOP incumbent. I can't do this alone. I need your help. We are up against large sums of money. I hope you will contribute. https://t.co/O0FiIe1HlQ pic.twitter.com/jfCj3fW8bN

In his campaign video announcement, Dowd cited Patrick's championing of conservative measures at the Legislature, including proposals to allow for the permitless carry of handguns, to rewrite the state's election laws and to prohibit most abortions in the state, adding that Patrick "waged a culture war" and has tied the hands of local officials responding to the coronavirus pandemic.

He said he would roll back all of those issues if elected.

“All of those things need to be rolled back. The assault on Roe v. Wade, the ability of people to carry handguns openly without a permit or training and the attack on voting rights, which is actually the worst of it all. I will do everything possible, working with every state senator, to roll all those things back,” he said.

He also criticized the work Patrick did in response to the statewide power outages during February winter storms, arguing that "he didn't protect us."

Click the video link above to watch our full interview with Dowd.