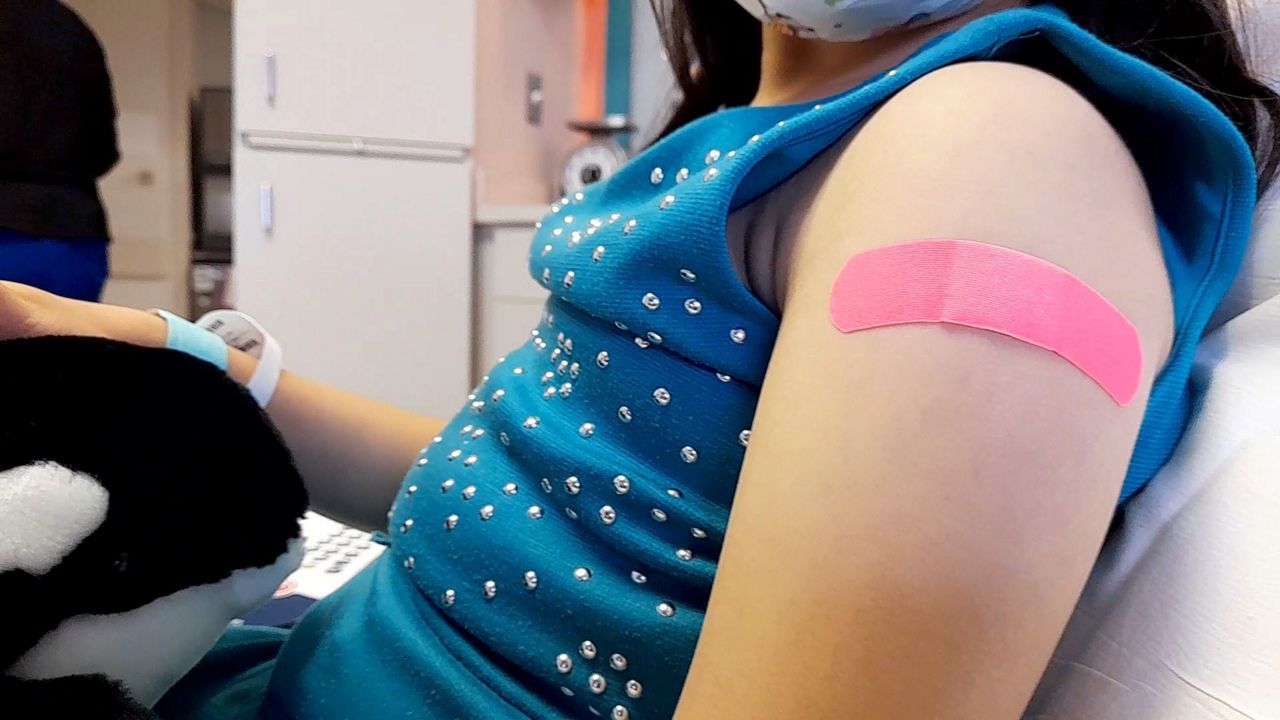 Jose Garcia's daughter after she received her shot during the Pfizer trial. (Luis Garcia/Spectrum News 1)

HOUSTON  — When Jose Garcia's seven-year-old daughter returned to in-person classes, he was concerned about her catching COVID-19 in the classroom, so he looked for a way to protect his daughter.

He said that he started looking online for clinical trials for either Pfizer or Moderna vaccines.

“I found one for Pfizer.  I applied online and then they called me two days later, telling me that they were interested in us participating,” Garcia said.

He and his wife enrolled their seven-year-old and 16-month-old daughters in the Pfizer study.

“So far everything looks so good, no side effects that we can tell,” said Jose

The study is conducted at the Texas Children's Hospital in Houston. Dr. Flor Munoz said the hospital is one of many sites in the country conducting the clinical trial.

“This is a multi-center study. It is also happening in Canada and Europe and we have been fortunate to have a lot of interest from the families here in Houston to participate in the trial,” Munoz said.

Garcia said he was never worried about his daughters being some of the first children to get the vaccine because both he and his wife got the Pfizer vaccine. The girls are part of the third and final phase of the Pfizer study. Munoz said safety is a key priority.

“We have good data regarding how safe and well tolerated the vaccine is, that the FDA is going to review and be able to hopefully make sure that the vaccine is accessible and can be given to all children,” Munoz said.

The trial results for children under five years of age could come later this year, according to Pfizer. Garcia and his family will continue taking safety measures until the FDA approves the vaccine in children because they do not know yet if his daughters received the vaccine or the placebo.

“If we actually got the vaccine then I will be so relieved because that means they would be now protected against all the current variants and that would make us less stressed about our daughter being at school right now,” Garcia said.