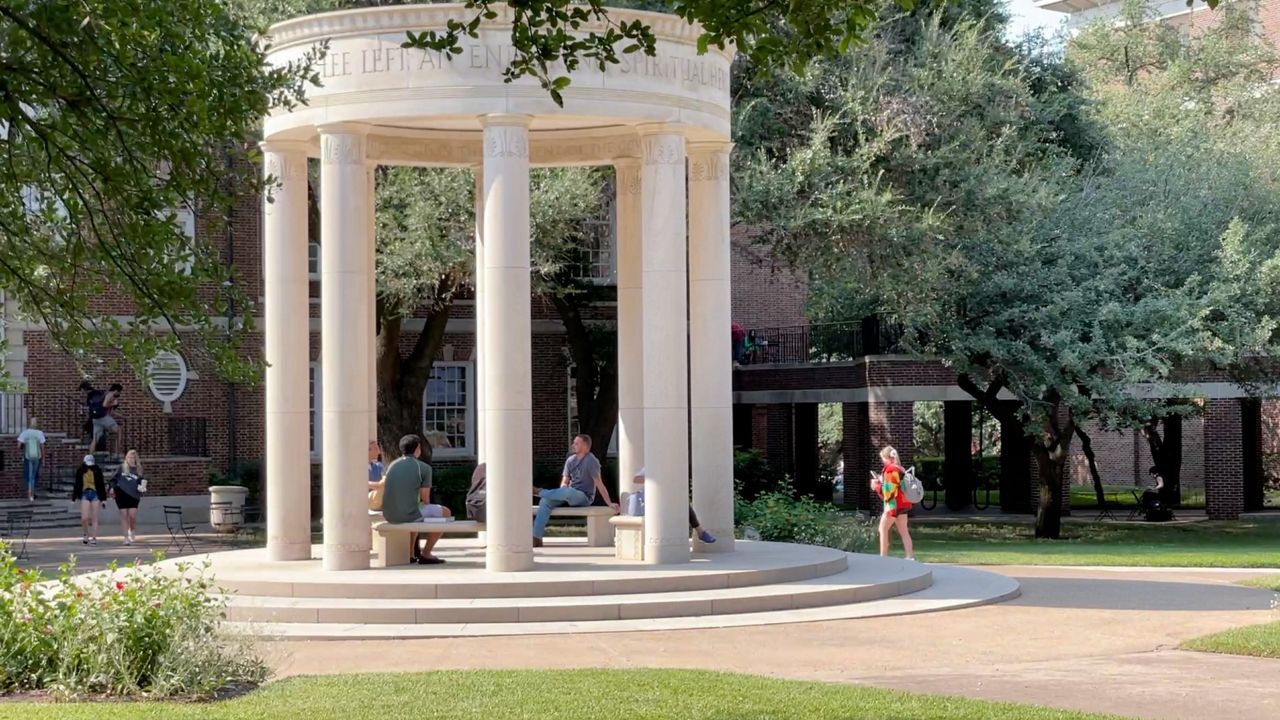 DALLAS — There’s been an uptick in applications this year for Southern Methodist University Dedman School of Law, as more and more young adults are wanting to play a role in the legal system.

SMU associate law professor Natalie Nanasi said her students are going through law school at an exciting time, and are witnessing so many events that have an implication on the legal system.

“The legal system is absolutely changing before their eyes. We've seen just in the last four years, especially, how much has been going on. I mean, every day in the news, there is something happening in the world that implicates the legal system. And really, in recent years, there's just been an absolute proliferation of those issues,” Nanasi said.

When Senate Bill 8, known as the “heartbeat bill” went into effect Sept. 1, banning abortion after cardiac activity has been detected, Nanasi said it caused quite a stir on campus. She said law students are interested in the back and forth between whether the law is constitutional, how it would be enforced and what the Department of Justice is doing to try and prevent Texas from enforcing SB 8.

"Everybody has questions about this law because it's still very early, and there's still so much that we don't know. I mean, as far as I know, there hasn't yet been a lawsuit against anybody who's an abortion provider or somebody who’s, as the law says, aiding and abetting an abortion,” Nanasi said. "There's a lot that remains to be seen, I think students have a lot of questions about what is going to happen? How is this law gonna look? What's the enforcement going to look like? They have a lot of questions about, just generally, how did this case get here?”

Nanasi said SB 8 didn’t just come out of nowhere. Law professors have continuously taught about the history of cases in the abortion realm that led up to SB 8.

"It's often not that we have to start from scratch to talk about something because a lot of the work that we're doing in the classroom is laying the foundation to understanding what these legal issues are,” Nanasi said. "I mean, just even looking at SB 8, you're looking at a history back into the 1970s with Roe v. Wade and Planned Parenthood v. Casey and here in Texas in 2016 with Whole Women's Health.”

However, Nanasi said what makes SB 8 unique and interesting for her students is the novelty of how the law is written.

“It's a different way that abortion opponents are trying to get at the issue. In the past, it's really been about, ‘What limitations can we put on the right to abortion?’ SB 8 does something very, very novel, honestly something new in this area and thinking about how is it that we can evade judicial review and not have the state be the entity that's enforcing this law, but have private individuals who are deputized to enforce it. So, it's a very unique legal approach and it pulls in some different areas of constitutional law and different areas of procedure that students have to think about.” 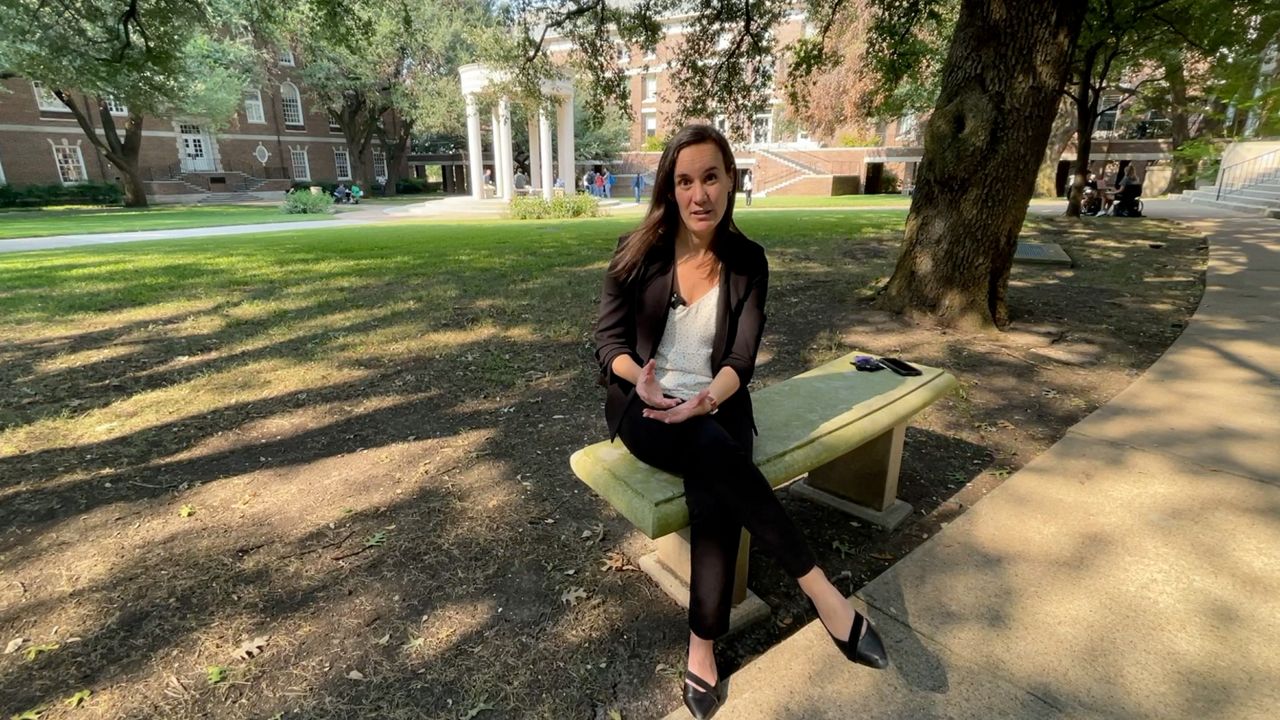 Nanasi said another thing her students are considering, with respect to SB 8, is thinking outside the box and considering what it would look like if the way SB 8 was written applied to other laws — for example, freedom of speech or gun rights.

"We always, here in a law school, are thinking about, ‘Alright, so you have an issue. For example, right now, this is the way that this law is written with respect to abortion. But what does it look like if we apply it to, let's say, the First Amendment to freedom of speech? Or what does it look like if a more liberal state decides to say, 'We're going to make guns illegal, but instead of having the state enforce that law, we're going to have private citizens do it.' Kind of exactly the same way that it's happening here in Texas with abortion rights. And so you're really trying to think about, it’s not really specifically about this one issue, but what does this look like if you lay it onto different areas of the law?”

Law is already an incredibly dynamic profession, Nanasi said. So from day to day, her classroom discussion can change based on current events, like SB 8. She says in the last few years, she’s seen a rise in students wanting to become lawyers.

“We've seen applications rise in law schools, both here at SMU and across the country. Because I think people are starting to see, not only, you know, being a lawyer provides you unique insight into what is going on in the world, being able to understand the legislative process, being able to understand what courts are doing and why they're doing it. But also the power that lawyers have to advocate for change. Whatever issue it is that they're passionate about, or whatever they see going on in the world that they don't think is right, it's often the lawyers that are there who are fighting these fights. And so absolutely, it's a tough time for people, but it is a time where people can really see the value of legal education.” 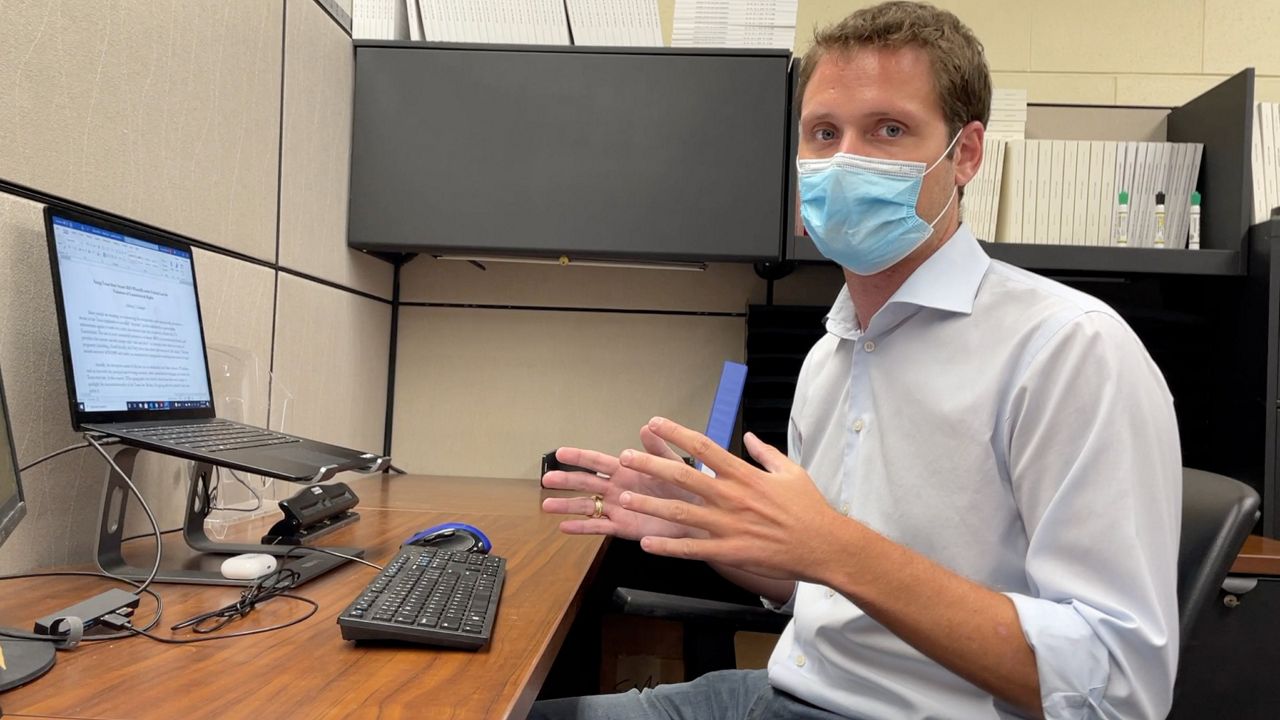 Third year SMU law student Doug Brown believes, for some, it may be ideas or events that have happened that may inspire young people to seek out a law degree and be able to influence the law and become more involved in their communities. When it comes to how he thinks SB 8 may change the legal system moving forward, he’s not quite sure.

"It's a little bit hard to say at this point, because they explicitly didn't rule on the constitutionality of it. Is it a sign? Maybe. I think that's what everybody's wondering," Brown said. "What does this mean is going to happen in the future? And so, looking, kind of getting more information from experts on the field here at SMU has been pretty interesting. It's kind of a wait and see game at this point, I think.”

Brown spends his days in the SMU Law Review office, working on an online academic journal that facilitates timely discourse on a forum for students, practitioners and academics. He says hearing different points of view, especially on controversial topics like SB 8 are beneficial.

"I think it's important to be able to address counter arguments and things, and maybe some ideas that don't agree with you. And it really helps… give you an informed opinion or find holes in your arguments that maybe you hadn't thought about or addressed for either side,” Brown said. "We're definitely talking about [SB 8] and what does it mean. I think it's anybody's guess at this point. It's really hard to say it's going to be X, it's going to be Y. But it's definitely been a topic of conversation."

Referring to himself as a “law nerd,” Brown said he is “excited" to learn about how SB 8 may ripple the legal system. He says it’s a type of law that could make a big difference.

“It's something different… Is this going to become the new norm or is it something that is kind of going to be reined in by other parties? So, kind of looking at that going forward,” Brown said. "I'm not an expert in SB 8 any means by that, but it is something that everyone's talking about and we're kind of excited to learn more about how it affects things going forward.”

Professor Nanasi said her colleagues may have different ways of approaching current events and issues, but most of them try to incorporate discussions about relevant topics, whether that’s abortion, immigration or voting rights into their class time.

"Sometimes we're able to take a current event and use it in the classroom to discuss, more deeply, something that we had already planned to talk about in class that day. And other times, news is so big, it is so relevant to what we're talking about that we just throw our plans for the day out the window, “ Nanasi said. "We follow current events and we try to incorporate those current events into our classrooms anytime that we can because we want to be able to show our students how important the work is that they will be doing once they get out into the real world, once they become lawyers, and to see how they're going to be able to use their law degrees to advocate for change.”