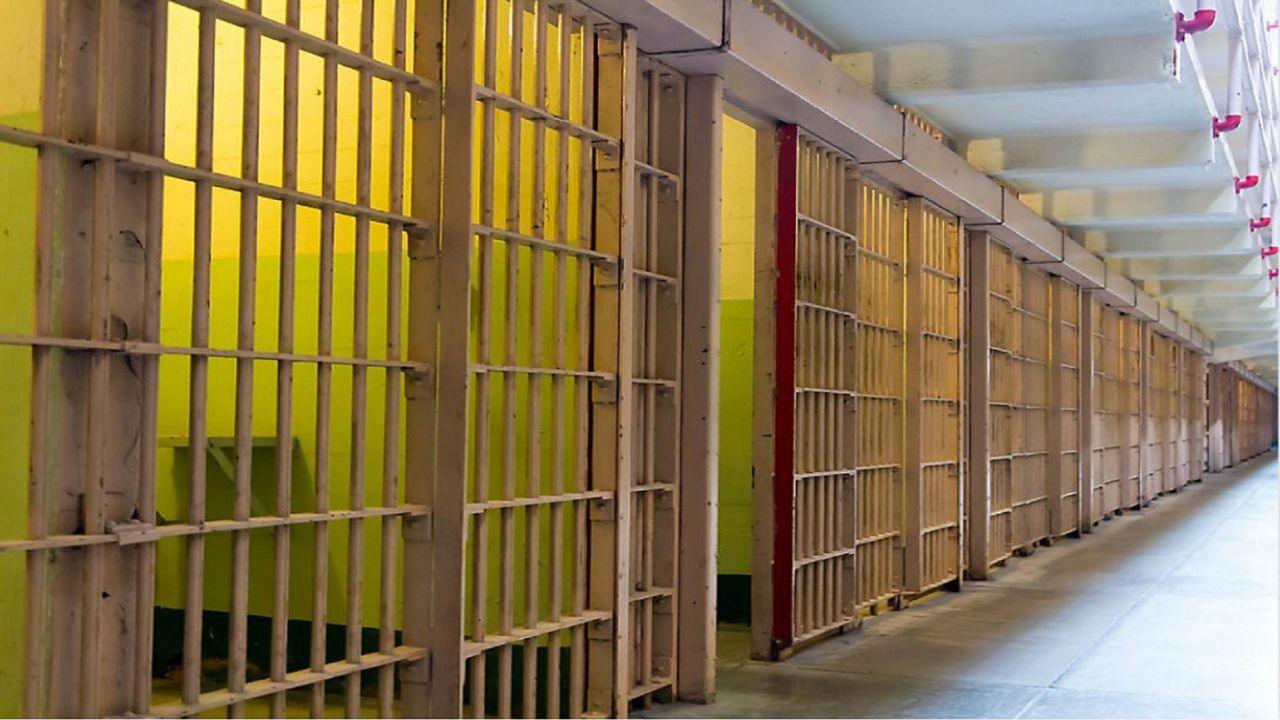 A jail cell appears in this file image. (Spectrum News/FILE)

AUSTIN, Texas — In another win for Gov. Greg Abbott, the state legislature passed a bill overhauling the state’s bail system in the final days of the second special session.


Abbott added the bill to the special session agenda, calling it a priority after the bill stalled because of the quorum breaks.

The legislation restricts whether and how criminal defendants awaiting trial can be released on personal bonds, which do not require cash upfront.

Abbott has said the major changes in the bill are essential for public safety reasons, saying it will keep people who are considered to be risks to the public behind bars prior to trial, while civil rights organizations fear it will mainly target people who can’t afford bail.

“There really are people that should not be in the community. They should not be given a personal recognizance bond," said Sen. Paul Bettencourt, R-Texas Senate District 7.​

“People were being released like popcorn on PR bonds, and they ended up killing somebody," said Bettencourt. "We've got to realign the scales of justice to where we're not releasing the same, you know, violent criminal element back on the streets.”

But those people could still be released if they have the money to pay bail.

“Cash bail has nothing to do with public safety. All it means is that if you have resources, you have money, you can pay your way out of custody, and if you're poor, you sit in jail," said Carson White, staff attorney with Texas Appleseed.

Critics of the bill say it will disproportionately impact people from low-income and marginalized backgrounds.

“This matters for people who are what I call the poorest of the poor, who simply don't [have] access [to] the financial resources to pay cash bail or to pay a bondsman," said Amanda Woog, executive director of the Texas Fair Defense Project.

Supporters of the bill say it’s necessary to keep people thought to be dangerous in custody before trial.

In the guidelines set in the bill, before setting bail, judges would have to go through training and consider a defendant’s criminal history.

“If they've taken into consideration all the factors, including their ability to pay, and they set a bond that they cannot afford, then the constitutional requirements have been met, and then it's just, that's what the impact of their risk to public safety is," said Ken W. Good, attorney and board member of the Professional Bondsmen of Texas.

Civil rights organizations say that they plan to issue legal challenges to the bill once it becomes law. ​

Before voting to approve the bill, lawmakers removed a controversial element of the bill that banned charitable organizations from providing bail funds for people.

That was common last summer when protesters were arrested during the Justice for George Floyd demonstrations, so the provision caused an outcry among activists who said it directly targeted protesters.

In a conversation with Capital Tonight, Howard Henderson, the founding director of the Center for Justice Research at Texas Southern University, said he believes there are ways to increase public safety while also ensuring the policies don't discriminate against the poor.

“I think district attorneys have an opportunity to conduct widespread decisions that would allow them to release non-violent, low-level offenders. But at the same time, there’s a way to ensure public safety. But because of the political nature of this conversation, it becomes so politically charged that no one can focus on the real issues," said Henderson. “I think with bail reform, we understand the highly charged nature of this political reality. You have policy makers on both sides of the aisle arguing that there’s benefits to them passing or not passing a law. It’s my hope we can get to the table and have an honest conversation about bail reform, which is a tricky issue.”

While the state's overhaul of the bail system is awaiting Gov. Abbott's final sign-off, there are several new laws addressing criminal justice now in effect.

This includes a ban on chokeholds unless it's necessary to prevent officer or bystander injury or death. Officers would also have to intervene if a fellow officer is using excessive force.

The Botham Jean Act is named for the Dallas man who was shot and killed by an off-duty officer and requires police to keep body cameras activated during the course of an investigation.

Also on the list of new criminal justice legislation is a law that prevents larger cities that cut police budgets from being able to increase property taxes or utility fees.