A donor for We Are Blood. (Spectrum News 1/Agustin Garfias)

AUSTIN, Texas — Daniel Carr remembers the days when he used to edit videos, export them before bed, and wake up to find them still rendering.

“It would take 10-plus hours. Technology has come a long way,” Carr said. 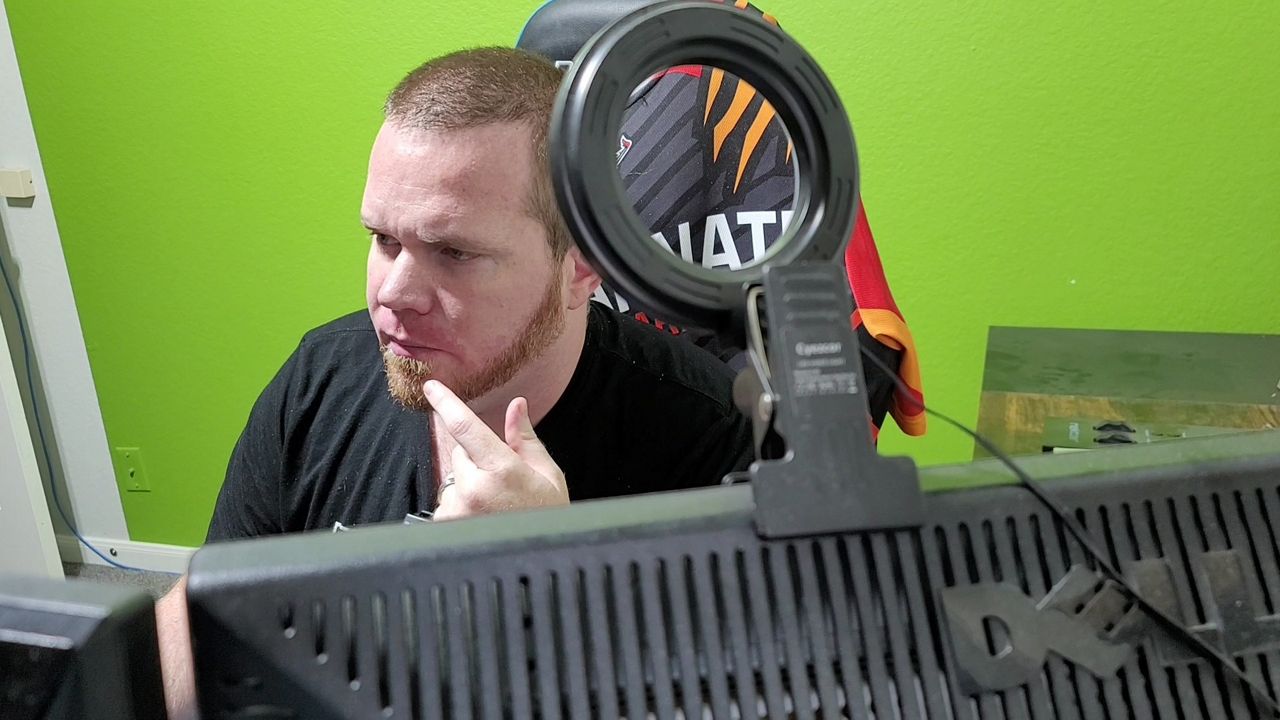 “I could write stuff that is emotional but it’s just not me,” Carr said. “In today’s world you just want to make people laugh and forget how terrible the world is even if it just three minutes at a time.”

Carr’s game station is also his work station. Everything happens in front of his personal computer and due to the amount of work happening simultaneously, Carr needs the extra power to get work done.

“I currently use a Nvidia GTX1080,” Carr said, referencing the graphics processing unit or GPU in his computer.

Carr says it gets the job done and videos export much faster. Still, the processs leaves his computer untouchable for up to an hour depending on the length of the clip.

The GPU is used mainly to manage and enhance video and graphics performance. Explaining it to the non-gamer, Carr says it’s like having a 2018 truck and upgrading to a new truck that will carry a bigger load, faster and use less gasoline.

“Or upgrading from a Corolla to a Corvette,” Carr said, laughing.

GPU prices are inflated due to high demand, reinstated tariffs and a shortage of chips.

“The only way you can get them right now is pay an exuberant amount of money to scalpers on Ebay,” Carr said.

Which is why it was a no-brainer for him to donate blood for a chance to win a GPU from We Are Blood.

“This came up from one of our colleagues who is interested in gaming and brought up that this item is rare and in high demand,” Nick Canedo, VP of community engagement with We Are Blood, said.

While GPU’s at retail price have been pretty much unattainable since the COVID pandemic began, blood donations have been scarce over the same time frame.

We Are Blood managed to nab one of PC gamings most sought after GPUs through its network of blood centers. The organization saw the chance to bring in new donors and convince once regular donors to schedule appointments in exchange for an opportunity to win the piece of PC hardware. 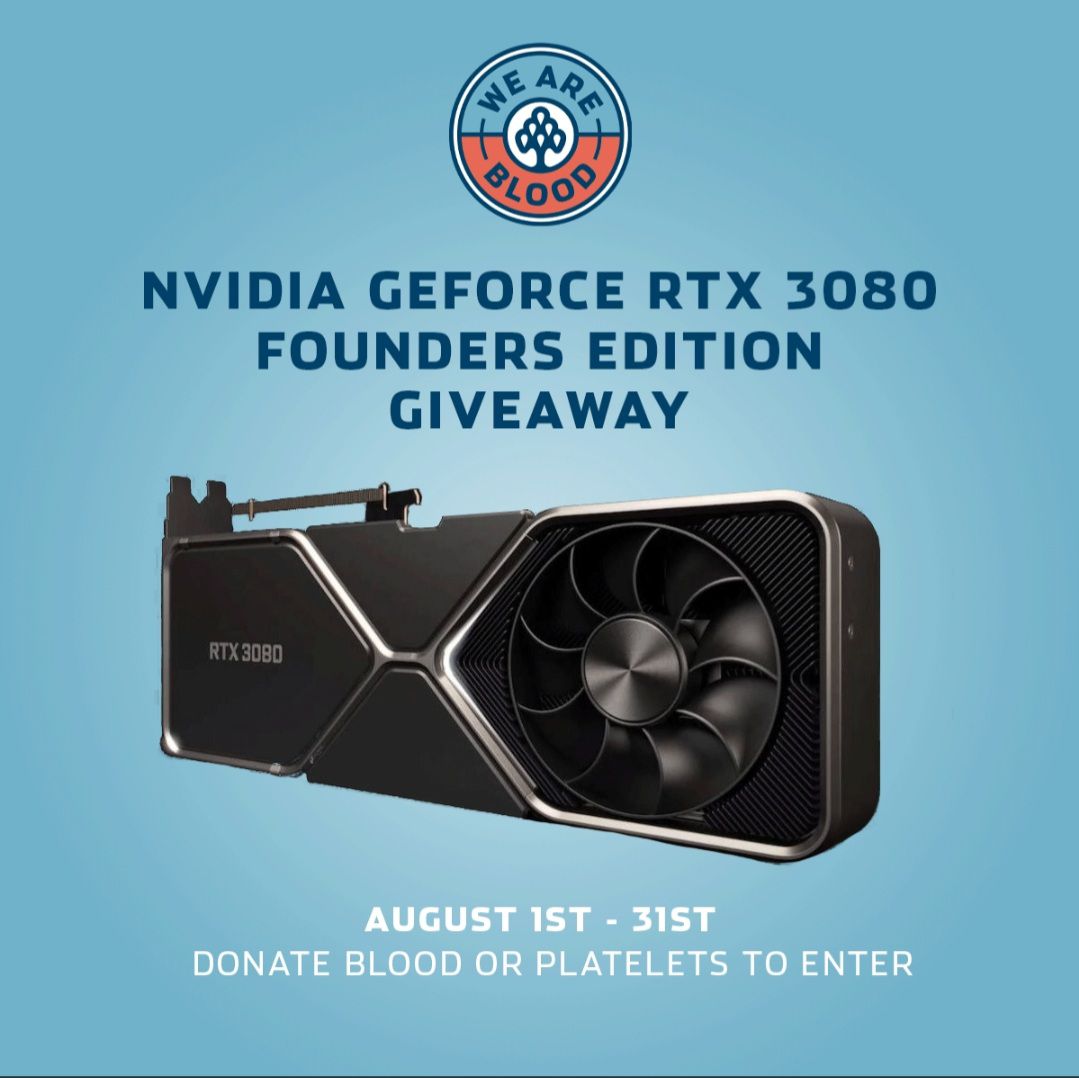 “This would access the gamer community, younger donors, tech communities and those are members we really need right now,” Canedo said. “Traditional blood drives hosted by tech companies and schools and colleges have been out of session who are traditionally some of our strongest blood drive hosts.”

By mid-August We Are Blood has more than 700 entries for the GPU promotion. One of them is Carr, who donated on a Sunday afternoon, but even if he doesn’t win, he knows there are no losers when it comes to donating blood,”

“They say it saves up to three lives just by doing that so if I can help out, I’m gonna,” Carr said.

The promotion is open until Aug. 31. To schedule a donation, you can visit weareblood.org. Those interested in entering the promo have to mention it when arriving on site. We Are Blood says this is to avoid giving the GPU to someone who otherwise has no use for the hardware.