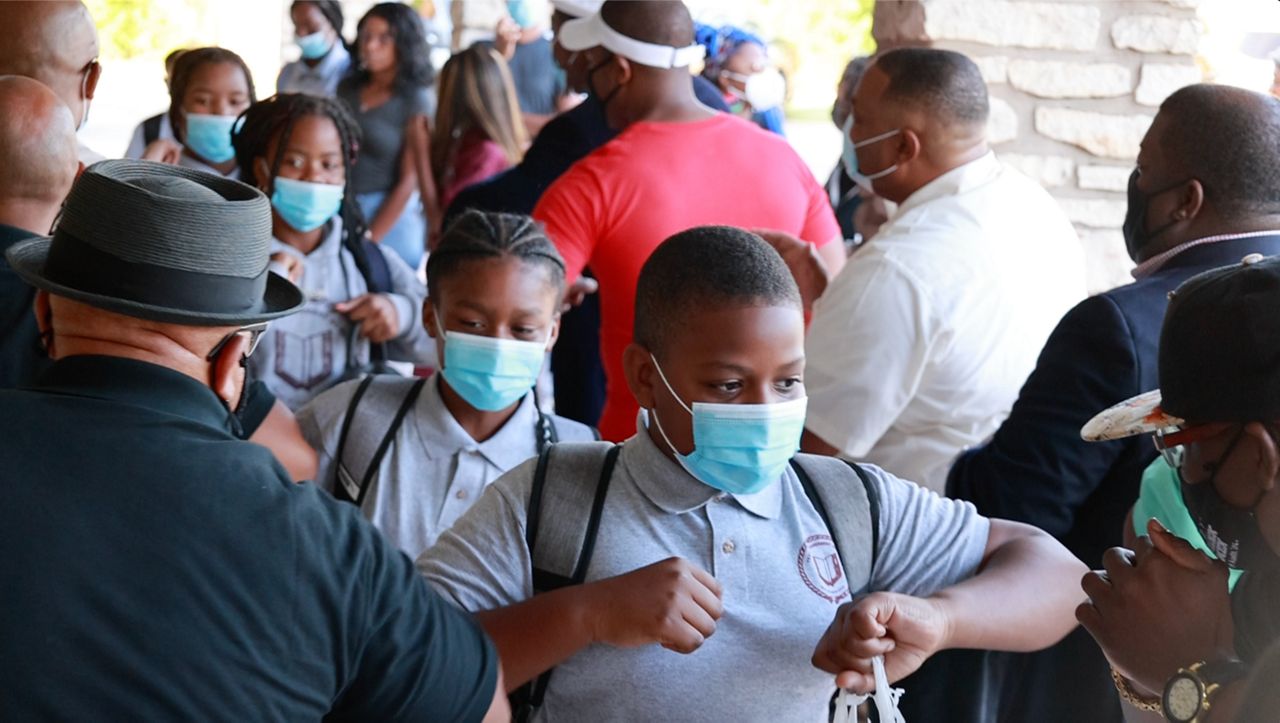 Students are greeted on their way to class by the 100 Black Men in Austin group. (Spectrum News 1/Lakisha Lemons)

100 Black Men of Austin welcomes students back to school

AUSTIN, Texas — 100 Black Men of Austin is on a mission to empower the next generation of leaders in communities of color.

Llyas Salahud-Din along with members of the 100 Black Men organization welcomed students at Texas Empowerment Academy back to school.

“Every year for the students this is a very memorable,” said Llyas Salahud-Din.

On the first day of classes at the academy, 100 Black Men members formed a line of encouragement outside of the cafeteria. It was a moment filled with smiles, hand claps and elbow shakes to celebrate students on their first day.

Saladhub-Din says while it’s a fun time for everyone on campus, it’s an impactful experience for the students to see professional men of color support them.

Through its mentorship program, the organization works with the academy throughout the school year to provide aid and scholarships.

Group member Karl Spencer says seeing Black men in a positive light isn’t the norm in communities of color — a statistic he wants to change by being an example for the youth to see.

“It kinda goes back to our motto ‘What they see is what they will be.' A lot of times here in Austin we are all spread out throughout the city and they don’t get to see a lot of men doing great things, especially Black men. We try to make it a point to let them know that, ‘Hey, we are here, we love you and we support you,'” said Spencer.“By being consistent and being on campus for the students to hang out with us, we’re just broadening their opportunities and understanding of what they can become,” said Saladhud-Din.