Edin Galeano waiting for his wife at the shelter. (Spectrum News 1/Adolfo Muniz)

Authorities: Migrant shelter in McAllen is 500% over capacity

McAllen, Texas — The sudden spike in migrant arrivals is creating a dire situation for authorities and organizations in McAllen, Texas, according to Catholic Charities. The organization runs a shelter and COVID-19 testing center across the street from the Central Bus Station where U.S. Border Patrol agents release migrants.

For three days straight, Honduran migrant Edin Galeano has been coming to the shelter hoping to see his wife depart one of the Border Patrol’s white unmarked buses. He hasn’t seen her in more than five years.

“We have waited for this moment for so long. She is coming with my two young children,” he said. 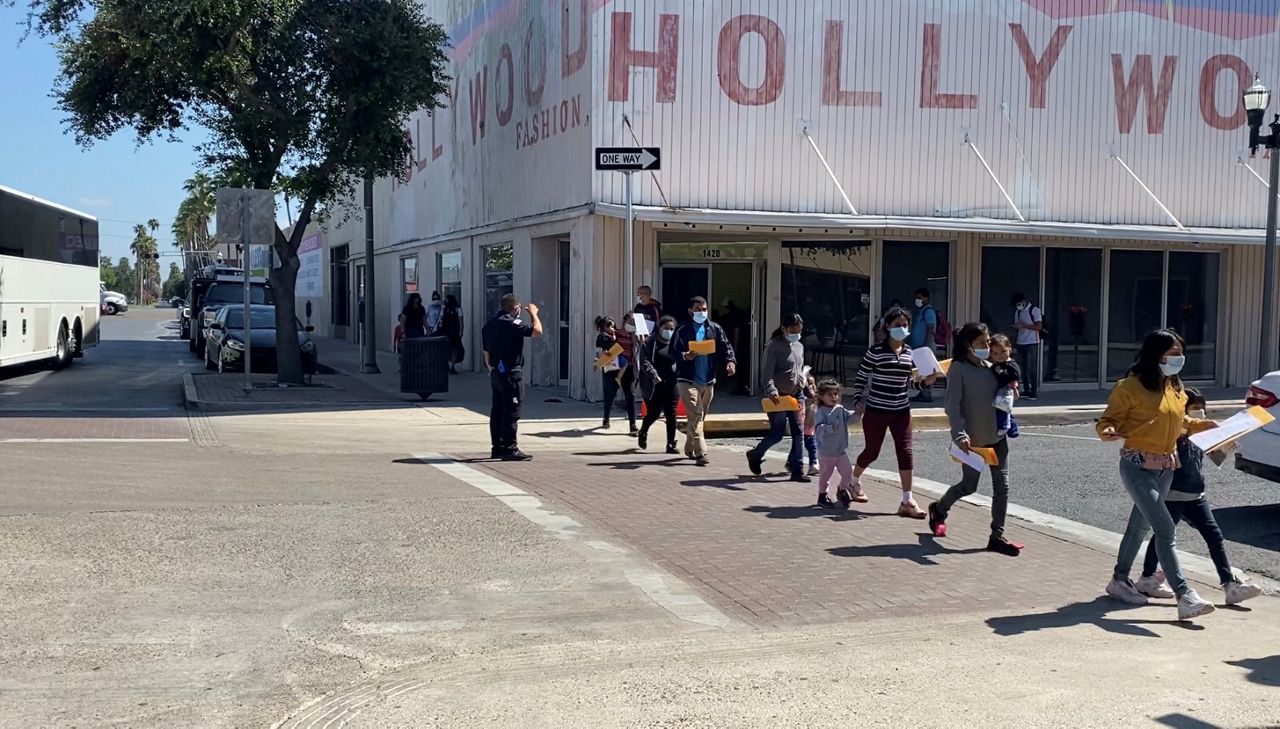 Migrants crossing the street from the COVID testing site to the Catholic Charities respite center after being cleared of COVID. (Spectrum News 1/Adolfo Muniz)

As Galeano waits, every 15 minutes or so another bus comes. Migrants are walking in and out of the shelter constantly to and from the bus station or the testing site. It’s a confusing and chaotic scenario that just makes Galeano’s heart race.

“I have so many emotions, they’re about to explode: anxiety, depression, a lot of conflicting emotions,” he said.

His wife crossed the border with thousands of people in the biggest spike of migrant arrivals ever, according to authorities.

A video taken by a drone Aug. 3, shows hundreds of new migrants under the Anzalduas Bridge in Mission, Texas, while they were being processed by Border Patrol. So many migrants are coming that it has spiraled out of control, according to Hidalgo County Judge Richard Cortez. 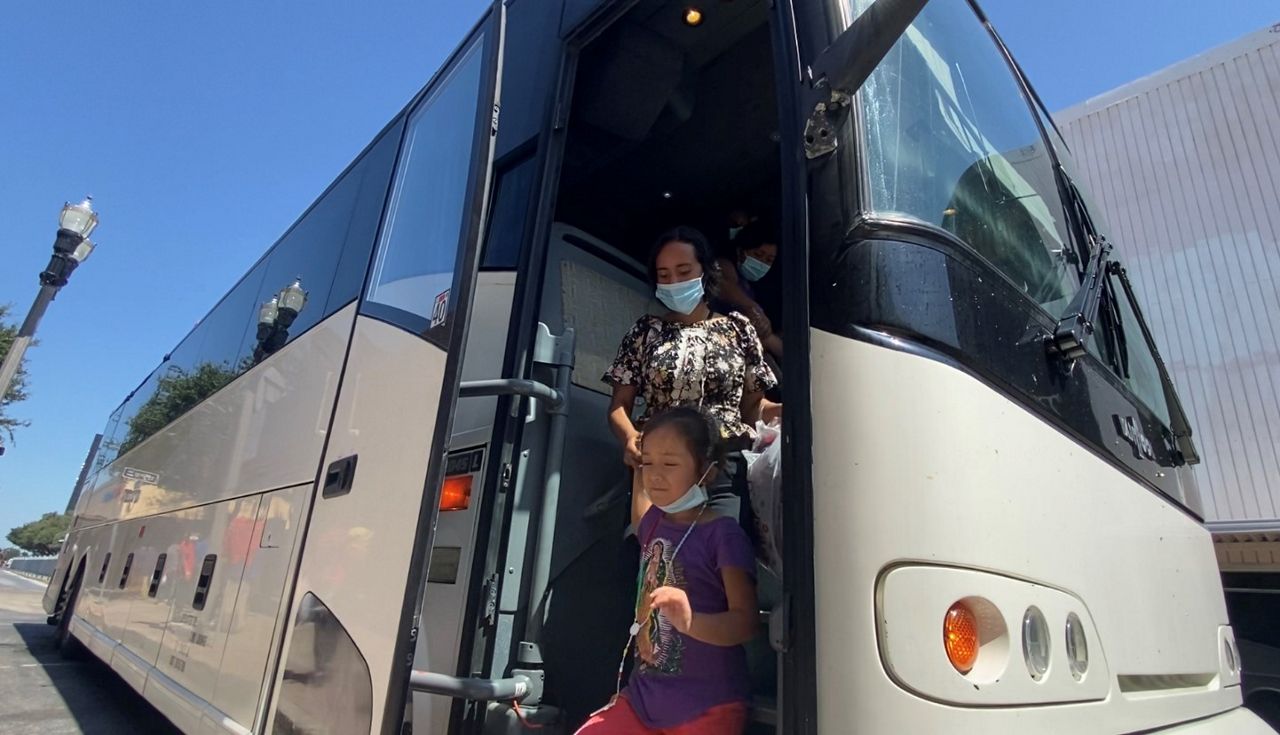 “So, what happens recently is because we have such a high volume of migrants seeking asylum it’s been a capacity issue,” Cortez said. “We’re being overwhelmed by the volume of people coming.”

As a result the shelter is at 535% capacity, forcing Catholic Charities and Hidalgo County to ask the Border Patrol this week to stop sending migrants, but the buses don’t stop coming. Border Patrol says it can’t keep migrants longer than 72 hours.

Local authorities are pressuring the Biden administration to change its policy or for more resources.

“So, right now, we have a very serious situation in Hidalgo County. I have recently sent a letter to the president that he needs to pay attention to this serious issue and come here and find out for himself,” said Cortez.

The City of McAllen has issued a local disaster declaration due to the influx of migrants.

However, in the chaos Galeano waits to tell his wife the words he’s been waiting to say for five years. 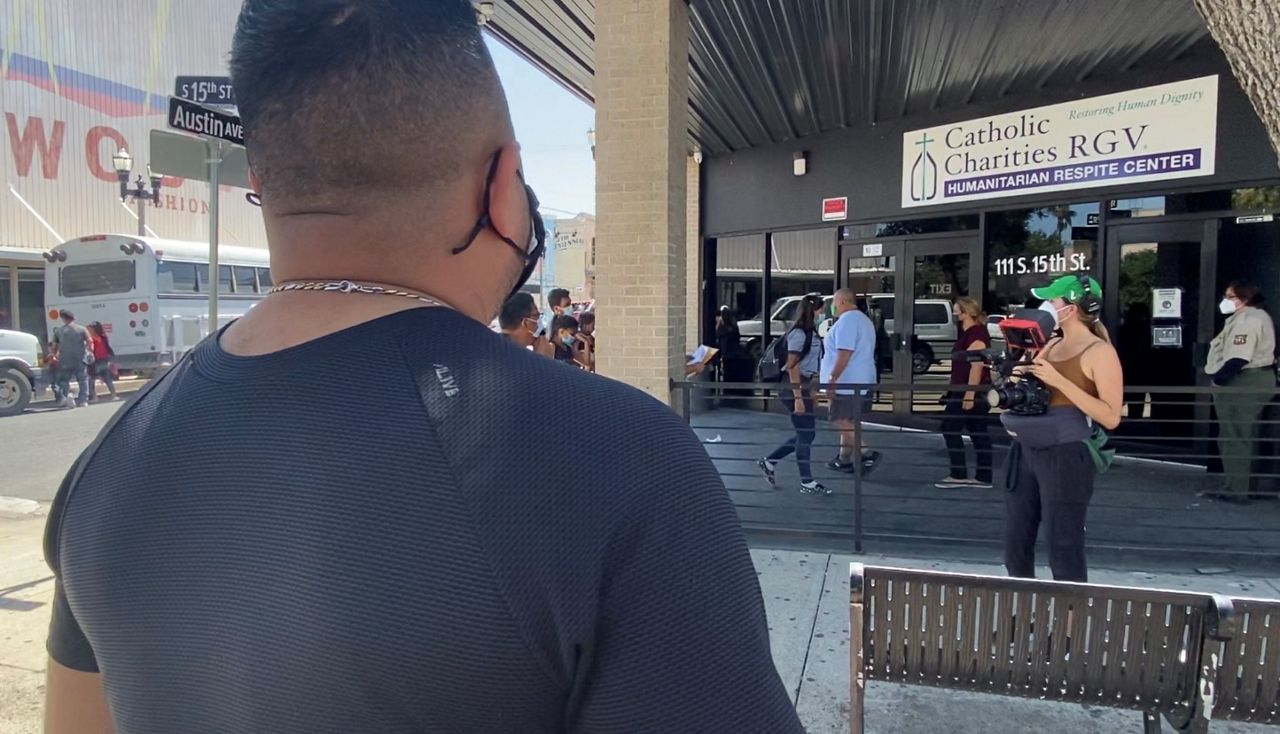 Gaelano has been waiting at the bus stop for his wife for three days, but she hasn't arrived yet. (Spectrum News 1/Adolfo Muniz)