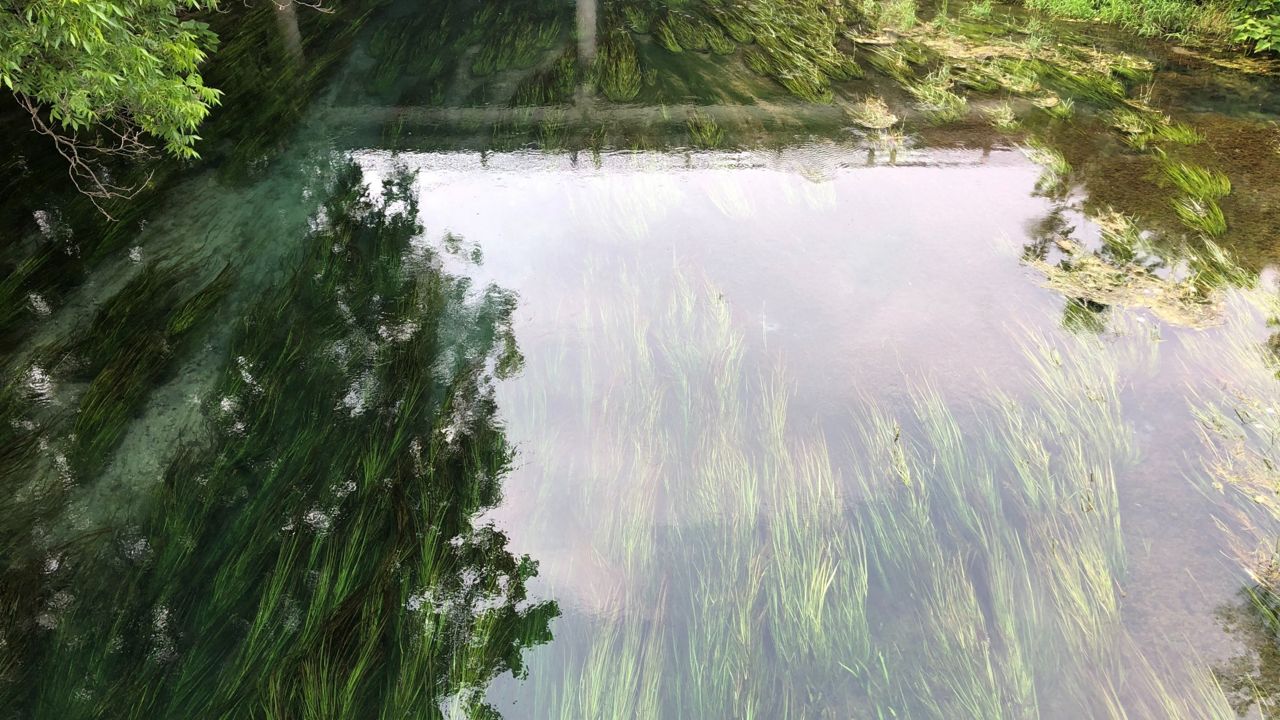 SAN MARCOS, Texas — Twelve feet below the water in the San Marcos River, conservationists pluck invasive plants from the riverbed. Hydrilla and hygrophila are the victims of this widespread removal. They’re targeted because they threaten two native species that are endangered: Texas wild rice and fountain darters.

The Meadows Center for Water and the Environment is on a mission to remove all non-native species and restore the river to what it once was before humans interfered with it.

“Hydrilla has that root structure that will persist for a few years,” said Collin Garoutte, a grant specialist with The Meadows Center. “The problem with it is it out-competes not only Texas wild rice, which is federally endangered, but it’s a threat to all the native species. It also accumulates sedimentation, which is not the best habitat for fountain darters.”

The researchers started removing non-native vegetation at the top of the river and are moving downstream.

"Once we pass a site, we know that the bulk of the hydrilla won't grow back as long as we go back repetitively and get those root structures. And so at this point, it's functionally eradicated. It's still present, but it can't out-compete the native species at the low densities we find it in," he said. "So what we found in the upper reaches, especially with the Texas wild rice, as we remove that non-native habitat and provide an open substrate, other native species can then go in and root, thus occupying the space [and] preventing those non-natives from coming back."

Garoutte said each individual stem of hydrilla can grow three to six inches a day, depending on the photosynthesis period. Hydrilla, along with another invasive species called hygrophila, is scooped up by divers and pushed downstream to be collected in large buckets. Researchers peel through the piles of greenery to look for bycatch, like fish and crawdads, and release them back into the water. They also remove trash like fishing nets so it doesn’t end up in the compost pile. 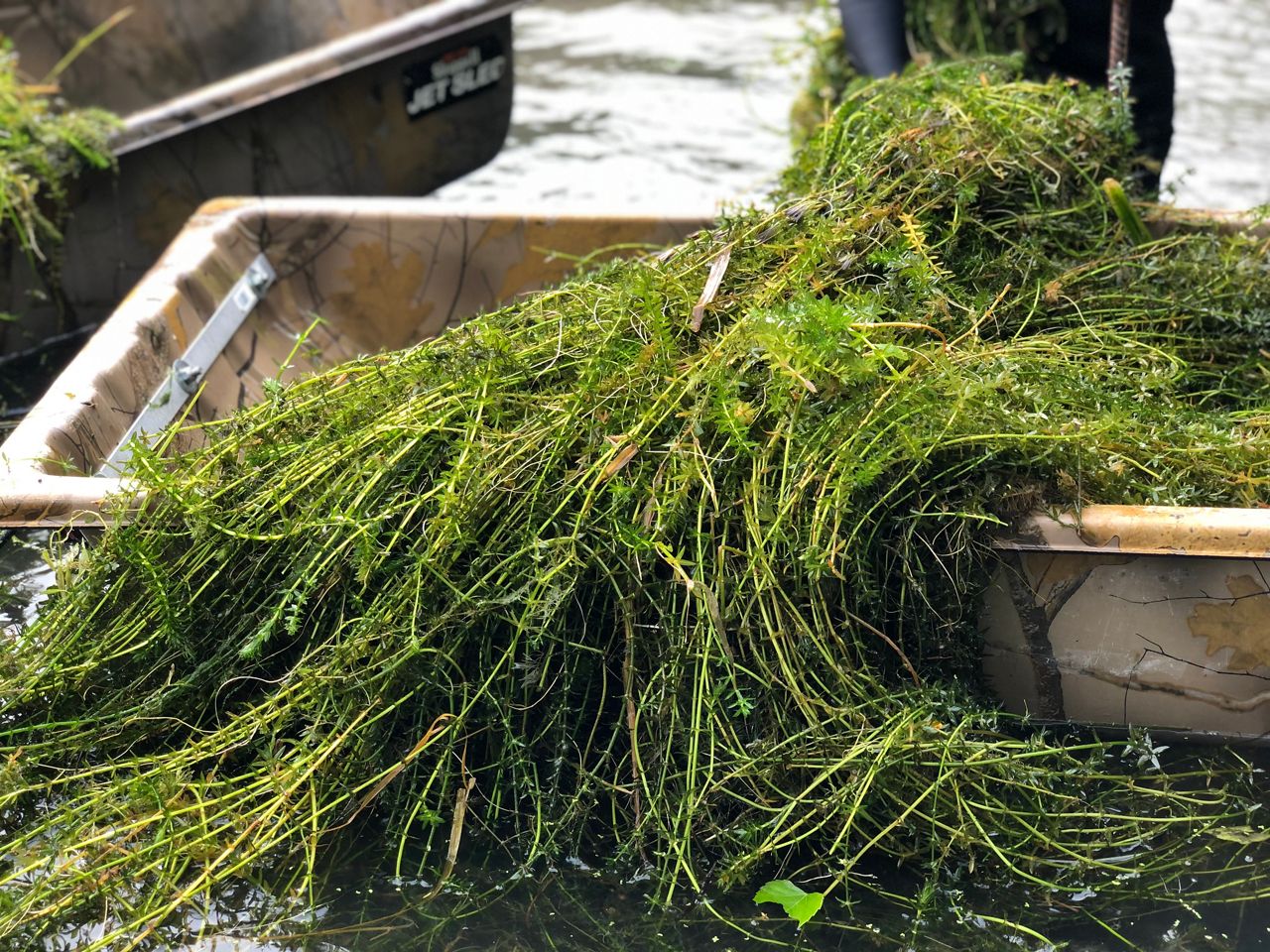 Bucket full of invasive plants that were removed from the San Marcos River. (Charlotte Scott/Spectrum News 1)

“The compost all goes back to the Meadows Center compost site,” Garoutte said. “From there, once it’s deteriorated to an acceptable level as determined by the Agriculture Department, they’ll come pick it up and compost it into their soils that they’ll use for their projects.”

According to Garoutte, the rice now covers 14,500 square meters. There are still 30,000 square meters of non-native vegetation left to remove before the system is in “recovery mode.” From there, it will be a few years of maintaining all 75,000 square meters in “maintenance mode,” where researchers will regularly scan the entire river for non-native regrowth they might have missed. Garoutte estimates that this maintenance will proceed beyond 2027.

Melani Howard, the habitat conservation plan manager for the City of San Marcos, said preserving Texas wild rice and fountain darters gives the city “leverage to protect ourselves against over-pumping by other users of the aquifer.” 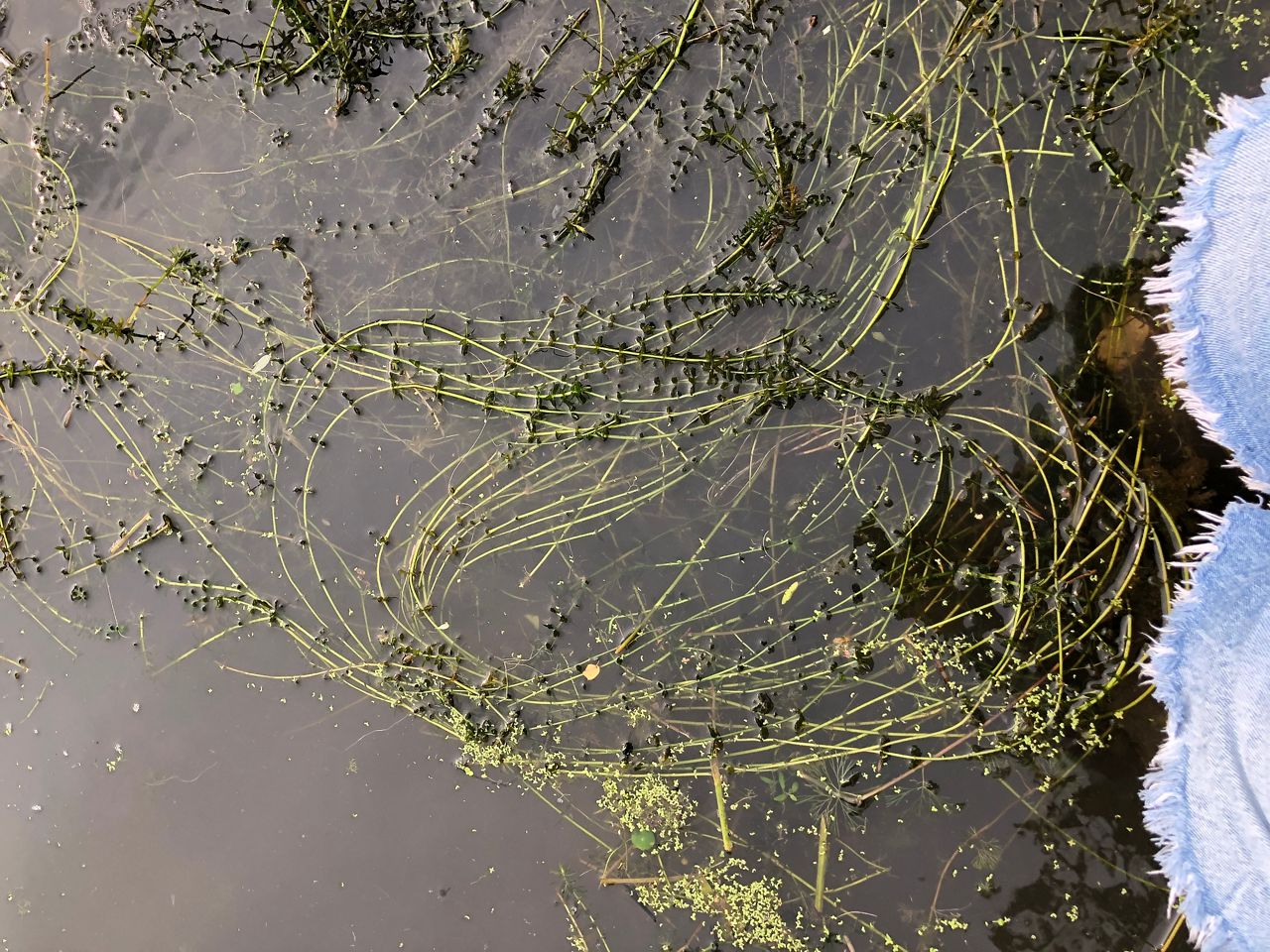 Non-native species after being plucked from the San Marcos riverbed. (Charlotte Scott/Spectrum News 1)

The San Marcos River, along with the Comal River in New Braunfels, are fed by Edwards Aquifer. Howard said years ago, a catfish farmer found an access point to Edwards Aquifer and over-pumped so much that environmentalists were concerned about losing both rivers. That’s when the U.S. Fish and Wildlife Service stepped in.

She said this is a positive example of how the Endangered Species Act (ESA) can help the environment and surrounding communities.

“[The ESA] is being used to not only protect a beautiful resource, the San Marcos River, but the community [and] the region as well for their continued use and enjoyment,” she said.

The Meadows Center received a $168,000 grant from the City of San Marcos to support the removal of non-native species and protection of Texas Wild Rice in 2018, according to a press release. 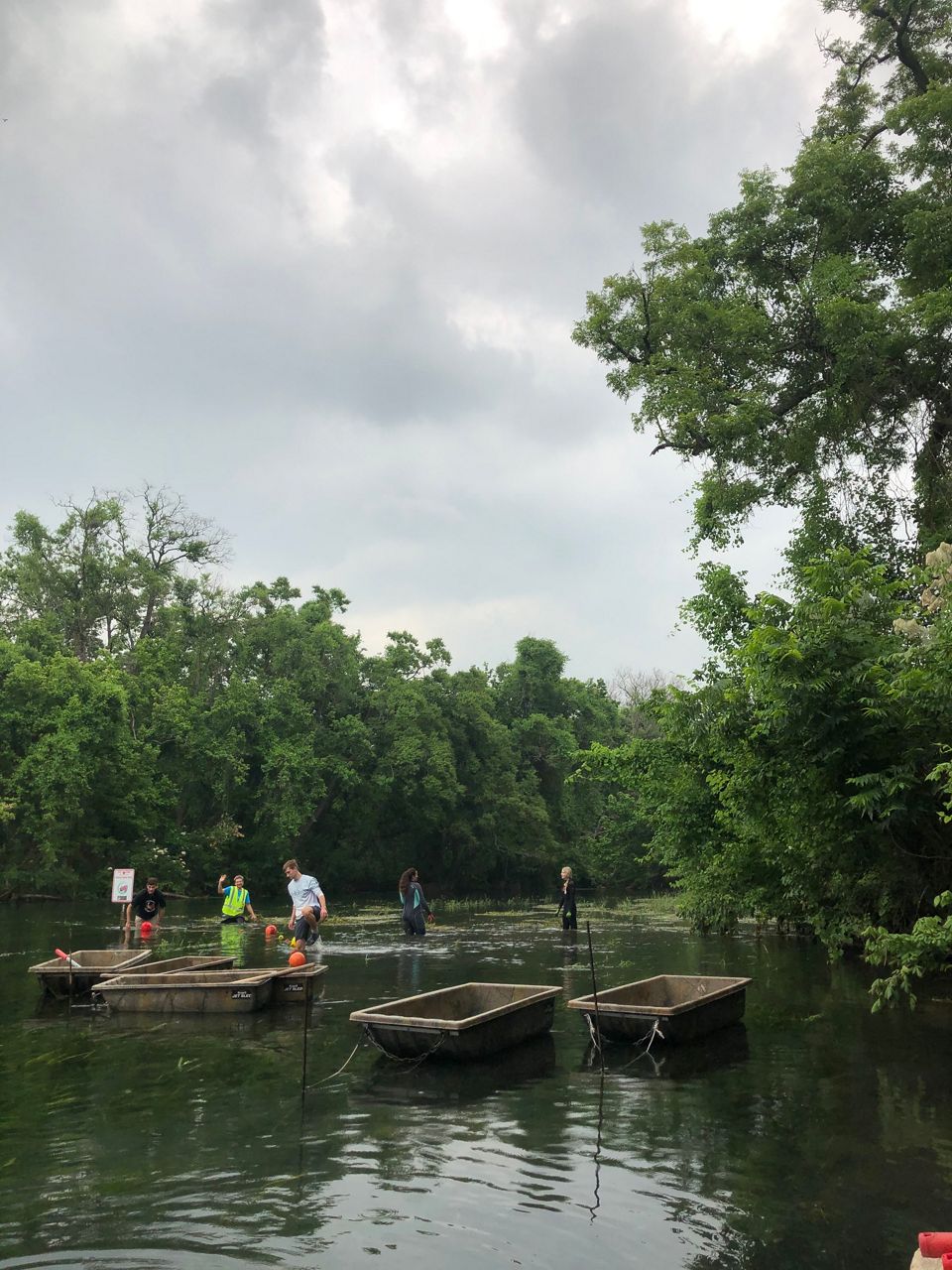 Howard said this grant pays for the labor of people like Garoutte, who work every day to clean the river.

“It really doesn’t go into much else but labor,” she said. “But it’s fun, because while they’re out there working, they can answer questions, they can educate people. They rotate through students. They give students the opportunity to be out here, learn about the river, learn about ecology. So the exposure is wonderful.”

Garoutte started working at The Meadows Center when he was a student at Texas State University. He joined the team full time after graduation.

“This is pretty much the culmination of my own life experiences along with education, in combination with the stewardship activity,” he said. “This is conservation at its finest, and we’re very blessed to do what we do.”

Garoutte grew up in Asia, so being around rice is familiar to him.

“I grew up overseas on a military base in Japan. And so coming from Japan, where rice is one of the main staple foods, I’m here in Texas now, cultivating rice. It’s interesting; it’s funny how the world works,” said Garoutte.

Garoutte said the process of diving for invasive species is a tranquil experience for him.

“If you’re safe with your mental stability and are comfortable being on your own with your own thoughts, there’s no other better place to be than under the water,” he said. “It’s truly a remarkable system that we’re working in, and to be able to do our conservation work and then on the side be able to look around and see the native fish that we have here… it’s really cool from a biological standpoint and an ecological standpoint.”