AUSTIN, Texas — Campers that find themselves experiencing homelessness must now figure out where to go from here as the city moves into Phase 3 of the camping ban.

Travis Holloway is well aware his time living on Austin’s streets is almost over.

"So you're going to run me out from here because I'm illegally camping,” said Holloway.

As best he can tell, Holloway says he has experienced homelessness on and off since 2016. When he got out of prison last year he had nowhere to go.

“The only kid I got, he's in prison… in Florida. I don’t have any family,” said Holloway. “When it gets too hot, I sleep out here. Whenever it's nice, like yesterday, I sleep in there." 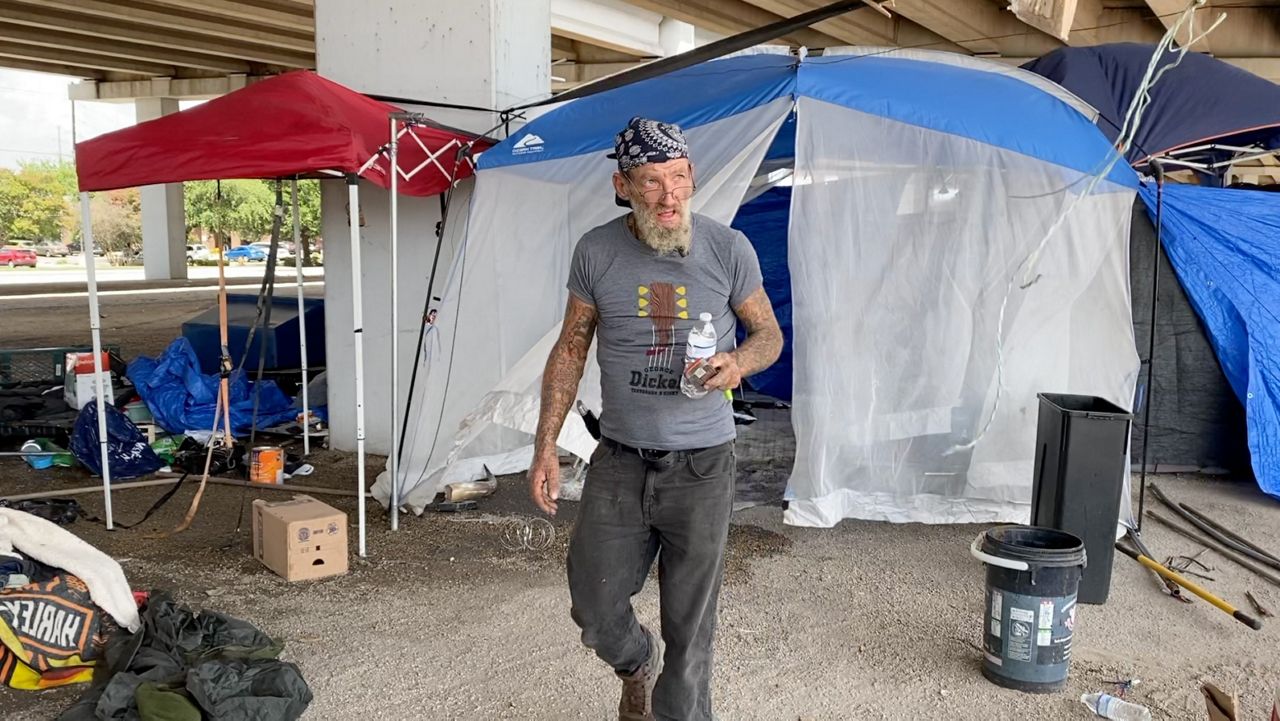 Holloway says just a day or two ago, Austin police officers gave him a verbal warning for violating the ban on public camping.

Back in May, Austin voters approved reinstating the city's public camping ban. Now, the city has begun Phase 3 of reinstating the ban, meaning Austin Police can give citations to campers who have already received written warnings. Holloway says he will stay here as long as he can.

“Well, they going to have to do something with me because I ain't got nowhere to go,” said Holloway. "I ain't got no family.”

And until it is no longer possible, Holloway will stick to worrying about his immediate needs of the day, surviving in his tent under the bridge.

Phase 4 will begin August 8. From that date forward, any violation of the camping ordinance may be taken into custody, if an officer issues a citation and they do not voluntarily leave.

"I don't know what we're going to do about this on the [August] eighth,” said Holloway.