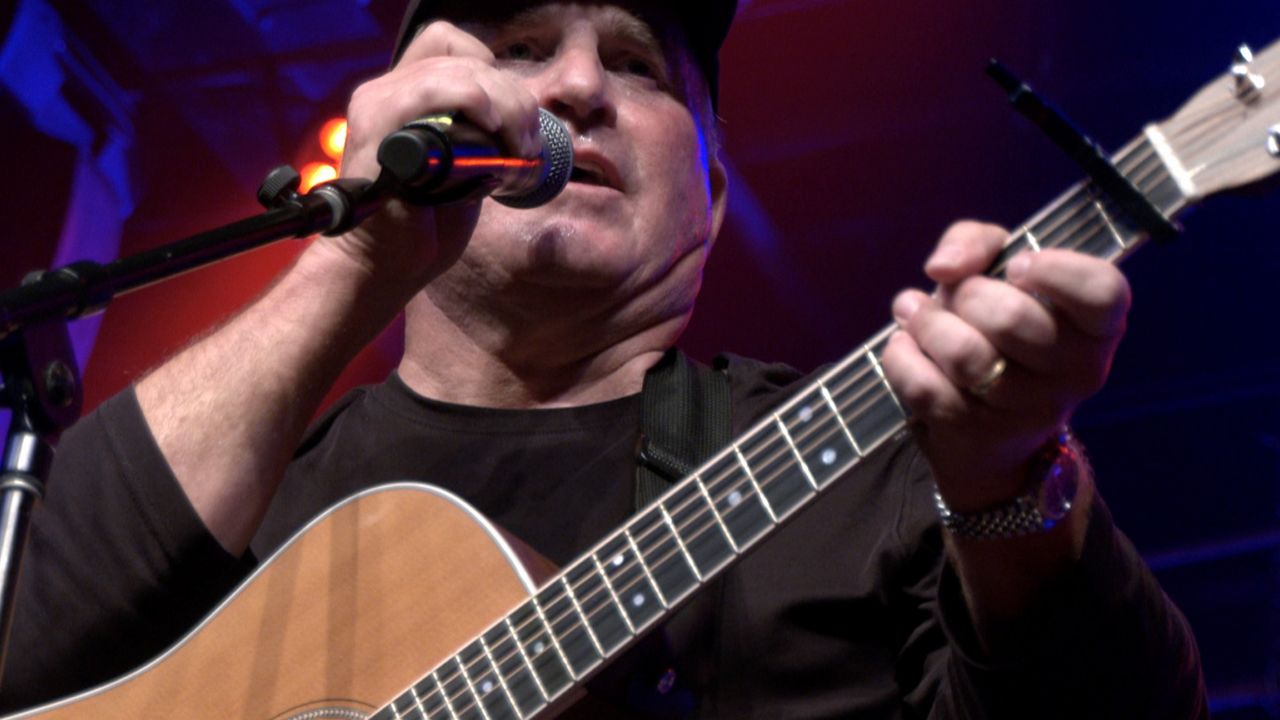 Gary Patterson performs “Take A Step Back” in front of a crowd of nearly 1,000 at Billy Bob’s Texas. (Spectrum News 1/Robbie Fuelling)

FORT WORTH, Texas — He’s a husband. He’s a father. He’s a football coach. TCU head coach Gary Patterson is known for a lot of things. But a country music artist? Add that to his distinguished arsenal.

Last week Patterson performed on one of the brightest stages in country music: Billy Bob’s Texas.

“To check a box saying I played at Billy Bob’s is something special,” Patterson said proudly. “I’m going to have a lot of my friends here. I think it’s going to be a really big crowd.”

Patterson strummed the guitar and sang for nearly 1,000 people that night. Large crowds are certainly not out of his comfort zone, however. He’s entering his 21st season as the head coach for TCU. And as all Horned Frogs know, Patterson sounds a little bit different on the gridiron. His voice roars on the practice field. Then it’s on the brink of disappearing after a big-time win.

“It’s a way to show people that you’re more of a human being,” Patterson said. “I mean most people know me for three hours on Saturdays. I’m yelling and doing all this. But that’s a whole different animal.”

That other animal is what’s won Patterson two AP Coach of the Year Awards and made TCU into one of the most successful college football programs in the state of Texas and the country. The Horned Frogs have won 177 games and tallied 11 bowl victories in his tenure.

As his former players will say, there’s a big difference between Coach Patterson and Gary Patterson.

“Coach P is the underdog. He’s going to do everything he’s got to do to make sure he wins,” said former TCU wide receiver John Diarse. “But Gary on the other side is a totally different guy. And I appreciate the fact that he can do both because a lot of people don’t have that on and off switch.”

Diarse was especially shocked when he heard Patterson flip that switch in his Billy Bob’s debut.

“I literally started laughing because wow, Coach P is really making music. He’s enjoying it and he sounds good,” Diarse said. “But now to see him actually being a recording artist, I’m blown away because Coach P is more than Coach P. He’s also a country music singer.”

Patterson pursued his musical passion to show his peers he’s not one-dimensional. He’s been showing off that prowess since he was a kid.

“It’s been a long time. I started playing in sixth grade,” he said. “I’ve played in a band and at weddings. But like I said I’m not quitting my day job. You still have to have your happy place, though, and this is fun."

But when does Patterson even find the time to record and write his music while balancing a full football schedule?

“I don’t,” Patterson said. “I do it late at night. Football is number one, then family is right up there with all of it."

Music will always be on the back burner in comparison to football. Speaking of, TCU’s home opener for the 2021 season is Sept. 4 against Duquesne. So as far as the team goes:

We’ll just have to wait and see come gameday.