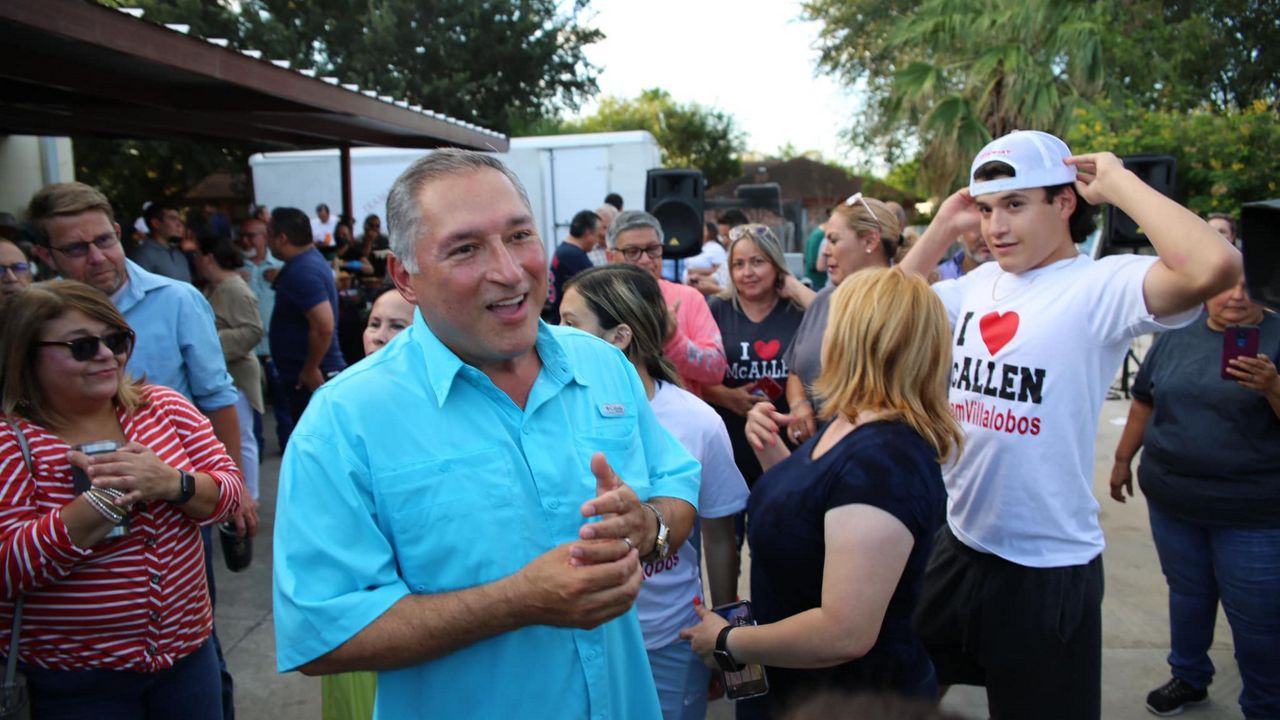 MCALLEN, Texas — Texas Republicans are celebrating after picking up mayoral seats in counties that went for President Biden in 2020. While these local elections are officially nonpartisan, the political reactions to the races were far from it. The Republic Party was particularly proud of the performance in McAllen, especially after Democrats’ disappointing results in the November election.

​City commissioner Javier Villalobos edged out his colleague Veronica Whitacre in the June runoff election by just over 200 voters.

Perhaps what is most surprising for the McAllen mayor-elect is how much his win captured the attention of state and national Republicans. Villalobos is a former Hidalgo County GOP chair.

“It was a nonpartisan race. I had good support by conservative individuals, but I also have very good support from Democrats, from some libertarian friends and independents," Villalobos told Capital Tonight.

Among the Republicans who championed Villalobos' victory was Gov. Greg Abbott. In a statement, the governor called Villalobos a "proven leader." Abbott appointed Villalobos, an attorney, to the Prepaid Higher Education Tuition board in 2018. Villalobos is also an appointee of former Gov. Rick Perry.

“People are opening up their eyes that competition is good. When I was a Republican chairman, I always used to say it  that we don't get enough from the feds or the state, because it was just a one-party system in the sense. I think it's very important. I think things are changing," Villalobos said.

According to U.S. Census Bureau data McAllen has a population of more than 143,000 and is nearly 85 percent Latino. For years, Democrats have won the largely Latino portion of Texas, until 2020. But Andrew Smith, a political science lecturer at the University of Texas Rio Grande Valley, cautions against calling the area a bastion for Democratic candidates. He pointed to the Catholic and Evangelical movements, as well as the ranching and agrarian economy.

“'Democratic stronghold' is a misnomer because it's a conservative area, and I think with the Democratic Party moving more to the left, both nationally and in Texas, I think Republicans see an opportunity," Smith told Capital Tonight.

Villalobos' mayoral victory follows the gains the GOP made in Rio Grande Valley during the November election. McAllen is in Hidalgo County where President Joe Biden won by 17 points, which was a thinner margin than former Sec. of State Hillary Clinton's 40-point win in 2016. While President Donald Trump flipped five counties in the Rio Grande Valley in 2020, researchers said Biden picked up the Latino vote in urban areas and among youth.

Because of that, Smith believes political candidates need to stop ignoring the region.

“You can't just be polarized and, you know, take a position that's totally opposite of the other. In order to make things move, you got to work together," he said.

Working together in a state that has not seen a lot of political collaboration recently.