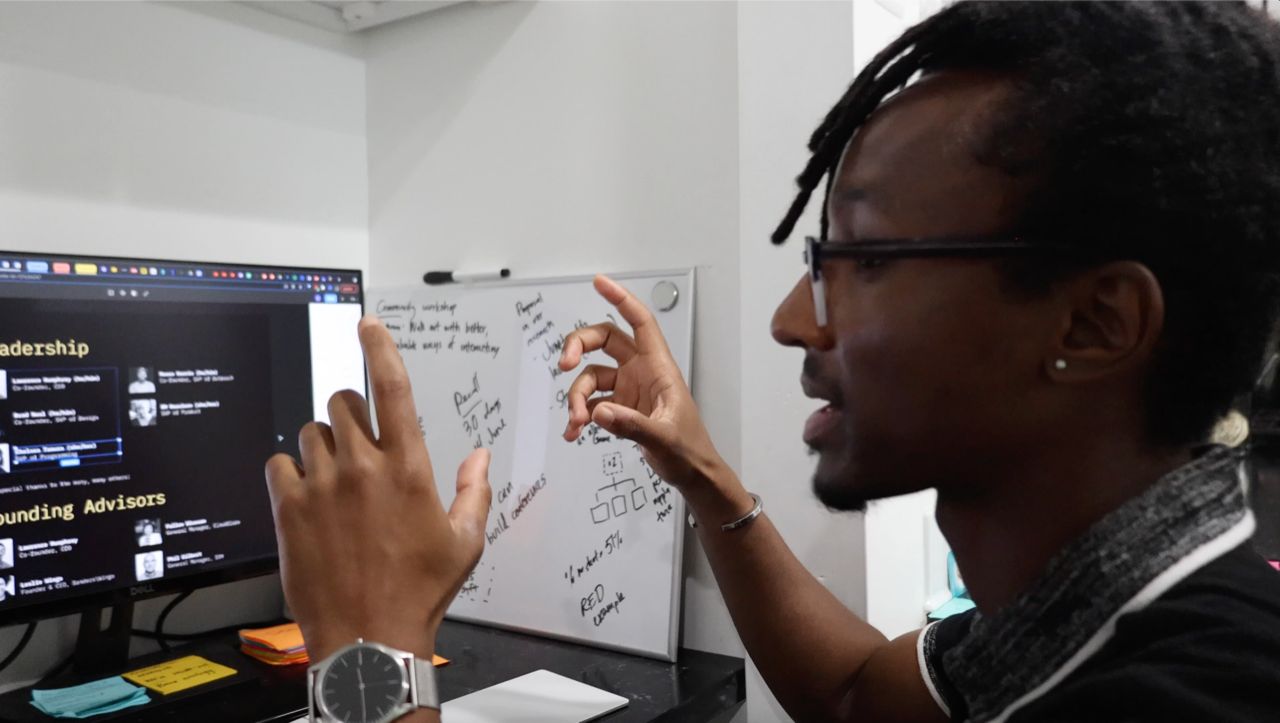 Humphrey is setting out to diversify the hiring process and other inequalities in a booming industry.

With his nonprofit, Tech Can Do Better, Humphrey is challenging employers to be more inclusive when it comes to minorities working in tech.

“What we’ve seen over the past year is that it’s now become a subject of conversation. A lot of business leaders, employees, individuals are reckoning with their role and their place in these systemic issues,” said Humphrey.

While he still works a 9 to 5, Humphrey feels being Black in tech is a job within itself — a job that kicked into overtime, following the death of George Floyd and a summer of unrest across the country.

“People are asking me for my opinion left and right. I think I probably got 40 to 50 solicitations on how I was feeling or what my POV was of what was happening. It began to shift after I started to see proclamations from the tech companies of standing in solidarity with their Black employees. People are asking me what needs to happening,” said Humphrey

As conversations about systemic racism continued to grow at his office, Humphrey decided to lead the dialogue instead of just answering questions.

Humphrey recalled often being the spokesperson for his race, making sure people who might be marginalized had a voice and were included.

Kara Armstrong with OJO Labs in Austin sought more diversity at her office. After learning of Tech Can Do Better, she formed a chapter within her company, which led to a diversity equity inclusive task force.

“We started having our own OJO, Tech Can Do Better, discussions about what we wanted OJO to be better at. Was it more diverse representation in our workforce? Was it a better representation of racial equity and racial injustice in the products that we built? Was it going out into the tech community and talking about what we learned?” said Kara Armstrong.

With Tech Can Do Better, Humphrey starts the conversation with tech companies on topics like racial awareness and pipelines employers can adopt for more inclusive policies and practices.

“No one can hold against you what you don’t know. But if you know the right thing to do, then we are moving along… Use your privilege to make space for those people who might not have that same privilege,” said Humphrey

Although he still has a long way to go, Humphrey believes Tech Can Do Better is the launching pad for diversity in a secluded industry.