AUSTIN, Texas — As we near Election Day, on May 1 in Texas, any Austinites are heading to the ballot box to make their voices heard on the homeless camping ban, also known as Proposition B.

The back and forth battle has been brewing among locals and state officials since the previous camping ban was lifted, back in 2019.

If passed, Proposition B will criminalize homeless behaviors such as sitting, lying, and camping in public areas. The city ordinance will also limit panhandling in certain areas.

Alvin Sanderson is an Austin resident who’s experienced homelessness before and after the previous ban was lifted. Sanderson says, Prop B is more than just another city ordinance to him. It’s a way of life for an unhoused community. 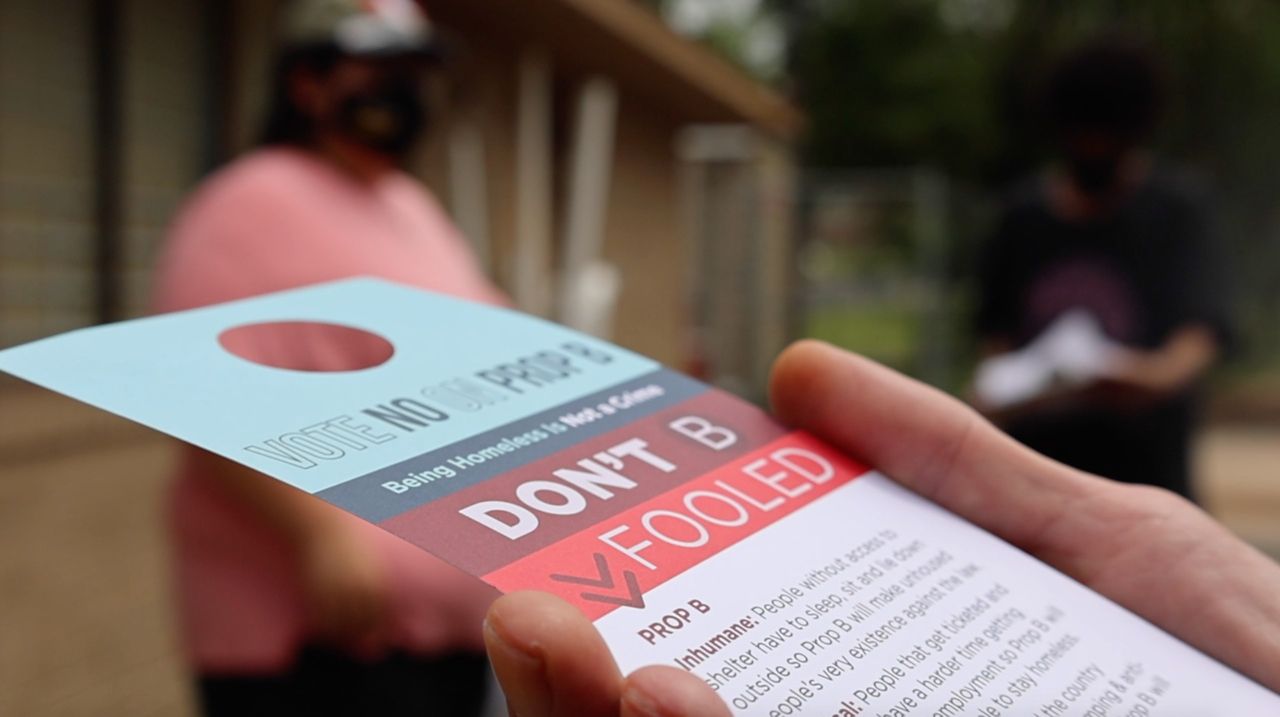 A door tag about Prop B in Austin, Texas (Spectrum News 1)

“With the camping ban, they are roused once or twice a day, because the police come through there and see a tent set up or people laying on the ground. They rouse them up, give them a ticket and tell them they have to show up in court to get services,” said Sanderson.

Every day for Sanderson was an existence of trying to find food and a place to lay his head. Without having a safe place to go, living without a home in Austin, turned into a fight for survival.

In an effort to avoid being ticketed from the police, Sanderson and his friends would go into hiding in unsafe places like the woods or the lake. One night during a rain storm Sanderson lost two of his friends to the storm and barely escaped with his life. 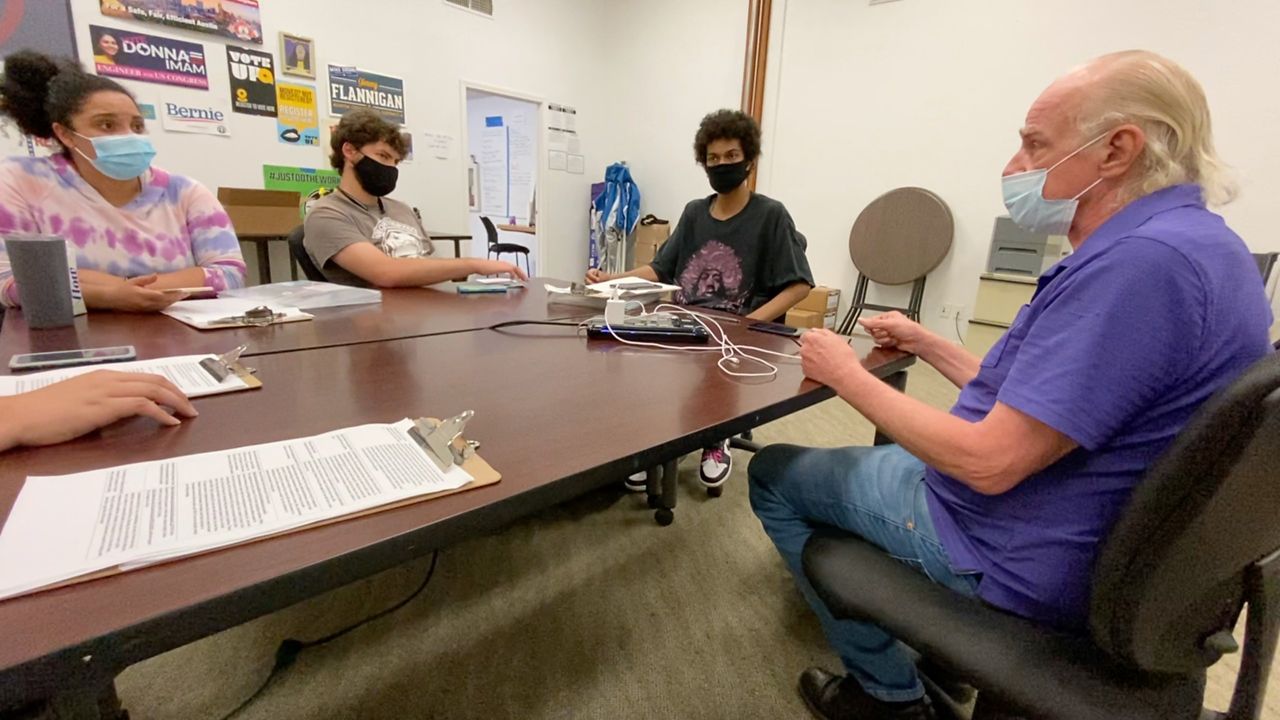 “I was terrified. I almost drowned behind just trying to find a place to sleep. I was ticketed twice. Then I was told to hide. I went in a creek bay and when it came raining one day I nearly drowned,” said Sanderson.

Sanderson was invited to testify at City Hall by local homeless advocates. He believes his testimony is what helped lift the camping ban in 2019. If the camping ban is reinstated this election, Sanderson fears the homeless community will be forced back into hiding.

“There’s no protection out there. Especially for women. It’s horrifying to think that you have to exist in a place where you can’t be protected,” said Sanderson.

He feels hiding will create a new set of problems surrounding safety, instead of solving the first one.

Austinites in support of Proposition B feel the ordinance will save Austin and help the homeless by having designated camping areas.