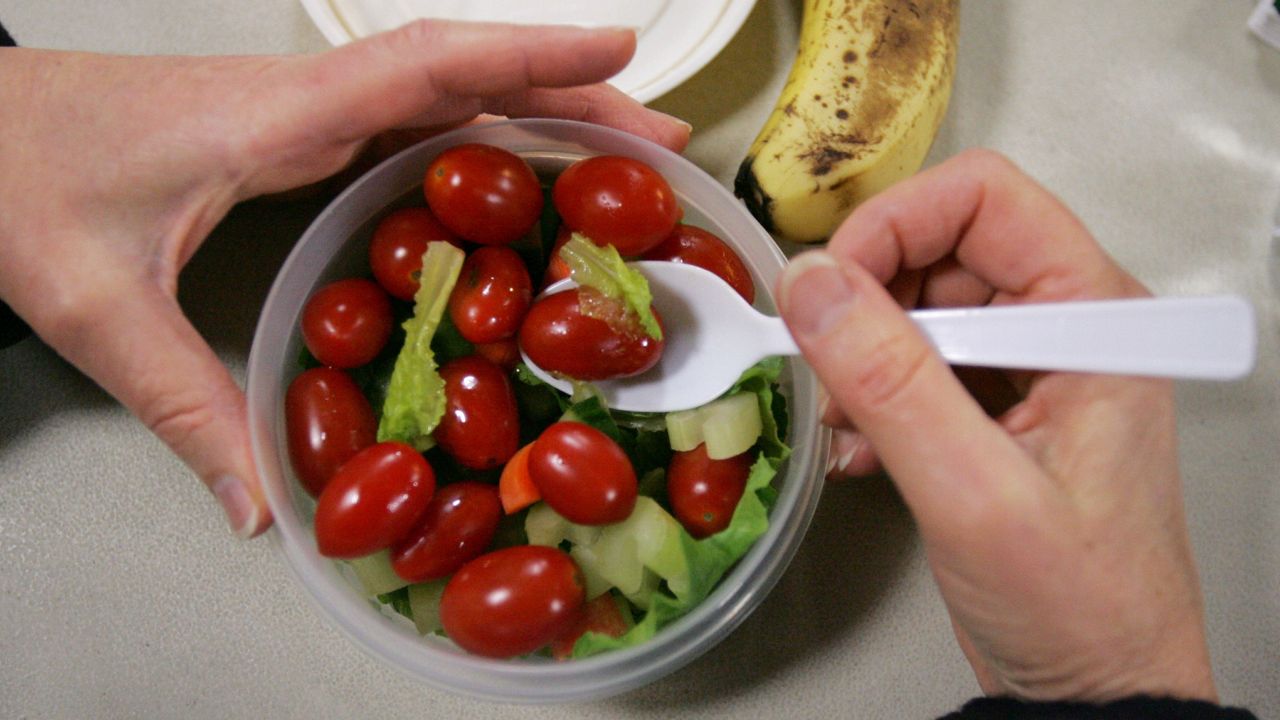 WACO, Texas — More than 30 million people in the U.S. have eating disorders, and for many COVID-19 has been a nightmare for them or for those in recovery.

A recent study from the International Journal of Eating Disorders found that symptoms worsened across the board for people with anorexia, bulimia and binge-eating disorders nationwide since the pandemic began. Among respondents, 62% of people with anorexia have experienced more severe restriction and food fear during the pandemic, while 30% of those with bulimia and binge-eating disorder reported experiencing more binge-eating episodes, and a greater urge to binge.

For Baylor freshman Katie Kittredge, COVID-19 brought back similar feelings from when she was getting treatment for anorexia nervosa when she was in high school. Back when she was 15, Kittredge started treatment at Eating Recovery Center.

“It wasn't something that I wanted, it was something more of, ‘You need to go here because we really don't have another choice right now,’” Kittredge said.

After finishing treatment, Kittredge found a routine and had coping mechanisms for when things got hard, and then COVID hit.

“The normal that I had found pre COVID was not the same normal that I had to find during COVID. I was able to establish a really good routine before COVID of like how I would cope, what tools I would use. And not that it necessarily completely changed but I had to be OK with finding a new schedule,” Kittredge said. "I was a senior when COVID hit. And that changes things, going from having a schedule of what you do in a cafeteria, how you eat lunch, you're used to formulating meal plans around school and now you're going back to formulating meal plans around home."

Kittredge said when everything started getting canceled because of the pandemic, even things she’d been preparing for all through high school, she was full of bitterness.

“That disappointment led me to a place of really almost having to go back to the basics. And I reverted back to not wanting to eat, or wanting to use food as my coping mechanism. And yeah, I struggled,” Kittredge said.

“People did come back to treatment as a direct result of the pandemic. Because it felt like, for them, people that were out of treatment and they were in that first six to nine months of recovery, they had built a relapse prevention plan that involved being out with their friends, working, going to college, doing therapy, practicing exposures, living their life. And they had to stop all of it,” Setliff said.

Every eating disorder was exacerbated by the pandemic because of isolating and quarantining, Setliff said. COVID-19 could also have potentially triggered eating disorder patients with things like empty grocery shelves or messages about avoiding the “Quarantine 15” weight gain.

"The ones that became very sick very quickly were people with anorexia. Because anorexia is a problem where people are low weight to begin with. And whether it's a restricting type of anorexia or a binge-purge subtype of anorexia, when they start losing weight, it actually increases exponentially. So those people, because they put off coming to treatment, wound up coming in incredibly sick and we had to keep them here longer than we thought we would,” Setliff said. "And people with bulimia nervosa struggled as well, and people with binge eating disorder struggled because they were home isolating. They were able to order food, they didn't have their normal relationships, their routine, and everybody really does better with structure and routines. And we were all thrown off and had to make adjustments quickly.”

A study from the University of Minnesota Medical School reports that eating disorders have one of the highest mortality rates across all psychiatric health concerns, which is why the school found if important to link the consequences of COVID-19 with eating behavior changes. The data, published in the International Journal of Eating Disorders, showed the pandemic is linked with mindless eating and snacking, increased food consumption, generalized decrease in appetite of dietary intake, eating to cope, pandemic-related reductions in dietary intake, and a re-emergence or marked increase in eating disorder symptoms.

Setliff says there’s no reason for people not to come to Eating Recovery Center and get help. She says eating disorder doesn’t have to be a chronic, lifelong illness.

"Treatment for an eating disorder is a complicated plan. A treatment plan that takes a lot of different players. [ERC] has psychiatrists, we have medical doctors, we have nurse practitioners, therapists, dietitians, people that work on the front line called behavioral health counselors. And we have to treat — not just their eating disorder — but we have to treat their mood problems,” Setliff said. "A lot of people come in with depression and anxiety. They have OCD, they might have bipolar disorder, they might have substance use disorder problems and we treat all of that.” 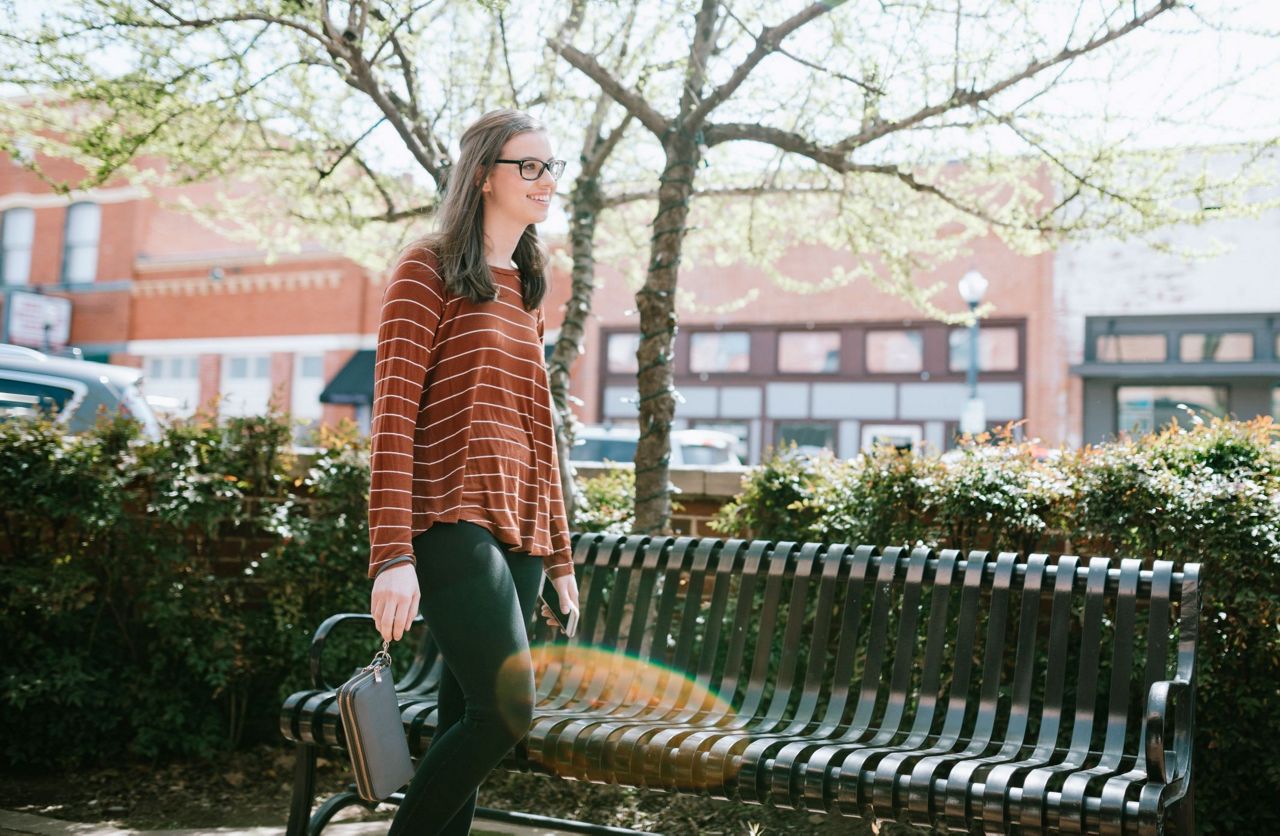 Kittredge's message to anyone sharing a similar experience as her, or maybe reaching out for the first time for help? It’s OK.

“I think there's a fine line between normalizing the struggle, but also not normalizing the behavior and normalizing that everyone's going to struggle and I'm not perfect,” Kittredge said. “With COVID and with everything that's going on in the world, it's OK to ask for help. And it's OK if you find yourself one year, two year, five years, and you haven't had to do that in a while. That's OK.”

Kittredge said she felt that she wasn’t allowed to ask for help because she was “recovered,” and now knows that shouldn’t be what stops people from seeking help.

"I had to go back to texting somebody and being like, ‘Hey, I need you to make sure that I eat today.’ And I haven't done that in probably, it’d been probably a year and a half, two years since I'd had to do that,” Kittredge said. “There are going to be moments when you're going to have to revert to the basics again and go back to how many grains do I need? How many fats do I need? How is my meal plan going to look? And sometimes that looks like texting your therapist and saying, ‘Hey, I know we're bi-weekly, but I really need to go back to weekly for a time or two again,’ or texting your dietitian and being like, ‘So, we need to talk about this next time.’ And that's OK."

If you or someone you know needs help from Eating Recovery Center, you can schedule a free assessment online here, or call 1-866-419-2367.