SAN ANTONIO — Every Sunday Carolina Teague can be found behind a microphone.

Teague is unapologetically Latina and full of sports takes.

“Aaron Rodgers is a good quarterback as much as it pains me to push it through my teeth,” Teague says.

“The dirty birds have been shot out of the air and the Atlanta Falcons are dead,” Campos says on the microphone.

Teague is a Southside Chicago native and loved the ‘90s Chicago Bulls growing up. 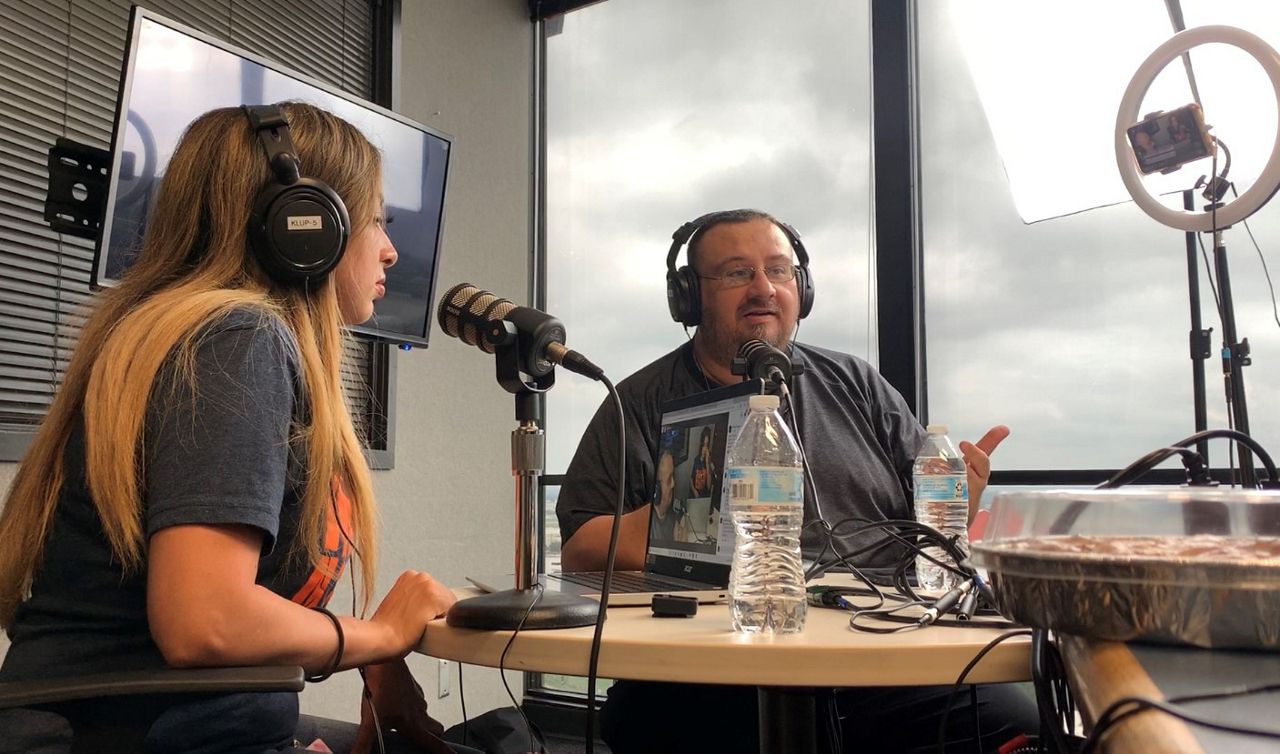 “Like Robin Roberts said, ‘there’s less room for margin of error,’” Teague says. “We definitely are under a lot of pressure, under a huge microscope. I’m a firm believer that women have to work twice as hard to get half of what men have.”

For that reason alone, Teague felt that her Sports Dime brother Campos was gambling on her, but he disagrees.

“She really took a gamble on me because she’s got the radio experience, she’s got the exposure,” Campos says. “I was just a podcast guy trying to make a name for myself.”

Teague’s radio inspiration came from her grandmother, who had her own radio show in the Rio Grande Valley.

“Her radio show was in McCallen, she spoke all Spanish. She’s been able to interview Selena, everybody,” Carolina says. “So she’s had her success in that area.”

Teague is experiencing her own success, in a field dominated by men. She’s scored interviews with Spurs guard Keldon Johnson and other high-profile sports figures and she doesn’t seem to be slowing down as she’s trying to lay down the foundation for the Latinas that come after her. The women she admired in sports didn’t look like her, so she wants to help shift the tide in San Antonio.