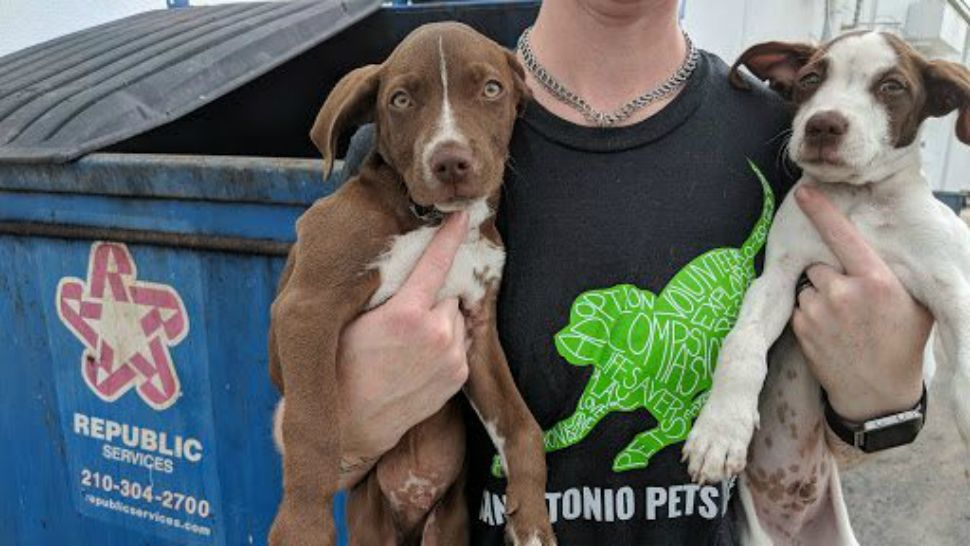 SAN ANTONIO - Two puppies are recovering after being tossed in a trash dumpster behind the medical clinic at San Antonio Pets Alive! on the city’s west side.

SAPA staff said a man attempted to drop the dogs off at the medical clinic on Friday. Per policy, the clinic doesn't accept stray animals and directed the man to a city shelter.

A few hours later the puppies were found inside a dumpster in the back alley way covered in trash and fleas. The dogs, named Crockett and Bowie, also tested positive for ringworms with Crockett having parvovirus.

Staff said they were disturbed by the discovery in the garbage.

"One it's illegal, two it's inhumane. If you didn't like your kid would you dump them in a dumpster? The police have been notified, they are looking for suspects who did dump them and like I said it's illegal and cruel,” said Carolyn Hinojosa, assistant clinic director.

Both puppies are now undergoing expensive medical treatments. Anyone that would like to help the nonprofit cover their costs can visit their website.