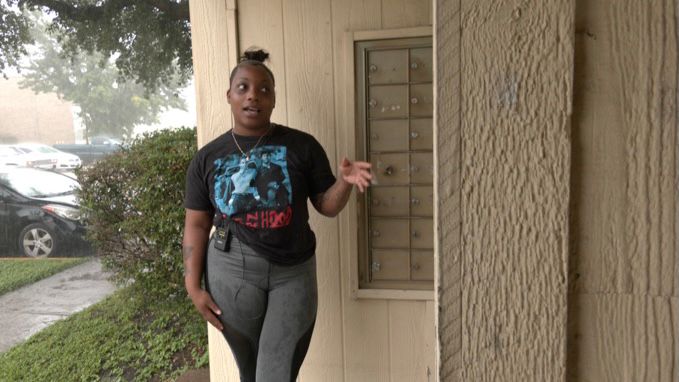 DALLAS — Leaders in Dallas County say they have millions of dollars set aside to help people struggling due to the pandemic, but they’re having trouble finding people to give that help away to.

Christian Grisales from Dallas County Health and Human Services said the money is part of their Emergency Housing Assistance Program allocated to the county under the federal Coronavirus Aid, Relief, and Economic Security Act - also known as the CARES act.

“It’s to pay for rent or mortgage for people who have been effected by the pandemic, people who lost their jobs, or hours have been reduced,” said Grisales.

Grisales said originally the county was giving away the funding via a lottery system due to the need coming in from residents who were struggling to pay their bills and from landlords applying on behalf of tenants in a tough spot. However, he said the county has switched to giving out the aid on a first-come, first-served basis because they’re having difficulty finding qualified recipients these days.

At this point the county has about $60 million available between this program and a second similar one, but Grisales said they’re getting few applications and a lot of incomplete ones. He believes many simply haven’t heard about the program or, potentially, don’t believe they’d qualify for the help.

“And other reasons may be that people are afraid of contacting local government to request assistance,” said Grisales.

However, he said a lot of residents of the county could likely qualify if they fill out the proper paperwork. He said along with rent and mortgage assistance, the funds can also be used to pay for utilities and other necessary bills, and he said the program also provides help through the court system to avoid evictions in severe cases.

Kylah Johnson of DeSoto said the program was a lifesaver for her after she lost her job to the pandemic and worried about keeping a roof over the heads of her 3 kids.

“How are we gonna get money to come in to live off of? Ya know, like expenses, rent, lights, all that good stuff; how we gonna do it?” said Johnson.

Johnson said her landlord suggested the county program, and now she’s been told she will be getting the help paying her bills through the end of the year, if she’s still struggling to find work by then.

“Know that I have a little crutch so I can calm down and find some work and stuff,” she said.

The program is only available to Dallas County residents not living in the City of Dallas, as the city has its own program for residents to apply for. Grisales said many Texas counties and communities have similar programs open to their residents and many, like the Dallas County one, are still actively expanding to help people through these, still, tough times.