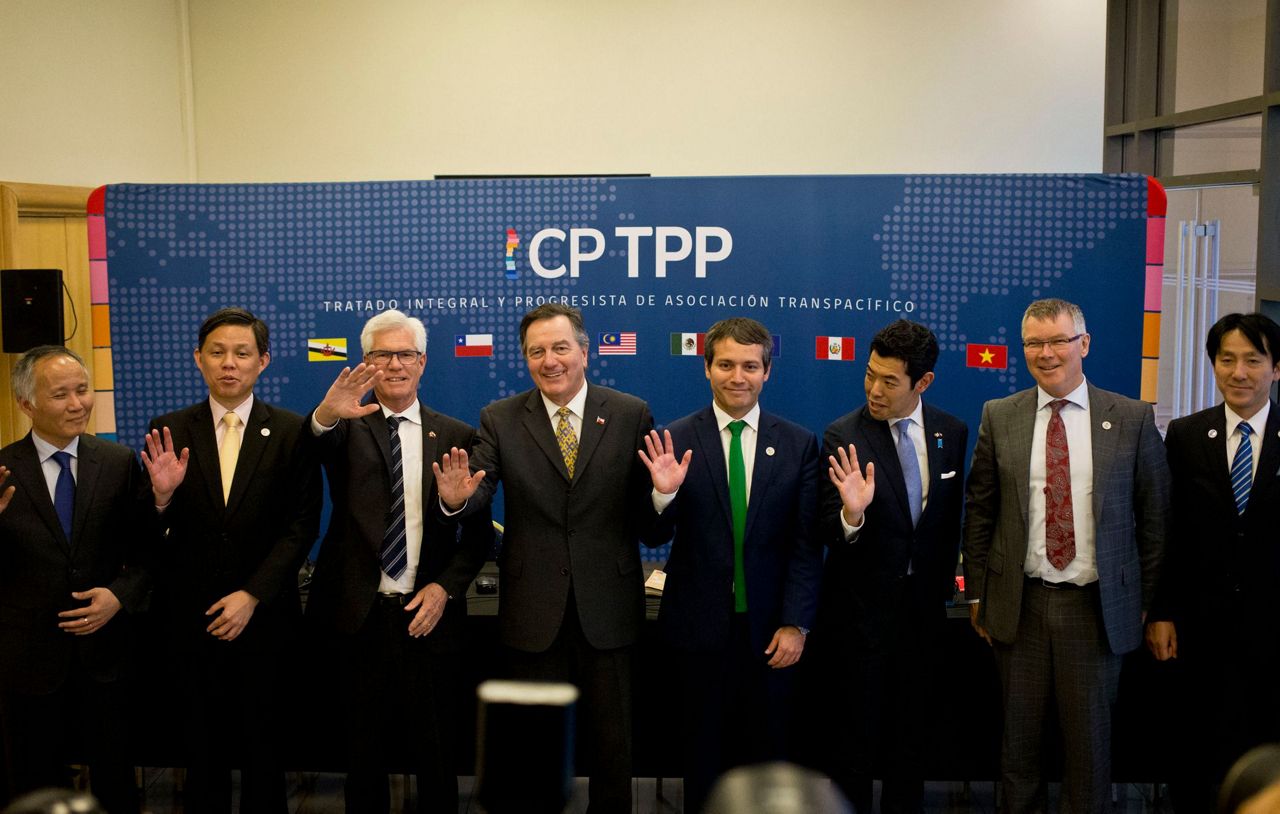 BEIJING (AP) — Beijing said Wednesday it will block Taiwan’s application to join a Pacific Rim trade initiative, citing as its reason the island's refusal to concede that it is a part of China.

The Cabinet’s Taiwan Affairs Office on Wednesday said Taiwan’s participation in regional trade cooperation is based on the “one China principle.”

China claims democratically-ruled Taiwan as its own territory, to be brought under its control by force if necessary. It refuses to recognize the island’s government and has increasingly sought to isolate the independence-leaning administration of President Tsai Ing-wen.

Taiwan announced on Sept. 23 that it had applied join the Comprehensive and Progressive Agreement for Trans-Pacific Partnership, a week after China submitted its own application to join.

The 11-nation CPTPP, which took effect in 2018, includes agreements on market access, movement of labor and government procurement. Other members include Australia, Canada, Japan, Mexico, Peru, Singapore and New Zealand. The U.K. also has started negotiating to join after it left the European Union.

The CPTPP originally was called the Trans-Pacific Partnership, a group promoted by then-President Barack Obama. His successor, Donald Trump, pulled out in 2017. President Joe Biden has not rejoined it.

China and Taiwan split after the Communist Party seized control of the mainland in 1949 amid a civil war. They have extensive trade and investment ties but no official relations, and China has been using increasingly threatening language toward the island while applying military, diplomatic and economic pressure against it.

Zhu's comments follow earlier remarks by Foreign Ministry spokesperson Zhao Lijian that China was “firmly opposed to any official contacts between Taiwan and other countries, as well as Taiwan’s accession to any agreements or organizations that are of an official nature.”

Taiwan's government expected China would seek to block its accession. It says its status as a democracy and market economy should count in its favor.

“Taiwan and China follow different systems of organization. We are an integrated market economy,” John Deng, a minister without portfolio, said at a news conference following last week's announcement.

Taiwan applied to join the CPTPP using the name “Separate Customs Territory of Taiwan, Penghu, Kinmen and Matsu.” That is the name it used to join the World Trade Organization in 2002.

As it has gained economic and political clout, China has adopted an increasingly rigid attitude toward such organizations in recent years, particularly regarding Taiwan.