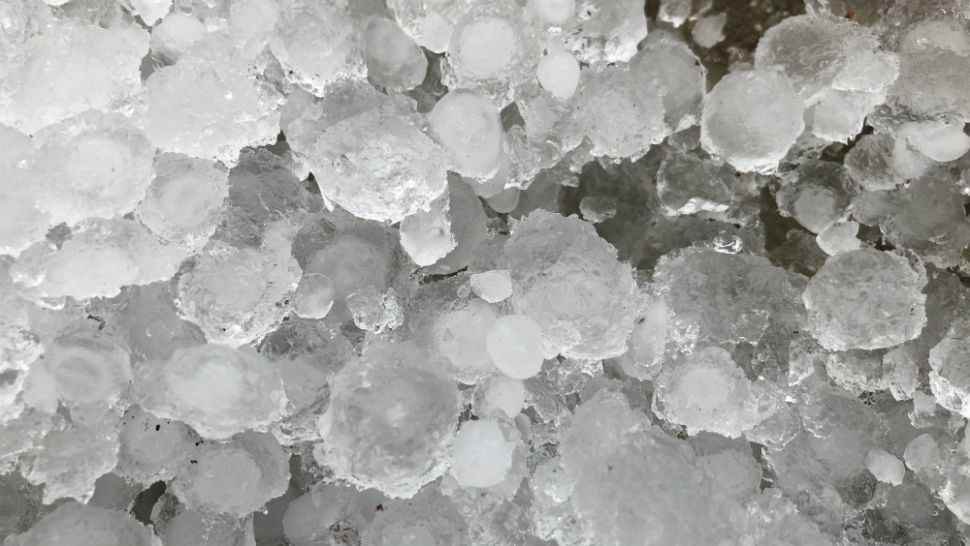 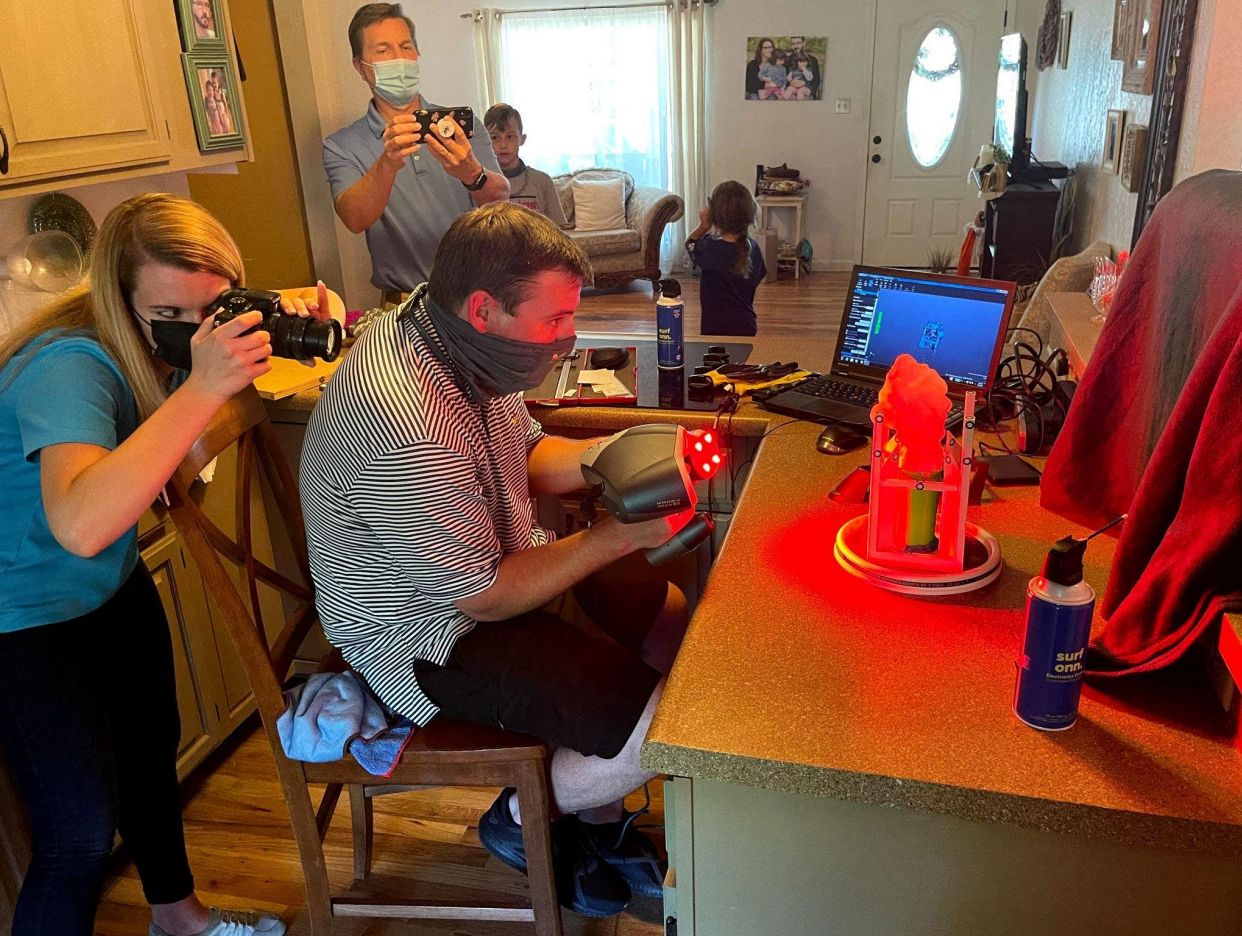 Hailstone being scanned and analyzed at the finder’s home in Hondo, Texas. (Photo by NWS Austin-San Antonio)

Then a second supercell developed, taking a similar track and producing large hail.

As they merged over Highway 90 in Medina County, the updraft grew larger, intensifying the storm along the highway.

Large hail was reported in Sabinal, D’Hanis, Hondo and Castroville. 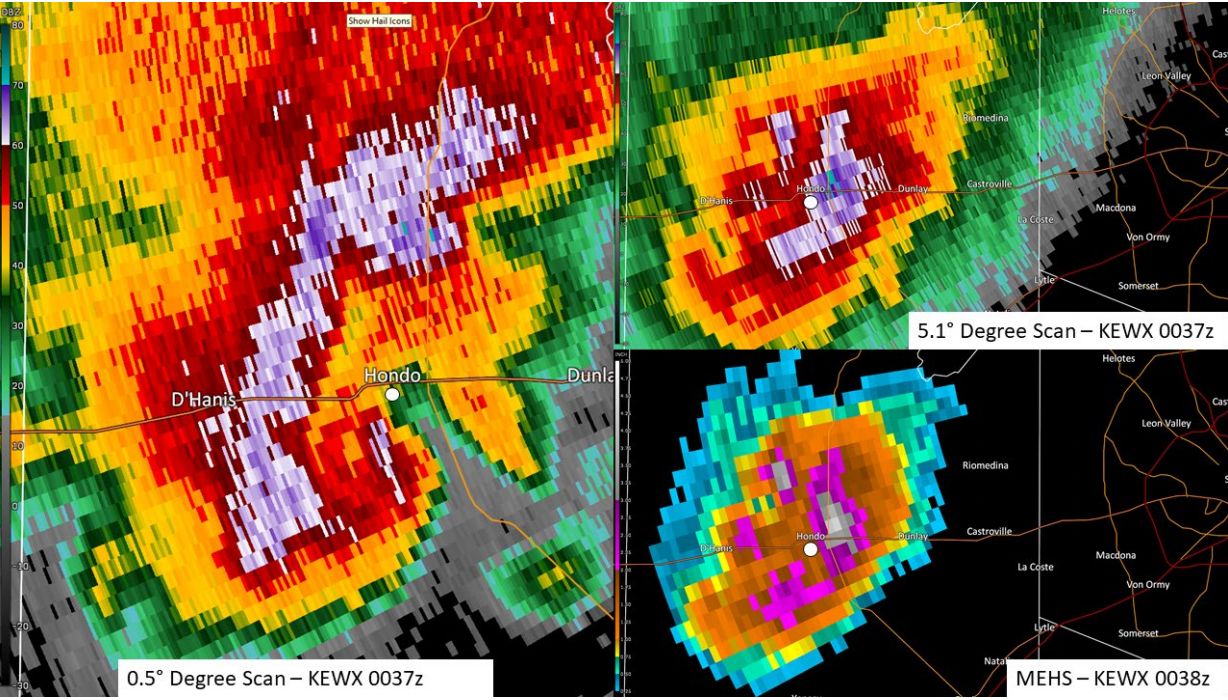 The storm continued to move over the northwest side of San Antonio, western New Braunfels and San Marcos with 1- to 2-inch hail.

Finally, the storm weakened over Austin but left wind and hail damage in its path.

The NWS and @disastersafety surveyed a giant hailstone that fell in Hondo, TX on April 28th, measuring 6.4" in diameter! The measurement will be presented to a State Climate Extreme Committee, who will be tasked to verify and determine what, if any, records were broken. pic.twitter.com/MPujiIXJBv

A State Climate Extremes Committee met in May to confirm that the hailstone set records for Texas.

The hailstone set the inaugural SCEC record for the State of Texas in those four metrics.