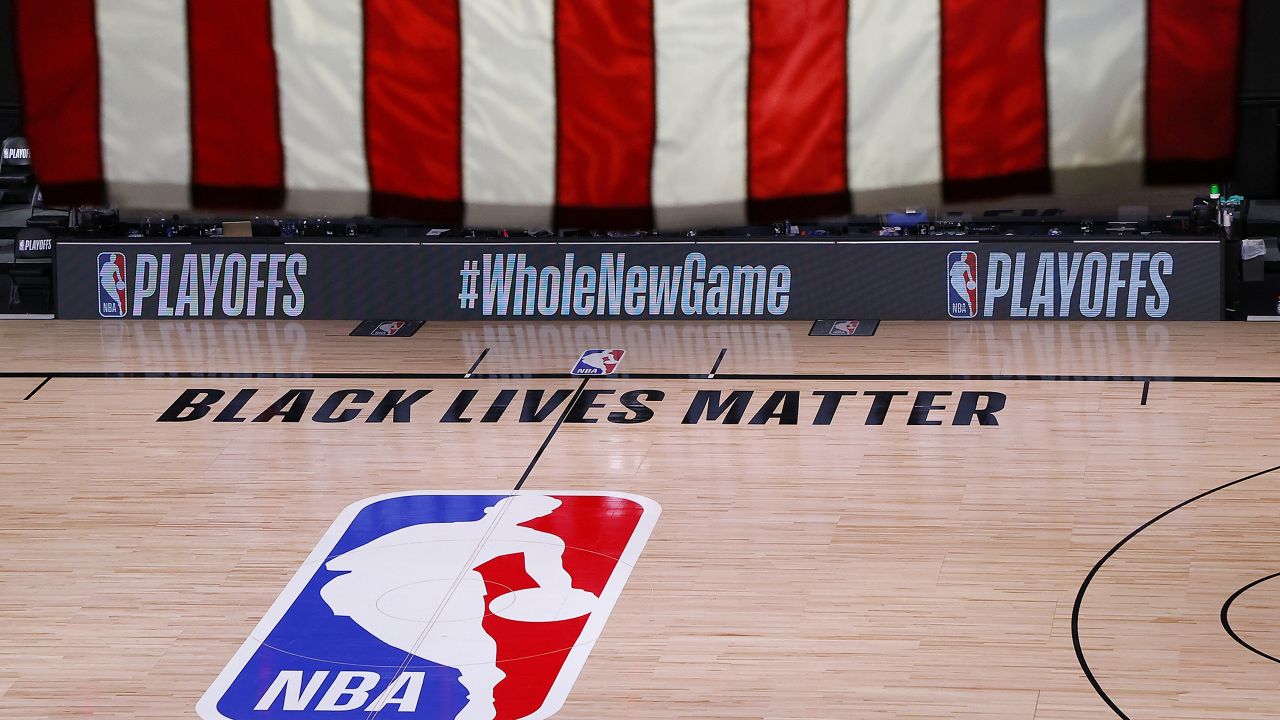 The NBA's players decided to resume the playoffs following a work stoppage Wednesday after the shooting of Jacob BLake in Kenosha, Wisconsin. The Magic-Bucks game had been the first game that was canceled.

In a statement, the league and the National Basketball Players Association announced games will resume Saturday, saying that there will be an "understanding" that the league and players will work together on a number of initiatives.

The NBA and NBPA have put out the following joint statement about play resuming Saturday, along with initiatives the players and league will work on together: pic.twitter.com/2Y2e9eFEfd

The initiatives include a social justice coalition made up of team owners, players and coaches "that will be focused on a broad range of issues" such as voting, civic engagement, and advocating for police and criminal justice reform.

The NBA's players have decided to resume the playoffs, source tells ESPN.

Per The Athletic and Stadium's Shams Charania, the players "want to find new and improved ways to make social justice statements," according to sources.

Sources: Players today discussed the sacrifices all of them have made to reach this point in the postseason, and sense of normalcy returning with families entering Disney Campus. Players who voted not to play on Wednesday night understood.

In a powerful moment on NBA TV Thursday, former NBA player Caron Butler asked anchor Kristen Ledlow how she feels about the current situation in the NBA "as someone that comes from a different walk of life."

“While I can’t grasp it from your perspective, you’re not alone in it.”@realtuffjuice and @KristenLedlow share a powerful moment. pic.twitter.com/LL4FNYKAxO

Ledlow replied, "While I can't grasp it from your perspective, you're not alone in it. And I do hope that on some level, that there's hope that can stem from those of us who may not have been effected in the same way still feeling the weight of these days, in expressing a desire to walk alongside you in whatever capacity that may mean."

ESPN's Adrian Wojnarowski reported early Thursday that "conversations have been ongoing" around the league about how to restart the NBA playoffs ahead of separate meetings with NBA players and the league's Board of Governors.

Conversations have been ongoing throughout the morning among owners, league executives, coaches and players about how the league can restart these playoffs, sources tell ESPN. The players and Board of Governors have separate meetings set to start now.

Wojnarowski also reported that many players stayed up until the early morning hours of Thursday discussing issues.

After the Milwaukee Bucks did not take the floor for their game Wednesday against the Orlando Magic, the Oklahoma City-Houston and Lakers-Trail Blazers also chose not to play their scheduled games.

A number of WNBA, Major League Baseball and Major League Soccer games were also postponed related to the walkout.

Jared Kushner, White House senior advisor and President Donald Trump's son-in-law, told CNBC Thursday that the NBA players who chose not to play in their act of protest are "very fortunate that they have the financial position where they’re able to take a night off from work without having to have the consequences to themselves financially."

Kushner went on to say that "with the NBA, there’s a lot of activism, and I think that they’ve put a lot of slogans out. But I think what we need to do is turn that from slogans and signals to actual action that’s going to solve the problem."

Presidential candidate Joe Biden shared the statement by Bucks players, applauding the players for "standing up, speaking out, and using their platform for good."

This moment demands moral leadership. And these players answered by standing up, speaking out, and using their platform for good.

Now is not the time for silence. https://t.co/hF3dIb7Hde

Blake, a 29-year-old Black man, was shot multiple times in the back by police Sunday while he reached into the SUV where his three children were sitting.

The shooting was captured on cellphone video and has ignited new protests over racial injustice in several cities. Blake is paralyzed from the waist down, his family said.

Police officers unsuccessfully used a Taser on Blake and a knife was found on the driver’s-side floorboard of his vehicle, authorities said. It’s unclear if the responding officers knew about the knife before the shooting.