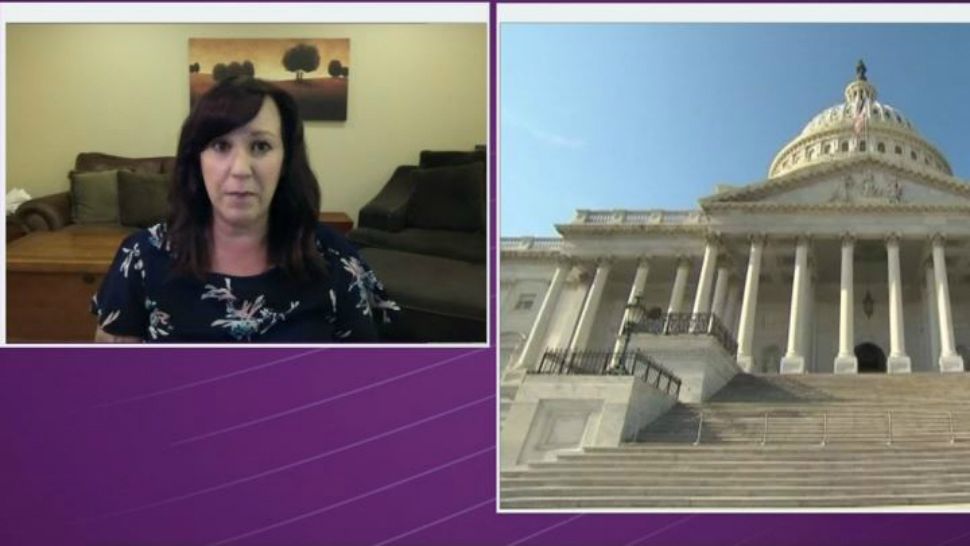 AUSTIN, Texas -- Democrat MJ Hegar is running for Congress in a conservative stronghold.

She's challenging eight-term Republican incumbent John Carter in Texas’ District 31. The area is centered on Round Rock but includes much of Fort Hood and thousands of military veterans.

Hegar's military background is highlighted in a compelling campaign video that's now been viewed more than five million times. The viral video that likens her life story to a lot of "doors" being closed in her face helped her raise more than $1.6 million to challenge Carter.

It's also given her campaign national attention.

"I think the reason the video went viral is because the message that your voice doesn’t count unless you’re a big donor, it pretty much resonates across the country," Hegar said in an interview on Capital Tonight.

Carter won his last election by more than 21 points. But Hegar countered that he’s never faced a tough race.

"He’s never faced a race against somebody that has been able to gather the resources to amplify the message out to voters and cut through that voter apathy and get voters to come to the polls during the midterms, especially," she said.

"He’s kind of acting like he wants to retire and I think if that’s the case, then he should retire and step aside and let someone do the hard work," she said.

Click the video link above to watch the full interview with Hegar.