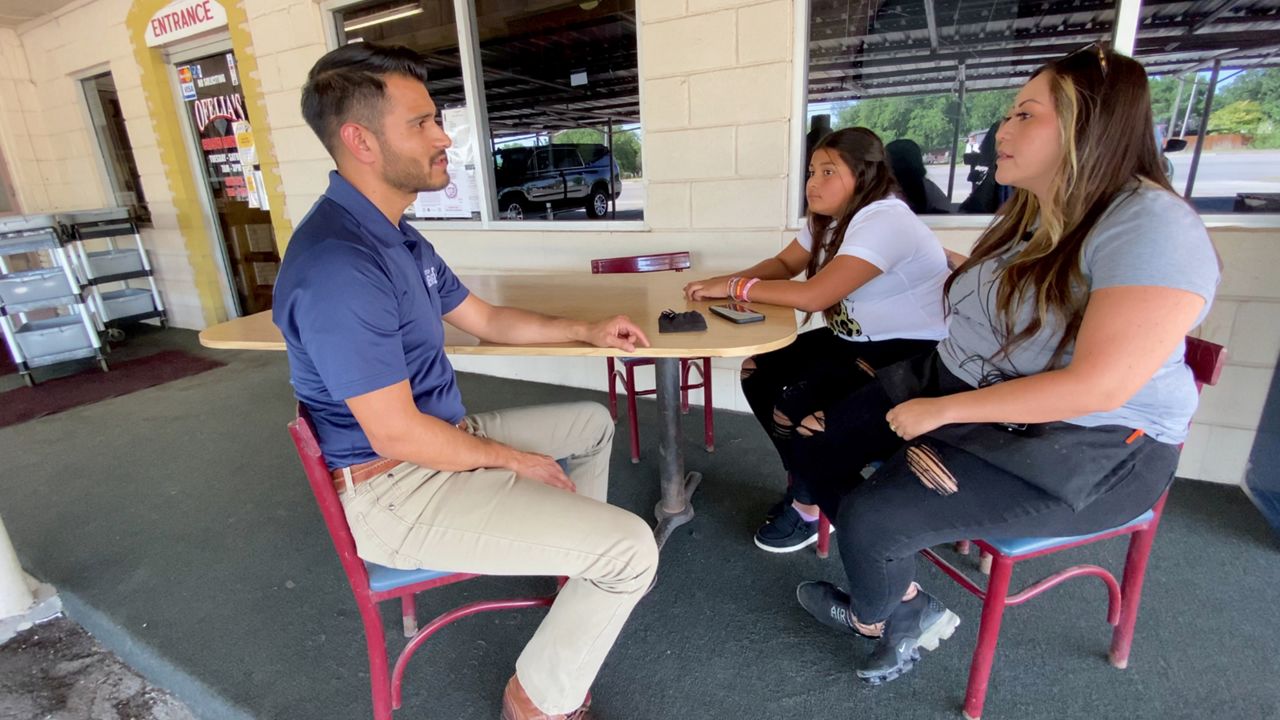 Uvalde parent relieved child was not victim of school shooting, but grieving for lives lost

“He shot the teachers first, and some of the kids went out the window,” explained Kat.

Kat wasn’t there to witness the tragedy, but her friends who were have shared the details.

“Is it scary to know that she could have been one of the one’s in the class. Very scary,” exclaimed her mom Marisela Roque.

Marisela had checked her out earlier in the day after an End of the Year Awards Ceremony.

“I’ve cried all yesterday [and] all this morning, and then I found out her best friend passed, and it’s sad,” said Marisela.

That best friend she lost was 10-year-old Eliahana Cruz Torres. They’d known each other since pre-school.

“She was nice, funny. She liked a lot of boys," Kat described. She even recalled that Eliahana may have wanted to become a nurse or doctor.

“We used to play around a lot, and sometimes we wouldn’t listen to the teacher and we would just like talk to each other, do notes about each other and all that,” said Kat.

Marisela said their teacher, Mr. Reyes, who was a close friend of the family, was shot three times.

“He’s a good teacher. He cares for the kids. He loves his kids,” said Marisela.

He’s now recovering in the hospital and is sharing what happened.

“He just got out of surgery. They’re taking tubes and everything out… He’s just now talking about it and he said it was scary that the shooter had him hostage and started threatening him before he shot all the kids,” Marisela said.

Marisela said her daughter and her classmates never went through an active shooter training. She also said she never had a conversation with Kat about the possibility of something like this ever happening in their town.

“We’ve heard about it, and where it’d happened and stuff like that, but never did we think that it would happen here,” Marisela retorted.

Right now, in their time of mourning, she said above all, she’s thankful Kat wasn’t in the classroom.

“I tell her she had an angel watching her,” said Marisela.