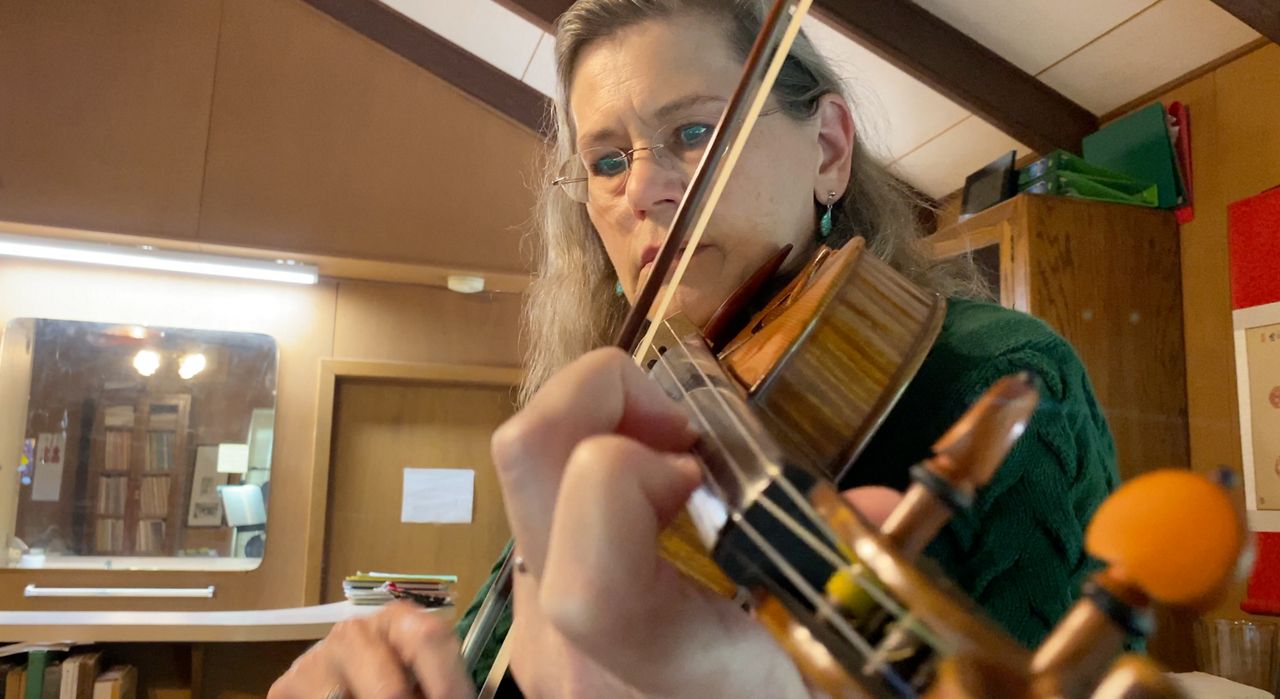 SAN ANTONIO — Mary Ellen Goree’s music resume is pretty extensive. She has a masters of music from Indiana University.

“I’ve been a working professional since 1985,” Goree, principal second violin of the symphony said.

It goes even further back than that. She first played the violin at five years old. Music is her life and loves playing her modern American violin.

“That’s true, but I also want to be respected for what I do, and I want to be paid a fair wage,” Goree said.

She and the other San Antonio Symphony musicians are on strike because of symphony board’s “last, best and final offer,” which would downsize the team from 72 full-time positions to 42 and cut the base minimum salary for musicians from $35,700 to $24,000.

“I can not sit on stage in my chair knowing that 26 of my colleagues lost their jobs just so I could hold onto two-thirds of mine,” Goree said. “It’s a moral issue.”

The strike has gone on for well over a month and has resulted in cancelled shows and the elimination of health care for full-time musicians.

Joe and Toni Murgo have been regular subscribers of the symphony for well over 25 years. Toni Murgo has been protesting alongside the musicians she pays ever year to see. Joe Murgo is concerned that a younger generation of musicians will be derailed to play for the city’s symphony if this goes on any longer.

“It is a major threat to the stability of what we have right now in terms of the musicians leaving and to go to other cities because they can’t afford to stay here,” Joe Murgo said.

It’s the first time the symphony has been on strike since 1985.

“This is the most unified I’ve ever seen this orchestra,” Goree said.

Goree believes the symphony needs to spend the money to hire a qualified director of development, increase the number of board members and allow the musicians to be on the calls with potential donors.

“Nobody is going to put themselves through that process for $11,000 a year and no benefits and very few people will do it for $24,000 a year,” Goree said.

Goree says the orchestra will continue to strike if these needs aren’t met.

“I’m afraid that the city of San Antonio is going to have a big beautiful beautiful and no orchestra to play on stage,” Goree said.

The San Antonio Symphony did not comment when Spectrum News 1 reached out, but they did refer to its website which has updates on the contract negotiations.