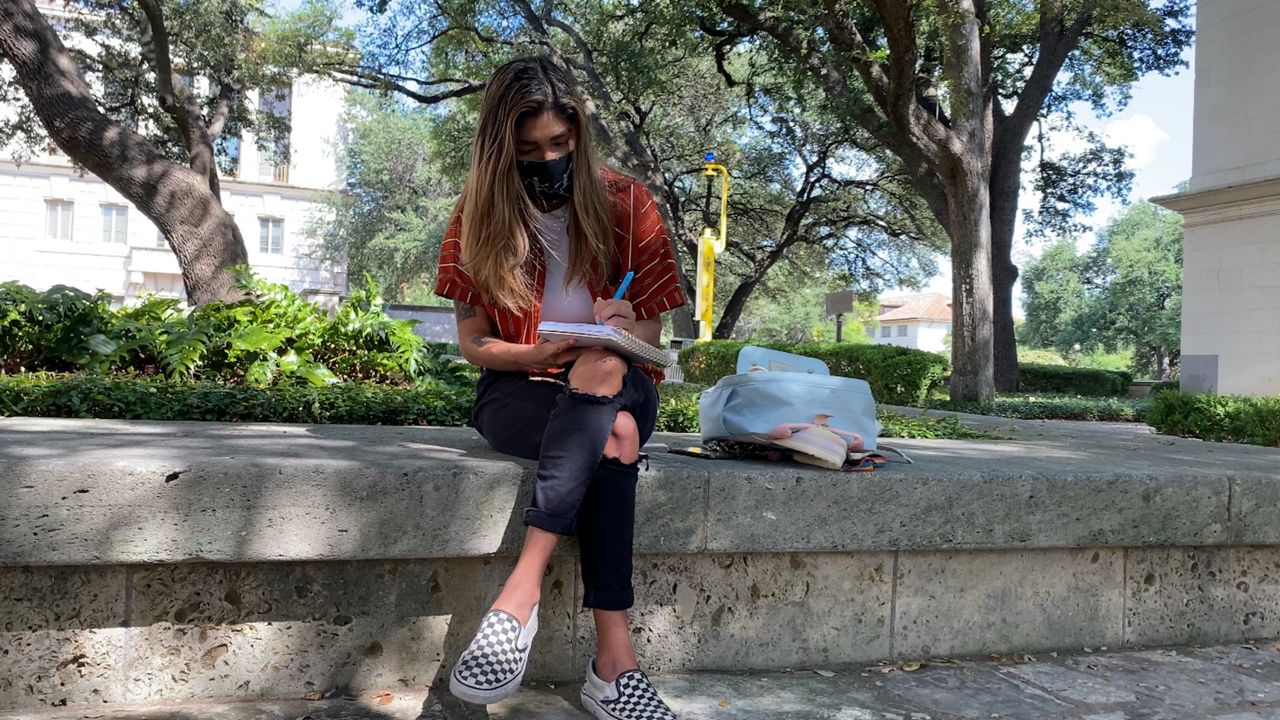 SAN ANTONIO — Gabi Antuna went to the University of Texas at Austin with the idea of studying pre-med. Then, one of her friends took her under her wing and guided Antuna out of the pre-med route to find her true calling — public health.

“I actually plan on doing HIV prevention and working with the LGTBQ+ community. I think high school prevented me from learning about my sexuality and learning about how I can help my community,” Antuna said. “I think it further harmed [me] because I didn’t know how to stand up for myself.”

But now, Antuna says she knows how to stand up for her community, whether it’s in Austin or 80 miles south at her alma matter, Antonian High School on San Antonio’s Northside. It’s a school with policies she wants to change.

Antuna believes this section of the 2020-2021 Antonian student handbook is homophobic and transphobic:

“Students may not advocate, celebrate, or express same-sex attraction in such a way as to cause confusion or distraction in the context of Catholic school classes, activities, or events. All students are expected to conduct themselves at school in a manner consistent with their biological sex.”

So in response, Antuna created an Instagram page called itsokaytobegaysa. The social page includes the numbers of important archdiocese officials and a link to a petition.

Her post has generated more than 2,000 likes, hundreds of comments and nearly 700 signatures for the petition.

“[The goal of the page is] to consolidate all of those responses and the petition I sent to the Archdiocese, so hopefully I can have a meeting with them to talk about these policies,” Antuna said.

Her efforts did catch the attention of Archdiocese officials who clarified and admitted that a new policy will be in place.

“The wording which has been seen and quoted on social media gives an incomplete and inaccurate portrayal of this policy. Issues such as human sexuality are undoubtedly challenging, which is why the new policy moving forward will help their faculties provide clarity to truly assist people who are in difficult circumstances.”

Antuna always thought she would help the LGBTQ+ community as a health care worker, but here she is doing it through social media and policy.

“I just want to make sure everyone has a safe space for sure, and it’s time for these things to change as society is progressing,” Antuna said.