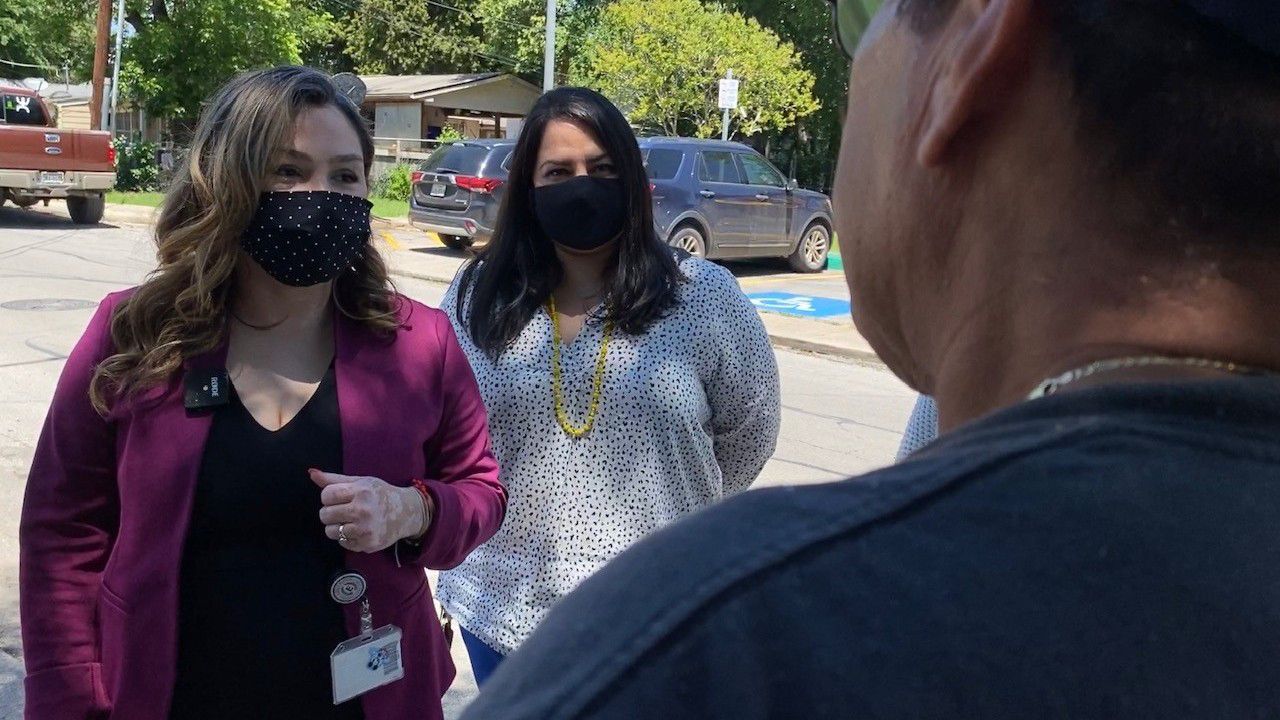 SAN ANTONIO — Edgewood ISD’s community engagement team constantly knocks on doors to educate the barrio. On a recent weekday, they went and asked Ernest Garcia to see if he was vaccinated.

Garcia is the neighborhood handyman, a one-stop shop, so there are multiple reasons why he got vaccinated.

“My family, people around here y todo la escuala tambien [and all of the school as well,]” Garcia says.

There are other Latinos in San Antonio that are on the fence about this vaccine. Recent data showed that only one-third of Hispanics in this city have received at least one dose of the COVID-19 vaccine, so Edgewood ISD is teaming up with UT Health Science Center to inform folks. 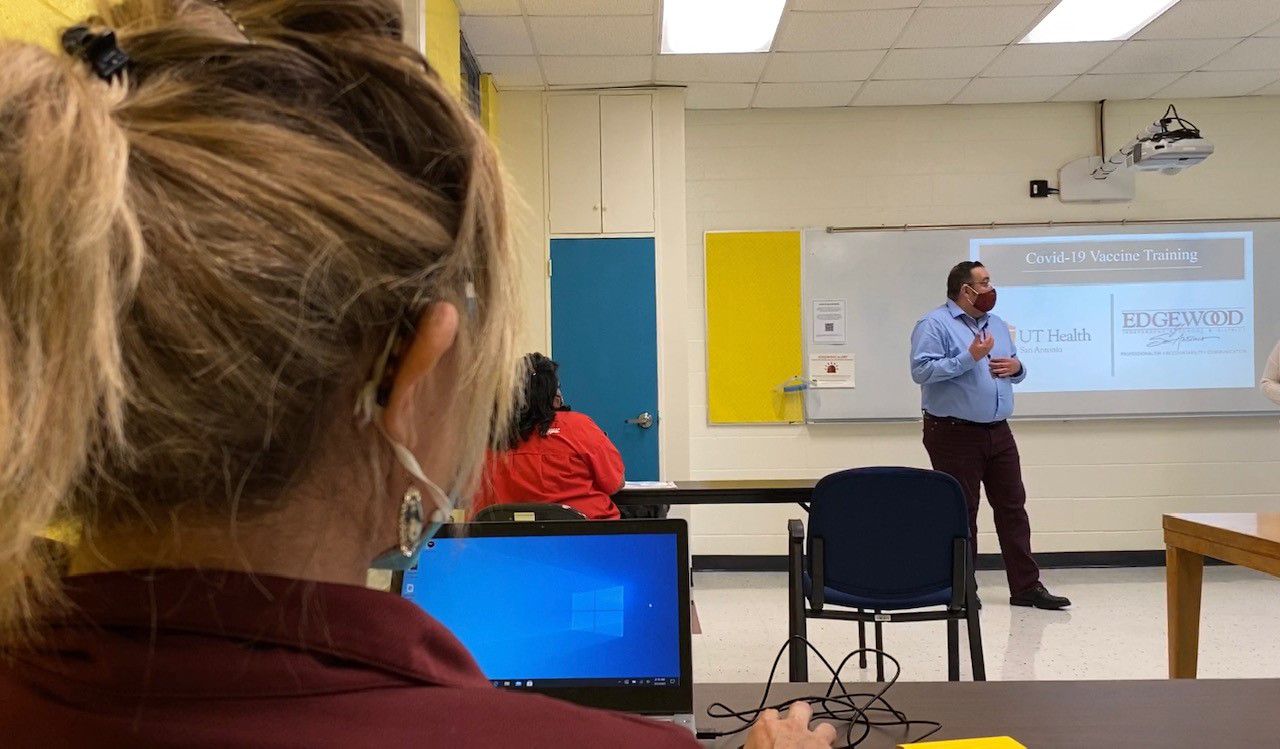 George Garnica is the family engagement coordinator for Edgewood ISD, which rests in a neighborhood that’s 96% Latino. He’s noticed a common trend amongst the hesitancy in the neighborhood his team serves.

“I really think it’s misinformation. A lot of our community members were saying ‘I’m not going to get the vaccine because it has the virus in it,’” Garnica says. “Well, after going through the training at the UT Health Science Center, we learned the basics of what it’s in vaccine.”

Veronica Salas has been knocking on doors, passing on the information to folks in the community and she says they’ve been receptive for the most part.

“But then you do have the small group where they are being influenced by myths and lies about the vaccine,” Salas says.

Salas credits the training for giving her the knowledge to provide well-needed answers, and aside from educating people, they also help them get signed up for Edgewood’s frequent vaccine clinics.

She believes every Latino community deserves those resources.