Ahir Chatterjee stands as head of the League of Legends team. (Spectrum News 1)

University teams play to prove esports are worth the investment

AUSTIN, Texas — Ahir Chatterjee has been playing “League of Legends” since the release of season two, which dates back to November 2011. He was in middle school at the time.

2021 will mark 10 years since he picked up the game thanks to his brother.

“It’s a game me and my brother bonded over. We have a six-year age difference so he’s the one who ended up getting me into the game,” Chatterjee said.

Chatterjee’s competitive edge grew, eventually surpassing his brother’s skillset and grabbing the attention of friends in high school. Chatterjee spearheaded a movement to create a team at his school and soon enough, he was winning scholarship money for college.

“It was actually a really insane experience for all of us because we never considered we could actually take this game very seriously,” Chatterjee said.

It was a no-brainer for Chatterjee to join Longhorn Gaming once he started classes at the University of Texas at Austin. As a junior, the 21-year-old is head coach of the League of Legends team. 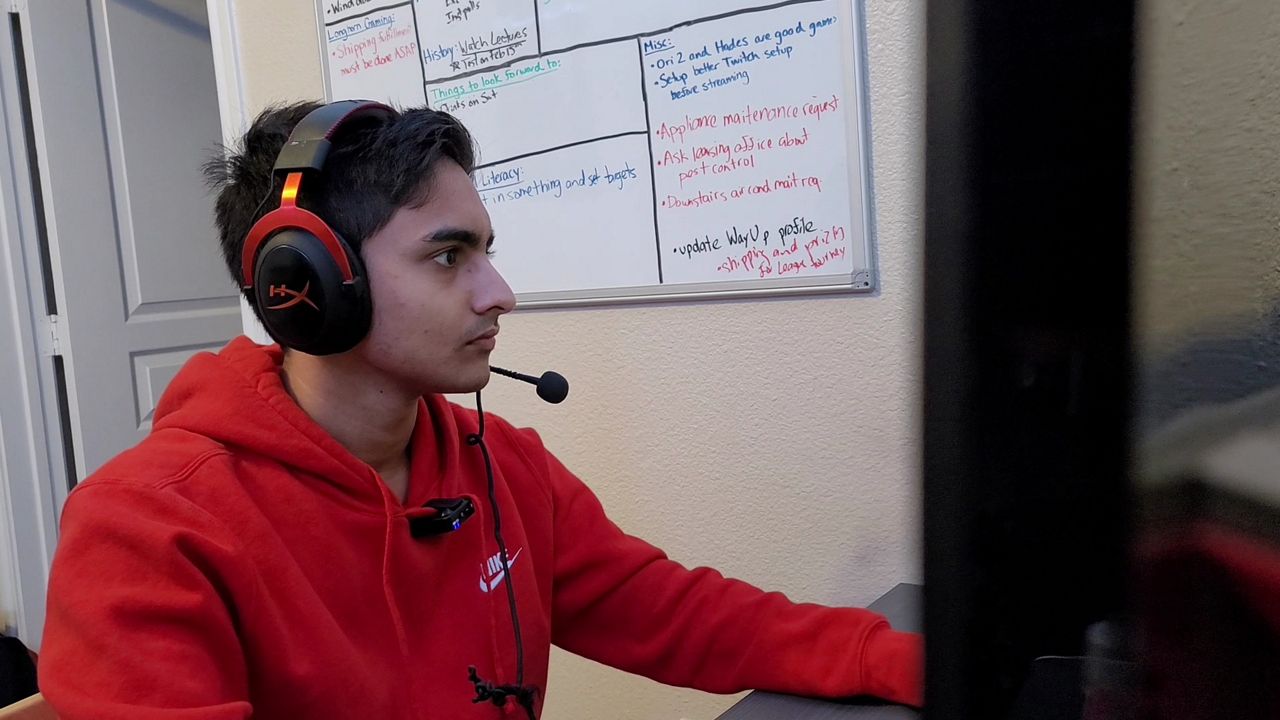 Ahir Chatterjee is on his computer. (Spectrum News 1)

Over the course of the pandemic, Longhorn Gaming has continued to compete. Unlike traditional sports, esports remained largely unchanged. Gaming analytic company Newzoo says total revenue in 2020 reached just over $950 million. Newzoo estimated that would be $1.1 billion at the beginning of 2020 but the lower figure was mostly a result of canceled or postponed events while demand remained high throughout the year.

“Now that the pandemic hit, I feel like more people are aware of how big esports really is. It definitely wasn’t as huge until people were forced to be inside more,” Chatterjee said

Longhorn Gaming has been at UT since Chatterjee has been playing LOL but it was just this year the group became a sponsored student organization.

“They’ve done very well on their own but I think they agree they’re at a point where they could utilize some staff resources and staff support,” James Buckley, University Unions’ director of facilities and operations, said.

Buckley says the benefits of becoming sponsored by the university will outweigh any changes. For example, as a registered student organization, players could pocket money won in tournaments. As a sponsored organization, that money will go back to Longhorn Gaming.

“The resources provided to them I think they will find to be tremendous benefit to them in the long run,” Buckley said.

For the first time in its history, Longhorn Gaming will also have access to UT branding. Additionally, the organization will get department help with finances, budget, and space.

Buckley says the university is in the planning stages of building out an esports area in the Union Underground. The arena will serve as center stage for Longhorn Gaming competitions but will also serve as a spot on campus for students to game.

“My hope is by this time next year the facility space will be open and usable,” Buckley said.

While Longhorn Gaming has been making do playing from home, it comes with its own challenges. Chatterjee recalls a time early on in his career at UT when Longhorn Gaming lost out on thousands of dollars in winnings because of a power outage in West Campus.

“During a very decisive match, they lost it all in seven minutes even though they were the favorites,” Chatterjee said. “Three players disconnected and the fourth tried to round them up and tried to get them to a central location.”

The team lost a chance to play on the national stage. The story, Chatterjee says, would have been preventable if the team had an arena. 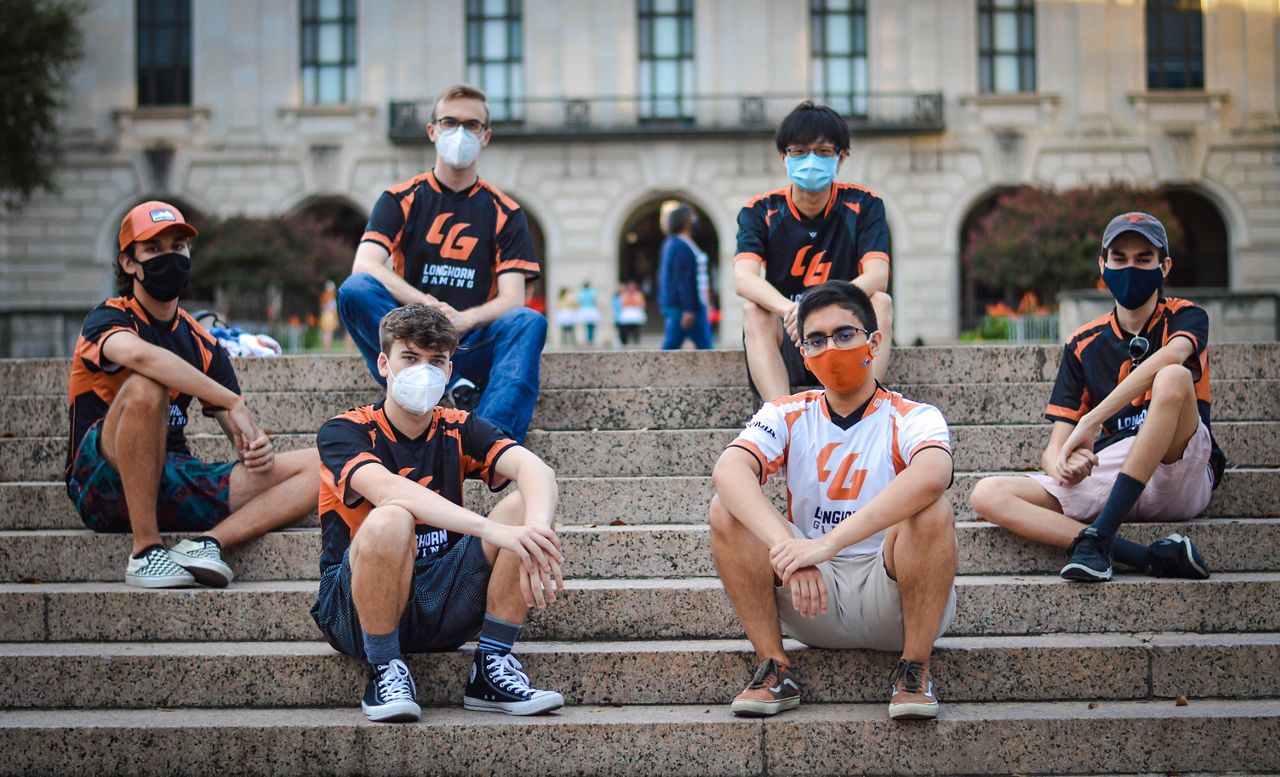 Even with this all coming together, Chatterjee says Longhorn Gaming still has a lot to accomplish.

“Our end goal is to be our own department at UT. Something along the lines of how athletics already does sports and hopefully become in line with that,” he said.

It’s a task easier said than done, but not impossible. In Austin, St. Edwards and Concordia Universities both have esports programs included in their athletic department. As for public universities, UT Dallas’ esports team is part of the athletic department, but it should be noted UTD’s enrollment is a little more than half of UT Austin's. UTD also doesn’t have a football team.

According to Hook’em.com, Longhorn football made more than $44 million in ticket revenue during its last full 12 game season in 2019. That doesn’t include donations, licensing and sponsorships.

Christiansen is the public relations director with Longhorn Gaming. He says although events like the Red River Clash in 2020 were affected by the pandemic, they continued virtually as a way to show UT administration the efforts other power five schools are putting into their esports programs. In this instance, the other school was the University of Oklahoma.

“It’s a matter of building events like this one and showing they can bring in revenue, they can sell tickets,” Christiansen said.

As the growth of esports continues in the United States and across Texas, if global revenue isn’t enough to get the attention of UT administration there’s only one thing Longhorn Gaming can do.

“We’re going to have to keep winning. We already have a good track record of being one of the best esports universities in Texas. Hopefully by getting the sponsorship, we can put everything on a bigger platform and make it louder for all the UT admins to hear,” Chatterjee said.